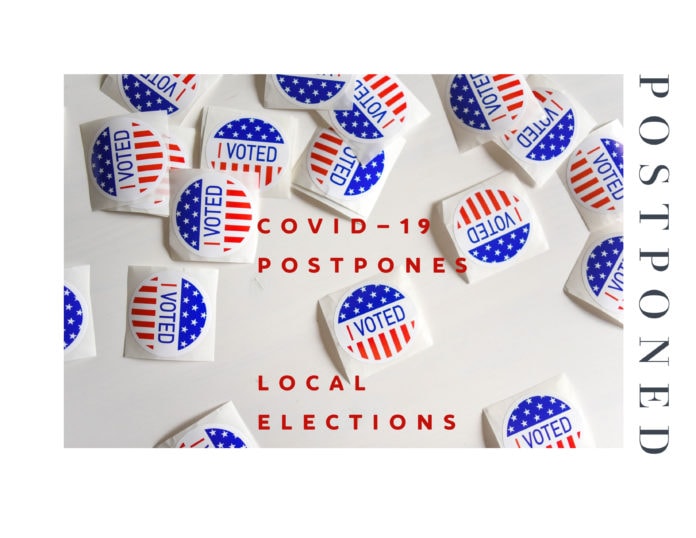 As the world battles the novel coronavirus COVID-19, other battles are being postponed, like local elections.

Some area school districts and cities have already postponed upcoming elections. Meanwhile others are set to vote on whether or not to follow suit and move them to Nov. 3, which would coincide with the national elections – including for President of the United States.

On March 18, Gov. Greg Abbott issued a proclamation suspending provisions of the Texas Election Code to allow political subdivisions to postpone their 2020 local elections. This means local governments now have the ability to postpone their May 2 elections until Nov. 3.

In Mansfield, for example, school and city officials have announced postponement of their respective elections.

“Although I understand why municipal and school board elections needed to be moved to mitigate the pandemic, including local non-partisan elections, to the November date, it is disappointing,” Mansfield school board member Raul Gonzalez said. “Local elections are very important and will be overshadowed by the state and national election.”

Likewise, Midlothian has postponed both its school and city elections. The Red Oak School District has done the same, while there are no city elections set for Red Oak this year. The cities of Venus and Lancaster have likewise postponed.

“During this time, the ability to hold an election, including early voting, is not feasible due to COVID-19 restrictions,” Red Oak ISD Superintendent Brenda Sanford said. “Postponing the elections allows us this time to focus on student remote learning and, hopefully, getting back to a regular schedule before the end of the school year.”

The city of Cedar Hill has postponed its elections with all candidates running unopposed. The Cedar Hill School Board is voting April 6 on whether to postpone its school district election. In DeSoto, the city and school elections have been moved back to November.

“Dr. (Gerald) Hudson (superintendent) and the board of trustees are committed to acting in the best interest of Cedar Hill ISD and the Cedar Hill community,” Cedar Hill ISD Board President Cheryl Wesley said. “We want to accept Governor Abbott’s waiver to postpone our May elections.

“In light of what is happening in our country, we do not want to further burden our citizens. If that means postponing the May board elections to November for the sake of public safety and health, we are prepared to do that.”

On the city of Mansfield website, it states that Mayor David Cook is in discussions with Abbott to allow for a July election if circumstances permit.

In Duncanville, the city and school board are also expected to vote soon on the status of their upcoming elections.