Today was not an ordinary Saturday as fans entered Lion Stadium in Plano. The crowd was excited to see who was going to be this years Texas Christian Athletic League (TCAL) State Champions. K104 sports radio host Ron Murray Jr. was in the building to see this exciting event. Murray was impressed with game MVP Tayden Gray as he played well on both the offensive and defensive sides of the line. Gray scored two Touchdowns and had some key defensive stops to will the Warriors to victory despite unexpected challenges.

Coach Turner from Trinity had his team clicking as the running game was on a roll. They kept the ball on the ground for 12 plays in a row. The 13th play capped off when quarterback Khatori Craw completed a touchdown pass to Isiah Alyander.

Newman was able to strike back with a touchdown pass of their own. Quarterback Joshua Rico threw a back shoulder pass to the dynamic wideout Tayden Gray. The game was close going into the half with Trinity up 10-6.

Newman’s Coach Johnson then had to make a change as Joshua Rico injured his hand and was not able to go on. In that moment, Coach Johnson inserted wideout Tayden Gray as quarterback. Knowing that the young man had never played this position, Coach Johnson believed that Gray could get the job done. This bolt of confidence paid off as Tayden Gray was able to run for 118 yards and two touchdowns. The team was able to come from behind providing a victory for Newman International. 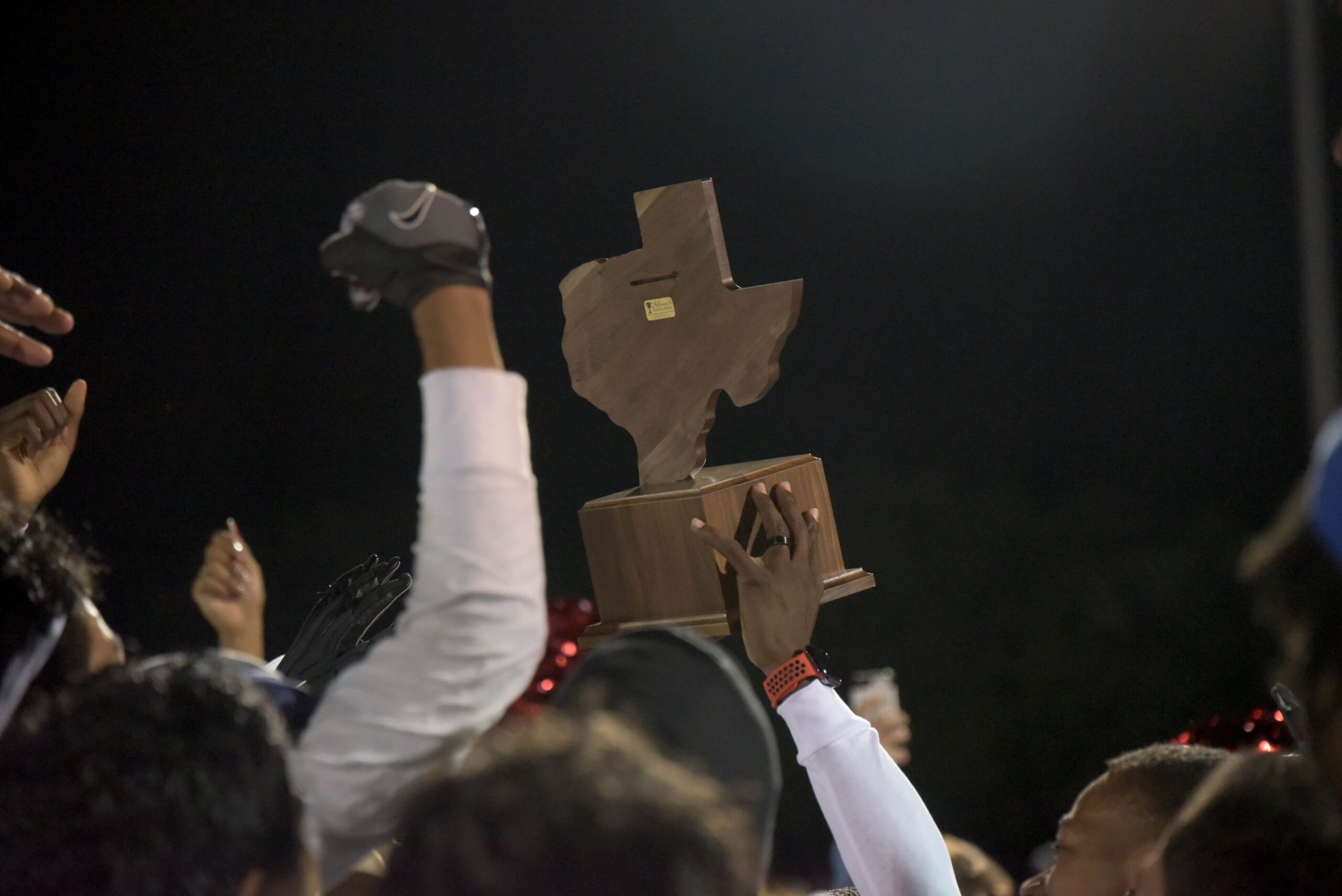 Congratulations to Coach Johnson and the Cedar Hill Newman International 2021 state champions whose young men will be enjoying their well-deserved title.

*Last week, Quarterback Joshua Rico won the Built Ford Tough Texas High School Football Player of the Week award for small schools. Coach Johnson noted he is the first player in Newman history to ever receive this award. “This kid is truly the definition of trusting the process.” He added, “This award is not easy to win and is only given to one player a week during football season across the entire state of Texas. Not only is this a huge achievement for him but for our Newman Cedar Hill football program and campus as well.”