Aledo Was No Match For The Longhorns

The game of the week did not disappoint anyone, as the Cedar Hill Longhorns traveled west to take on the defending 5II State Champions Aledo Bearcats. Normally you would not see a match up like this but as we all know this year is not a normal year at all. For that reason, fans were able to get a treat they would not have received any other year.

You could feel the energy in the air as both teams took the field. Aledo was looking to go 3-0 and show that this smaller division could not only compete but also win in an upset.

The game started off with a turnover as Cedar Hill’s kickoff team was able to strip and recover the ball from Aledo. The Longhorns were able to mix up the pass and run game and keep the Bearcats on their toes. Quarterback Kaidon Salter was locked in from the start of the game. He was able to lead his team and evade defenders as he threw the ball right over the top of a defensive lineman and into the hands of Julian Austin for a touchdown. Salter or should I say Houdini was able to find his men down the field for 241 yards, 3 touchdowns and ran for 128 yards on the ground. His guys not only play for him but they believe their destiny is winning a state title.

The special team was able to set the tone with a jarring hit delivered by Quincy Davis that allowed the Longhorns to recover the ball. The Longhorn defense did their part as the front seven were able to get after Aledo’s quarterback and make Brant Hayden very uncomfortable. The passing lanes were not there as the defenders were able to bat the ball down and sack him as well. Aledo was only able to pass for 109 yards.

Also, JoJo Earle the exciting LSU commit was held under 100 yards and no touchdowns. The coaching staff of the Longhorns knew every time they saw running back Demarco Roberts and wideout Earle in the backfield it was going to be a run. Coach Lynn was able to coach an incredible game as his guys played assignment football and it showed all four quarters. His secondary was able to make key plays and even intercept the football to close out the game.

It was refreshing to see Cedar Hill Superintendent Dr. Gerald Hudson supporting the Longhorns football team. These young men see him and know that he is invested in not just football but ensuring they have a successful life after football. Also, Athletic Director Melanie Benjamin was there to support the young men. Everyone was there to support the team; from the stands you could hear more encouragement the parents. As the game ended, quarterback Kaidon Salter took a photo with these two young fans names John and Bryce. That was the highlight of the game for them.

Next up to the 2-0 Cedar Hill Longhorns is the 1-3 Lake Ridge Eagles. Let’s go Longhorns! 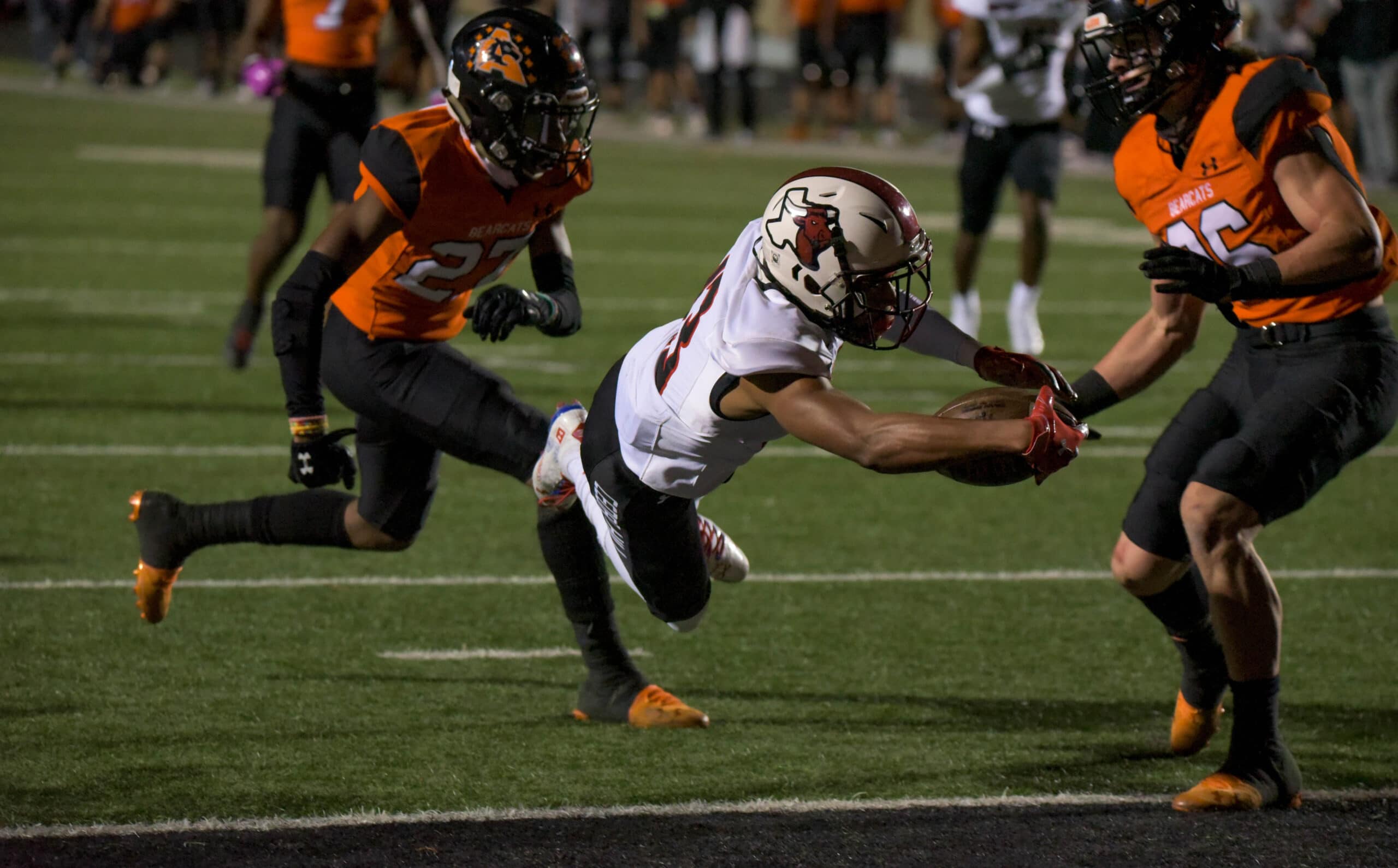