In a matchup of two legendary programs, these Longhorns were up for the challenge.

The Cedar Hill High School Football Team, ranked 11th in Class 6A, earned a 27-17 victory over defending Class 5A State Champion, Aledo, on Friday night at Bearcat Stadium in Aledo.

It was only the third time since 2007 that a visiting team won at Aledo, and Cedar Hill’s first victory over the Bearcats since 1979. Aledo leads the all-time series, 9-6, as Friday’s game was the first in the series since 1985.
Longhorns senior quarterback Kaidon Salter, a Tennessee commit, led the way with a game-high 370 offensive yards and three passing touchdowns.

Cedar Hill (2-0) showed what head coach Carlos Lynn called “uncommon strength” in the fourth quarter, when Aledo (2-1), winners of 17 of its past 18 games, had the homefield advantage on Homecoming Night.

One big play could turn the momentum in the Bearcats’ favor.

The Longhorns held a 20-17 advantage and simply needed a defensive stop. Senior Kendall Stevens intercepted a pass, and Cedar Hill just needed a first down to head east on Interstate 20 with a victory in hand.

They did more than that as senior Kevin Young Jr. sealed the victory with a touchdown run – the Longhorns’ only rushing score of the game.

Cedar Hill came out strong in the first quarter, recovering the opening kickoff and scoring a touchdown on a 15-yard pass from Salter to senior Julian Austin, an Oklahoma Baptist commit, on fourth down.

Cedar Hill led 13-10 at halftime, but there was a lot of football left to be played. Dewayne Blanton caught a 27-yard touchdown pass in the second half for a 20-10 lead.

The Longhorns’ stellar defense accomplished the rare feat of limiting Aledo’s Jo Jo Earle, an LSU commit to less than 100 yards of offense.

Cedar Hill outgunned Aledo, 403-231, including 241 to 109 through the air. The Longhorns didn’t have a turnover, but they forced three Bearcats turnovers.

Cedar Hill improved to 13-4 after bye week games (since 2004), and Friday was the Longhorns’ 10th consecutive regular season victory.

The Longhorns are 2-0 all-time against Lake Ridge, which opened in 2012 and finished second in Class 5A in 2015. Last season, Cedar Hill defeated the Eagles, 28-24, in Mansfield. 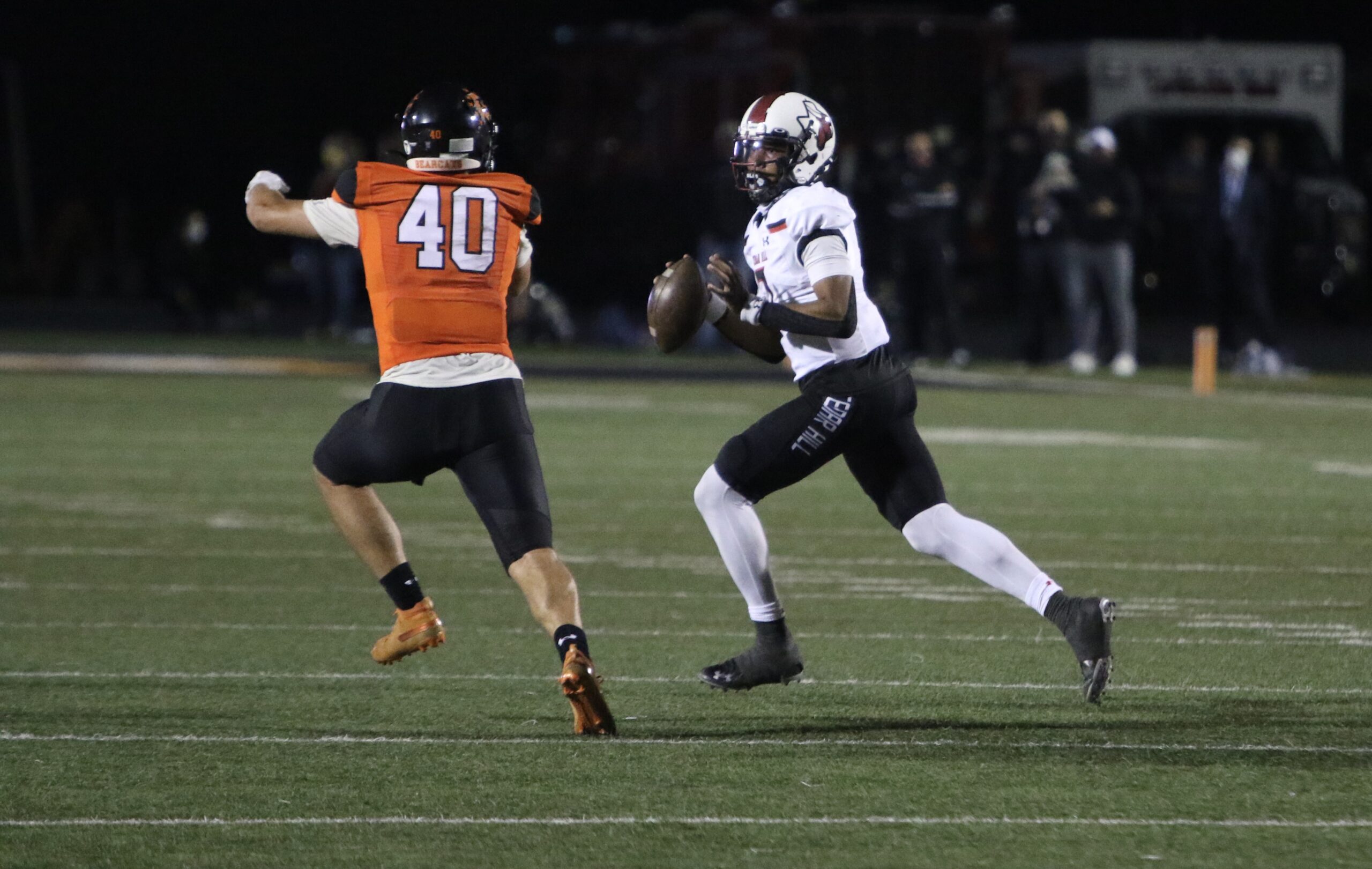