Texas, known for its football talent, led all states in the weekend’s NFL Draft with 33 selections.

Among those, five were from the Best Southwest coverage area, including two from DeSoto, and one each from Cedar Hill, Mansfield Summit and Waxahachie.

Colorado junior wide receiver Laviska Shenault Jr. from DeSoto became the highest draft pick from the Buffaloes since 2011. He was taken in the second round as the 42nd overall pick by the Jacksonville Jaguars.

Later in the draft, Shenault’s former high school teammate at DeSoto, Southern Methodist University senior wide receiver James Proche, was taken in the sixth round by the Baltimore Ravens, the 201st overall selection.

Cedar Hill’s Trevis Gipson, a senior defensive end at Tulsa, made history when he was drafted in the fifth round by the Chicago Bears, the 155th overall pick. He became the highest draft pick ever from Cedar Hill.

Texas Christian University had two area players drafted. Waxahachie’s Jalen Reagor, a junior wide receiver, was the 21st overall pick in the first round by the Philadelphia Eagles. Also, senior safety Vernon Scott from Mansfield Summit was taken in the seventh round by the Green Bay Packers as the 236th selection.

Shenault was a key player in the DeSoto Eagles’ first state football championship in school history in 2016, helping lead them to a 16-0 record.

Heading into last season Shenault was projected as a potential top 10 pick, but injuries that limited him for roughly half the year dropped his stock. He underwent surgery immediately after the NFL Combine in February to repair a core muscle and a recent doctor’s report pronounced him 100 percent healthy.

“I definitely had first-round hopes, but it is what it is,” Shenault said. “I understand everything happens for a reason. I’m just ready to work.”

Shenault turned heads with a breakout sophomore year for the Buffs when he caught 86 passes for 1,011 yards and six touchdowns while rushing 17 times for 115 yards and five scores.

Shenault scored a touchdown the first time he touched the ball as a Buff, when he picked up a fumbled punt and took it 55 yards to the end zone as a freshman against Texas State.

“You can use him in different alignments to try to get some mismatches on safeties and linebackers,” Jaguars Director of College Scouting Mark Ellenz said. “It’s something (offensive coordinator) Coach Gruden, with our discussions with the coaching staff, was talking about. He kind of fit the mold of some of the things they want to do offensively.”

Shenault said his reputation for toughness is something he takes pride in.

“That’s how I live my life, being tough,” he said. “I take it to the field. Anytime you see me, you’re going to see me being tough.”

His younger brother, La’Vontae Shenault, is a redshirt freshman this year on the Buffs’ roster.

Gipson is the first member of the Cedar Hill Longhorns’ 2014 state championship squad to be drafted into the NFL. He is also only the third Longhorn ever selected, joining Dezmon Brisco in the sixth round in 2010, and Josh Thomas in the fiftund (though later in the round) in 2011.

“I am so appreciative of the Chicago Bears, and I look forward to playing alongside Khalil Mack, one of the best defensive ends in football,” Gipson said. “It’s an exciting moment.”

Gipson and Tulsa teammate Reggie Robinson (a cornerback drafted by the Dallas Cowboys in the fourth round) represented the first Tulsa players drafted since 2011 and the first Hurricanes duo to be drafted in the same year since 1994.

Gipson, who moved into the starting lineup as a junior, finished his career at Tulsa with 114 tackles, including 95 his final two years.

“I’m fired up,” said Joey McGuire, who was the Longhorns’ head coach while Gipson played for Cedar Hill. “He’s a phenomenal kid who went to Tulsa and showed what he could do. I think he will flourish in Chicago and be a really productive player for a really long time.”

The former DeSoto standout led the nation with 111 catches, was fourth in touchdown receptions (15) and 13th in receiving yards (1,225). He also ranked second nationally in average catches per game with 8.5.

The Waxahachie product is not the highest draft pick ever from that school, but he could be the highest selection ever to play a down in the NFL, eclipsing a record currently held by his father, Montae Reagor, who was taken in second round in 1999 by the Denver Broncos.

The highest draft pick from Waxahachie was Richard Chapman, who was selected 13th overall in the first round by the Detroit Lions in 1954. However, Chapman never played in the NFL, choosing instead to pursue a Ph.D in nuclear physics.

In three seasons, Reagor tied for second in TCU history in touchdown catches (22), while placing sixth in receiving yards (2,248) and seventh in receptions (148). As a sophomore, he set a TCU record with a touchdown catch in seven consecutive games. He was also the first wide receiver in TCU and Big 12 history to top 100 yards rushing (121) and 90 receiving (91) in the same game.

Scott had a 98-yard interception return for a touchdown against Oklahoma this past season, one yard shy of the school record. He posted 44 tackles and had seven pass breakups in 2019.

Scott played in 46 games in his TCU career with 12 starts. 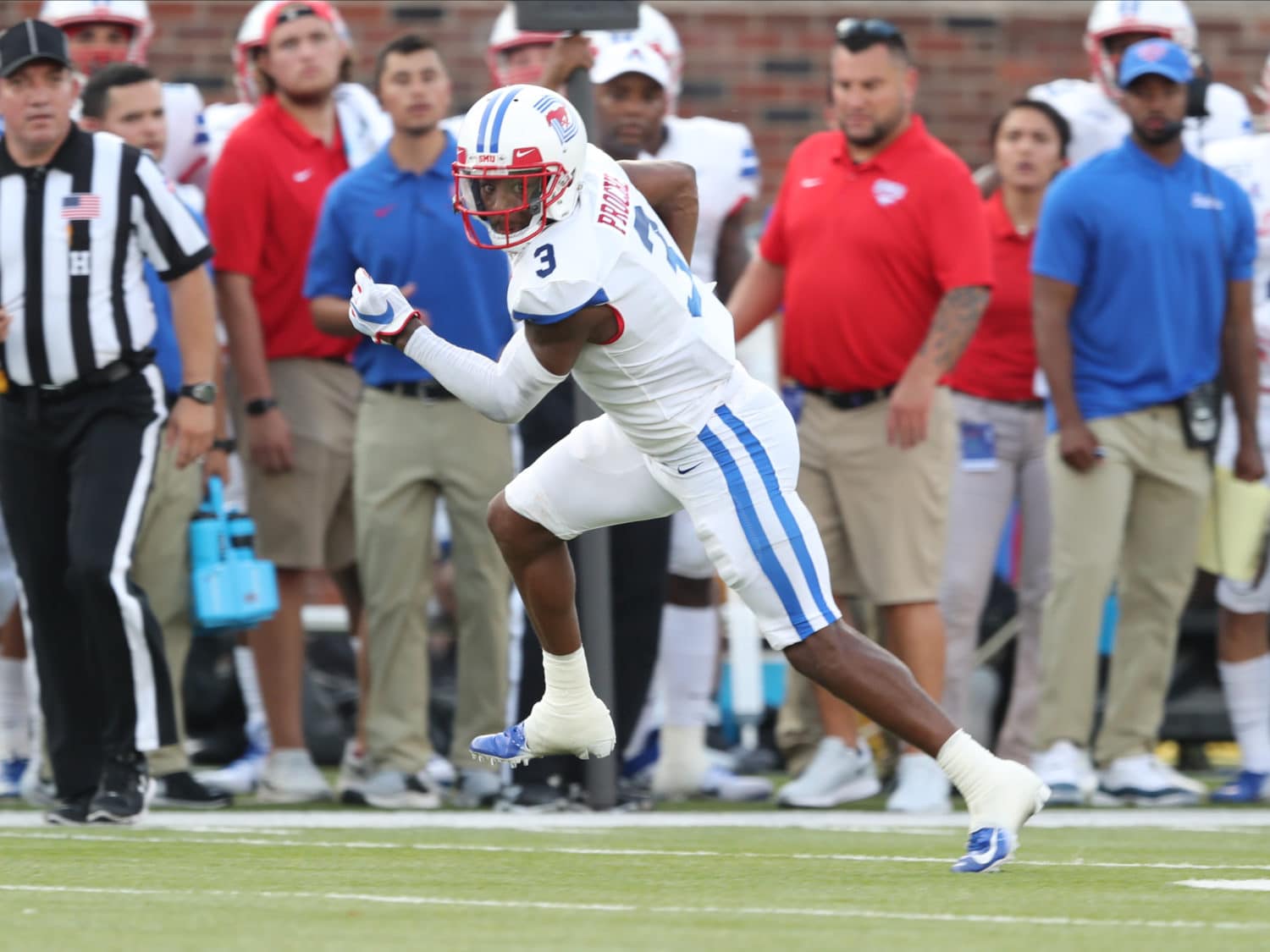