Home News Google Increases Investments In Midlothian And Beyond

Google Gives Back To Midlothian Ahead Of Data Center Construction

MIDLOTHIAN—Google continues to expand its Texas market share with a new $600M Google data center in Midlothian. The company will also be taking more office space in Austin.

“As the Chairwoman of the House Science, Space, and Technology Committee, I understand how crucial new development in technology is. As representative of District 30, I know how crucial it is for Texas and for this area in particular,” Congresswoman Johnson said. “I am glad to see that an American company is setting the standard, through Google’s commitment to this center.”

Google’s $600 million to develop the Midlothian Google data center site will create a number of full-time jobs. The construction of the facility itself will create a number of construction jobs as well. Google data centers deliver key tools and resources to Internet users, including search results, YouTube videos, Gmail and other apps to billions of people around the world.

Congresswoman Johnson explained these types of investments represent more than the physical infrastructure that will be built.

“Instead they showcase a commitment to growing STEM education initiatives for students and advancing the workforce of tomorrow – two areas of great importance to me in my work,’ she added. “I’m hopeful that this investment is just the first of many that will enhance economic opportunity and quality of life in this region. Everything is bigger in Texas, and if Google didn’t already believe that, they certainly will once they find the larger than life talent of Texans.”

Recently elected Midlothian Mayor Richard Reno said, “This new Google data center will be a boon to our job market and overall economy. I know we’ll be great neighbors and partners, and we’re so proud for Google to call Midlothian home.”

As part of its commitment to the community, Google also announced a $100,000 grant to the Midlothian Independent School District to support the continued growth and development of the region’s STEM programs in schools.

“We are so grateful to Google for its commitment, not only to the economic growth of Midlothian. Superintendent of Midlothian ISD Lane Ledbetter adds, “Also for the company’s commitment to educational offerings for our students. We’re living in an increasingly digital economy, and this grant will expand resources to our students as we prepare them for their future.”

In Austin, Google also leased additional office space located in downtown and east Austin, respectively. This move was done to accommodate the company’s short and long-term growth. The company will move into Saltillo at the beginning of next year to help accommodate immediate growth.

“We are thrilled to be growing our Texas roots with our new $600M Google data center in Midlothian and expanding our presence in Austin. Texas has been an important home for Google since establishing our first Austin office in 2007, and we look forward to continued investment in the Midlothian community,” concludes Google’s Head of Public Policy Andrew Silvestri.

Google has been an active part of the Texas economy for the last 12 years. 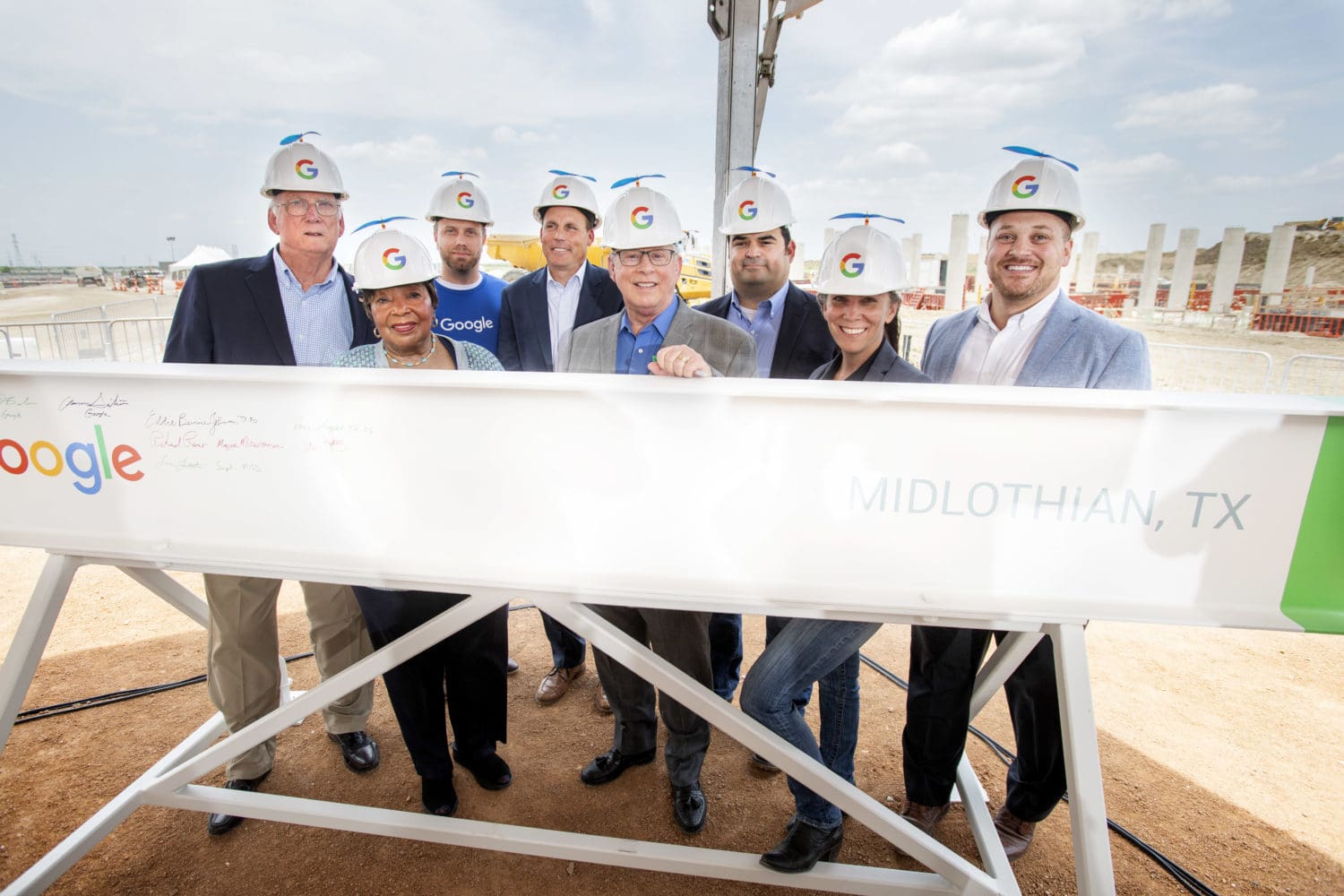