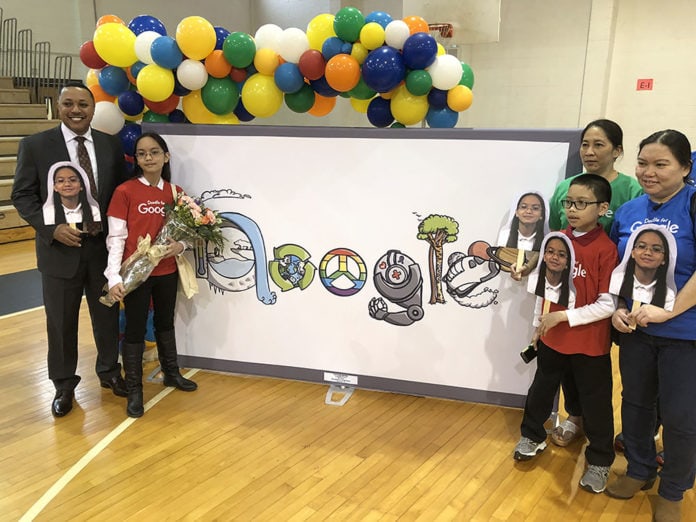 LANCASTER—While other students from Lancaster Elsie Robertson Middle School were enjoying their spring break, seventh grader Christelle Matildo was in her room creating her masterpiece for the National Doodle for Google contest.

“I would have to say at this point that my spring break was worth it all,” Matildo said.

The last day of school Lancaster Elsie Robertson Middle School students participated in a surprise assembly where Google representatives announced that Matildo was one of the 53 State and Territory Winners with her doodle, “A Hopeful Future.”

Christelle’s doodle was one of thousands of entries this year. Representing the great State of Texas, she has a chance to win the National contest and could soon have her art on the Google homepage for hundreds of millions to see. Voting opened from June 3rd -June7th and now Matildo awaits the announcement to see if she will advance to one of the five National Finalists, one of which will have their doodle featured on the Google homepage for a day.

“It was very exciting to me when they called my name out as a National Finalist in front of the whole school,” Matildo said. “I want to make Lancaster ISD proud as I represent my school in this contest.” 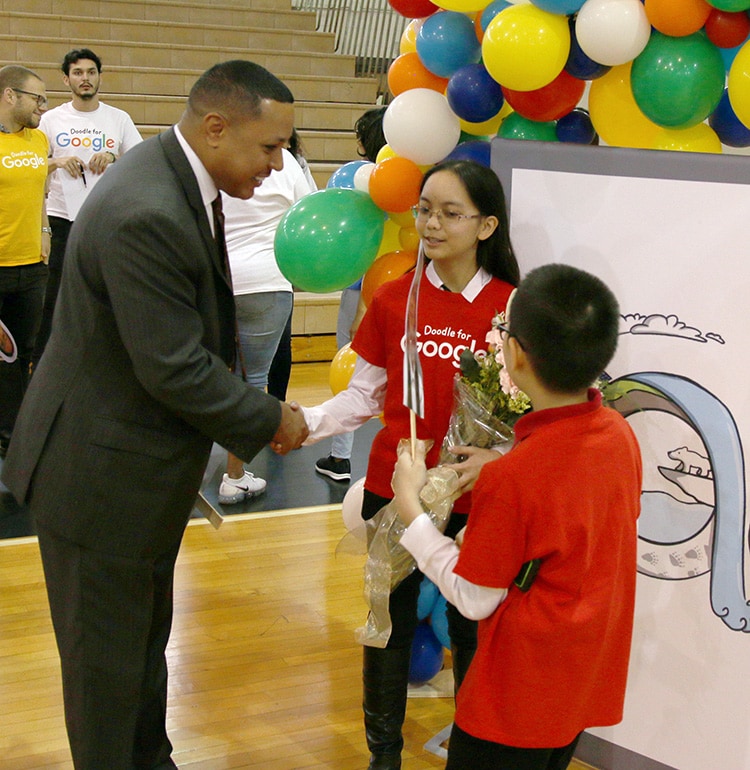 Christelle’s mother Calinga Cion said she knew more than a month ago that Christelle was the winner for the State of Texas but she kept it a surprise.

“Holding it back from her was very difficult,” Mrs. Cion said. “I had to try and convince her to dress nicely on the day she was being named even though it was supposed to be a field day.” 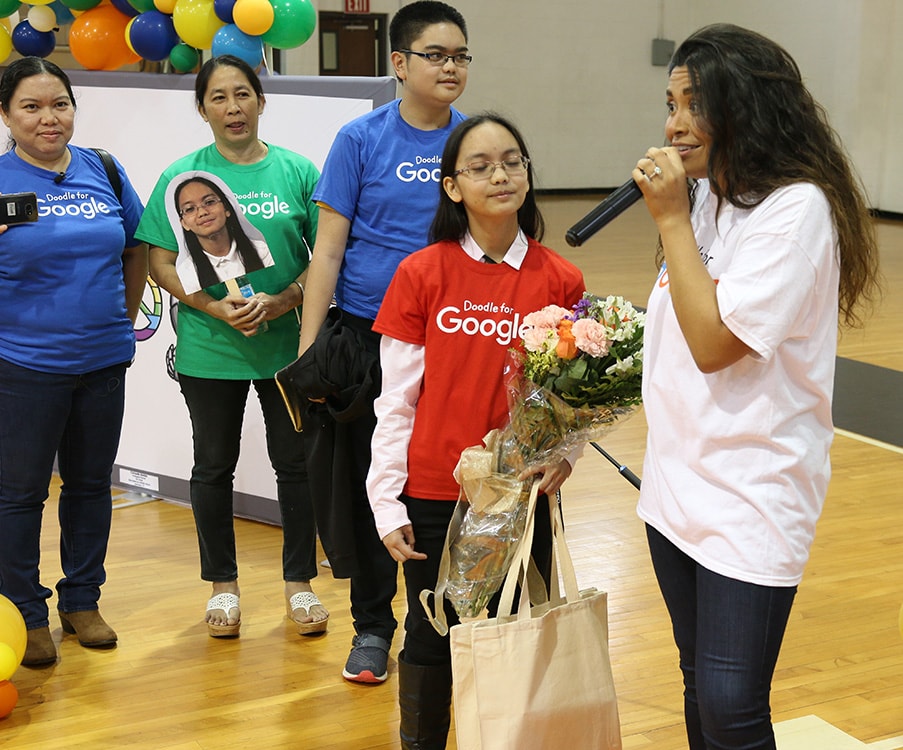 In an effort to create her Doodle, Christelle said she basically locked herself in her room over spring break and created her masterpiece which represents many things relating to the contest theme titled “A Hopeful Future.” A couple of pieces in particular that many are talking about are the letters “G” in the drawing.

“I wanted to bring attention to the future of global warming and that is what my first G does,” Matildo said. “The second one represents all of those veterans and others out there with prosthetic arms. I hope to be part of medical advancements in helping these individuals in the future.”

The National Winner will take home a $30,000 scholarship and his or her school will receive a $50,000 tech package towards the establishment of a computer lab or technology program. Lancaster ISD is proud of Christelle and continues to take pride in offering scholars more than a diploma.