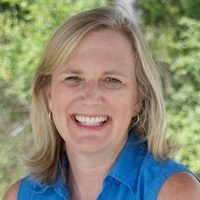 Amanda Rogers took over as editor of Focus Daily News on Monday, following only four other long-term editors in the history of the 32-year-old publication.

“I am so excited to be working for this newspaper,” Rogers said. “Community journalism is so important, from local government and school news to high school sports and social gatherings. Local news is what impacts our daily lives.”

Rogers, 54, has been a journalist for almost four decades, most recently working a dozen years as editor of the Mansfield News-Mirror. She also worked for the Fort Worth Star-Telegram for six years as a features writer and community editor.

She takes over for Joshua C. Johnson, who died in June. Johnson, 36, had been the award-winning executive editor of Focus Daily News since 2007.

“We are very excited that Amanda Rogers is taking the reins of directing editorial functions of Focus Daily News,” said Marlon Hanson, president of Focus Newspapers, which owns the newspaper. “It has been a long and tedious process finding the perfect person, who will be able to become an integral part of the community and reflect its values and vibrancy in coming years. Ms. Rogers long history of running local newspapers makes her a perfect fit for our communities.

Focus Daily News was founded by Hanson in 1987, after leaving the Dallas Times Herald. Hanson served as the newspaper’s first editor and continues to serve as publisher and president of the publication. The daily newspaper covers southern Dallas County and Ellis Counties. Focus is the Official Newspaper of Record for DeSoto, Duncanville, Lancaster, Cedar Hill, Glenn Heights and Hutchins. It is also circulated in Midlothian, Grand Prairie, Red Oak, Ovilla, Waxahachie, and Mansfield.

“While national newspapers and large dailies are facing challenges, local news is prospering,” Rogers said. “You can find out about national government and sports in a variety of ways. Finding out that there’s a gas well planned behind your house or an interesting story about a youngster who goes to school with your kid is not as easy. But it’s just as important.”

Rogers and her family live in Mansfield. She and her husband, Bob, have three sons and a daughter-in-law, and are active in their church. In 2012, she founded the World’s Only St. Paddy’s Pickle Parade & Palooza, which has become the largest event in Mansfield. Held annually in March, the festival drew an estimated 45,000 people this spring.

“I grew up in a small town in Arkansas and I love the feeling of community, knowing someone everywhere you go,” Rogers said. “I am looking forward to getting to know the people in this area.”