DeSoto, TX–Curtistene S. McCowan Middle School student, Jordynn West, was honored by the City of Glenn Heights Mayor, Harry A. Garrett, and members of the City Council at their regular board meeting on Tuesday, December 3, 2019.

The 8th grader received a proclamation from the city for her outstanding accomplishments in academics and competing nationally in Track & Field.

The proclamation signed by Mayor Garrett reads in part, “It has been brought to the attention of the City of Glenn Heights that Jordynn West, a student at McCowan Middle School, exhibits astounding scholastic and athletic abilities, which have earned her national recognition and elite awards.”

“I am very proud of this accomplishment and grateful to be recognized by the City of Glenn Heights,” West said. “I love the fact that they not only took the time to highlight my track accomplishments but also my accomplishments in school.”

At McCowan, West is an Honor Roll student that exceeds expectations in science and engineering. In fact, she attended Science, Technology, Engineering, and Math (STEM) camp this past summer and worked as part of a team that built a motorized rocket. Additionally, the student placed 3rd in the district-wide Young Chemist competition.

West Is Both Smart & Fast

West has been competing in Track & Field events for the past four years in her native of Chicago and most recently, in the Dallas area. Her motivation stems from her love and of training and running. “She has a very strong competitive drive,” said dad, Chris West. “She’s really embraced every challenge that’s she has faced. We are very proud and impressed by her commitment to academics and the sport,” he continued.

While Continuing to focus on academics at McCowan, in her spare time, West writes an online blog for Youth Runner Magazine to give readers an opportunity to learn more in-depth about succeeding in the classroom and on the track. 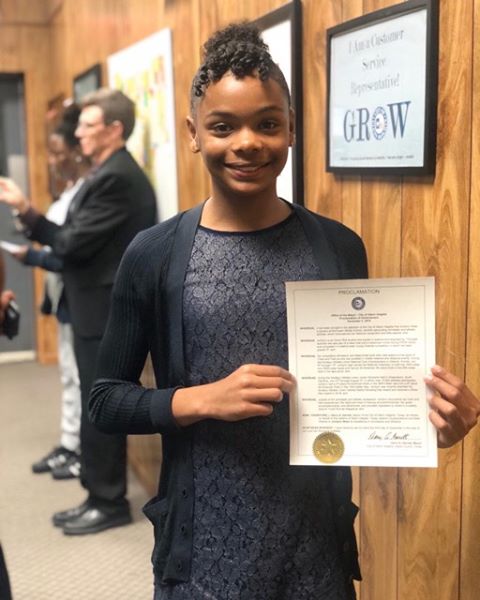