They brought those skills to Prairie View A&M University (PVAMU) in Prairie View, Texas where they were recently named drum majors of PVAMU’s Marching Storm, an internationally-renowned marching band.

“We are proud of Jalen and Derrick,” Cedar Hill Band Director/Director of Fine Arts William Young said. “We train our leaders to be competitive, and they have earned the highest student leadership positions in the band.”

The Marching Storm Has 5 Drum Majors

The Marching Storm has approximately 400 members, and they have performed at presidential inaugural parades, the Super Bowl, nationally televised shows and more. They have five drum majors, so it is rare for two drum majors to graduate from the same high school.

Even more unique is the fact that Harris – a 2019 CHHS Graduate – was selected to be a drum major as a sophomore. McCurtis-Henry graduated from CHHS in 2017 and will be a senior this fall.

Neither Harris and McCurtis-Henry served as a drum major at CHHS, largely because doing so would mean they would have had to give up their instrument, to play a conductor role. McCurtis-Henry played the horn for the Longhorns, and Harris was a percussionist.

The duo represents the first CHHS graduates – in Young’s six years as band director – to become drum majors at the college level.

The COVID-19 Pandemic has presented a unique set of challenges for college bands across the country, including the Marching Storm.

This spring, drum major auditions were held virtually. And recently, the Southwestern Athletic Conference (SWAC) announced that it was moving fall sports – including the football games at which the Marching Storm performs at halftime – were being postponed until Spring 2021.

Other performances, especially high-profile ones, are less likely this year due to social distancing rules and event cancellations.

It is possible, however, that the band will play smaller events during the remainder of 2020.

“We’re such a big spirit on campus, so it affects school spirit when the band is not playing,” said McCurtis-Henry, who was named Mister Marching Storm last fall.

The circumstances of COVID-19, however, have not diminished the enthusiasm of McCurtis-Henry and Harris, both of whom are eager to begin their new leadership roles.

“It’s a huge honor,” McCurtis-Henry said. “You have so many people looking up to you, and your fellow band members have given you the opportunity to show what you can bring to the band.”

There are so many variables in becoming an effective drum major – from knowing the intricacies of the band, the director’s methods and style, and perhaps most importantly, the respect of the band members.

McCurtis-Henry was interested in attending PVAMU and joining the band ever since the Marching Storm visited the Metroplex for the PVAMU Football Team’s State Fair Classic Game in Dallas.

“The Marching Storm’s energy and their family-oriented atmosphere were two reasons why I wanted to attend PVAMU and join the band,” said McCurtis-Henry, who is a senior studying Kinesiology.

McCurtis-Henry said he plans on pursuing a Master’s Degree at PVAMU with the goal of becoming a Physical Therapist. He will continue to be part of the Marching Storm during graduate school and hasn’t ruled out pursuing a career as a band director at the college or high school level.

McCurtis-Henry was a Longhorn since Kindergarten, having attended Plummer Elementary, Wilson Intermediate and Permenter Middle School before enrolling at CHHS.

McCurtis-Henry was a senior at CHHS when Harris was a sophomore. As fellow Red Army band members, they knew each other, but they have become closer friends since Harris arrived at Prairie View.

“it’s real special, and it is a great opportunity to show Cedar Hill graduates,” Harris said.

Like McCurtis-Henry, Harris remembers being impressed by the Marching Storm during his high school years.

Harris chose PVAMU over Southern University (a fellow SWAC member) and Louisiana State University – both located in Baton Rouge, Louisiana. PVAMU’s Engineering Department was one of the deciding factors in Harris’ choice. However, he has since switched his major to Architecture.

Both McCurtis-Henry and Harris said they are grateful for Young, who himself played in the band at Southern.

“Mr. Young is a great band director – he was always making sure we had everything spot on,” Harris said. “He required me to practice more, so my section would do well.” 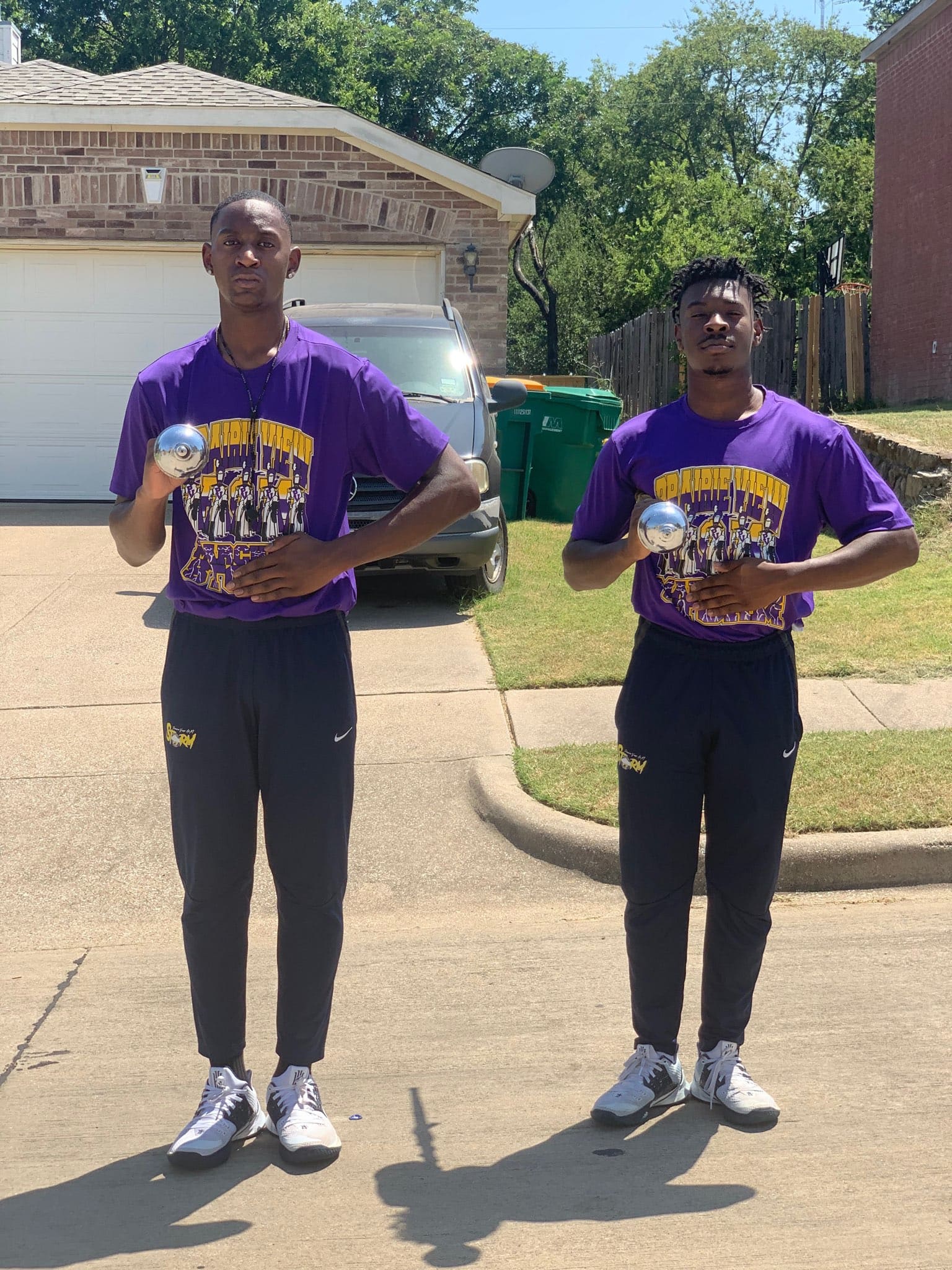