DALLAS—Attention area Grambling and Prairie View alums! With both teams playing at .500 thus far, it looks as if we might have ourselves a cat-fight next weekend!

The State Fair Classic has been a longstanding rivalry between Grambling University and Prairie View A&M. The game is traditionally one of the biggest games on the schedules of the two Historically Black Universities.

In the last couple of seasons both programs have hit a slump but with – Prairie View A&M at 2-0 and Grambling at 1-0 in conference play – the draw to the game this season might not be the halftime show.

Battle of the Bands

The contest between the bands is just as intense as the play on the field. In fact, the halftime show for this game is actually longer than a typical game to allow both bands to perform elaborate and highly entertaining routines.

More often than not, fans will show up for the first half and leave after the band’s performances. Sadly, the bands often draw more cheers than the game.

But don’t let that sour you on the game. Historically black colleges rarely get a platform like this, so the game itself — regardless of the records — is a big deal for the members of the Grambling and Prairie View communities.

This State Fair Classic, which has actually been in existence since 1925. Since 1992, the match up has featured Prairie View A&M vs. Grambling. Historically the game has been more of a one-sided affair. Grambling, which has won 14 SWAC championships and 23 Black College titles, has only lost to Prairie View five times.

Last year’s game brought attendees back to days of old, with Grambling State taking home the win in a high scoring shootout 70-54.

The pride of Texas HBCU Football Prairie View (2-0) is hoping to curb that winning streak once again. Recently their high powered ground game overcame Alabama A&M on the road.

Stefon McCray rushed for a career-high 192 yards and two touchdowns. Khadarel Hodge caught a career-high 158 yards and a touchdown as the Prairie View A&M University football team pulled away from Alabama A&M 41-20 at Louis Crews Stadium.

“The running game is the staple of our offense,” PVAMU head coach Willie Simmons said. “If we can get the ground game going, it opens up the offense so much more. We challenged the offensive line and the running backs this week in practice to get the ground game going. They accepted the challenge and we had a pretty good night running the football.”

Growing at a slower pace, the Tigers of Grambling State University got their first win during Saturday’s SWAC [South West Athletic Conference] opener against beleaguered Jackson State (0-3). Head Coach Broderick Fobbs is glad for the win but says his club has a ways to go.

“It was kind of an ugly win, but I love ugly wins. I thought Jackson State did a good job of really slowing us down a little bit. I’m very pleased with our defense; very physical tonight, scoring two touchdowns. I’m thankful for the win. We’re 1-0 in conference now. We’re looking forward to next week,” said Coach Fobbs.

At the start of the fourth quarter, Grambling was still up 28-7 and turnovers became a norm for both teams. A 1 yard run into the end zone by running back Jestin Kelly, at the 8:44 mark, gave the Tigers a 35-7 lead. J-State retaliated with a 14 yard pass from Juwan Adams to Miguel James with 6:56 left in the game, and it would be the last time both teams would score for the night, 35-14.

The game opens the State Fair of Texas on Saturday, October 1, 2016 at the Cotton Bowl . 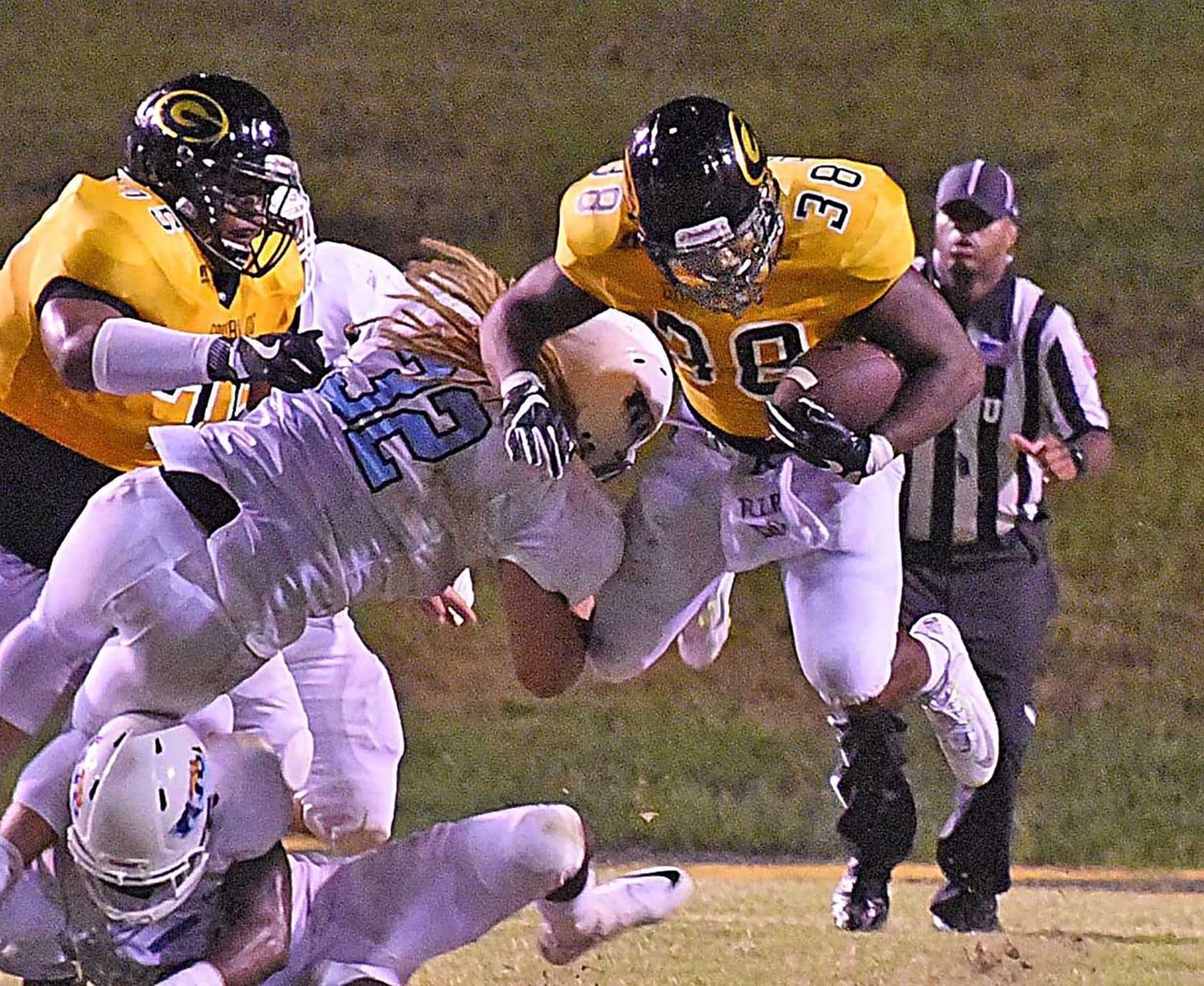