One of the most impressive sights at Duncanville High School football games is the award-winning Panther Marching Band. The 350 student band members rehearse long hours, starting during the hot days of August, to achieve their perfectly choreographed formations.

Assistant DHS marching band director Mark Teal said, “I always feel like our drum majors, particularly this year’s group, they are like our assistant band directors. They are the liaisons between us and the band.”

“They teach. They prep every rehearsal. We get out there and our speakers are set up. They hand me my microphone and have my water bottle ready. They take care of us and the band,” Teal said.

Focus Daily News caught up with two of these talented drum majors, Amber Siddiqui and Nathaniel Trujillo, at a recent band rehearsal at Panther stadium. Even though temperatures at the stadium were in the high 90s, both were enthusiastic about how much they enjoyed being in the marching band.

Siddiqui, who plays clarinet, and Trujillo, who plays saxophone, said while being a drum major means you work harder, it is also a huge honor and very rewarding. Both students are seniors who will graduate in 2019.

Trujillo, who is planning a career in computer sciences, also performs solo numbers as a member of the band’s All-Region Sextet during halftime shows. Gabriel and Deborah Trujillo are Nathaniel’s parents, and his two older sisters are DHS graduates.

Nathaniel said while it was an honor to be part of the multi-award-winning band program, “Being in the band program means more than just pride at being part of a legend or tradition. It’s about the family you create when you join the band. Band members come from all different backgrounds and have different career plans and life plans. But we have a common goal, to be the best we can, and from that we get something better in return.”

Amber’s parents are Arfeen and Safreen Siddiqui, and her two older sisters are both attending medical school at Lubbock and El Paso. Her older brother attends the University of Texas at Arlington. Amber plans to attend college as a pre-med major.

Like Nathaniel, Amber first joined the band program as a middle school student at Byrd with band director Kevin Graham.

“He was one of the best band directors I’ve had, he pushed us to be the best we could be,” Amber said. “That was four years ago but the lessons he taught us still stick with me.”

Amber said, “Being a drum major is a challenge as well as a great honor. I schedule everything around band rehearsals and schedules because we spend so many hours a week rehearsing.”

“We call Mr. Teal ‘Papa Teal’ because he is such a sweetheart! He really is like a dad to me because he is always so understanding and uses his compassion to make the band work hard and unite. Mr. Brandon is a genius and pushes the band boundlessly for us to be the best we can be. He never lets us stay in our comfort zone! The Duncanville band directors are the best,” Amber said.

DHS Marching Band includes all members of the Wind Ensemble, Honors Band, Symphonic Band, Concert Band and Varsity Band. DISD eligibility rules are more stringent than the state’s rules’ students must pass all classes at the end of the first six weeks.

A great opportunity to watch Duncanville HS Marching Band along with other bands will take place next month. The 25th Annual Duncanville Marching Invitational will be October 20 at Panther Stadium. Tickets are $15 for age 12 or older; $7 for age 6-12 and senior citizens; and free for children under the age of 6. 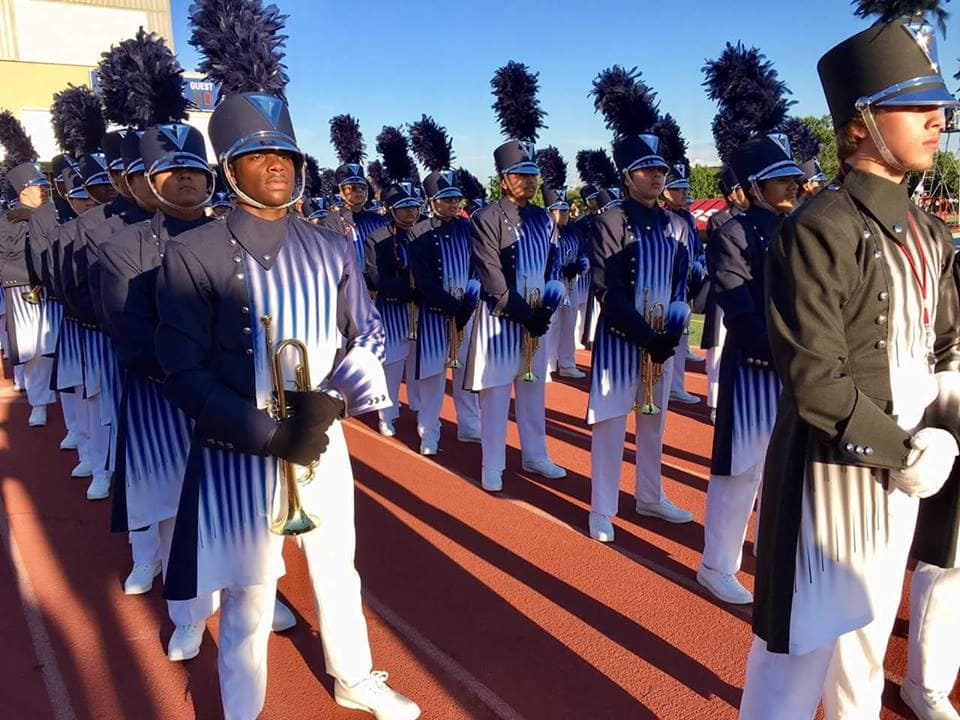