Our favorite escape from being stuck at home (aka quarantined) during the pandemic has been taking road trips. Since my husband and I are both car writers, we were already in the habit of driving more than most people. Test driving vehicles was an important part of our routine.

After COVID-19 shut down so much of our favorite things like movies, live performances, and social gatherings–even church services–we found ourselves longing for the open road and its promise of escape. We took several trips to favorite destinations on the Gulf Coast of Texas, like Galveston and Rockport. We were usually able to find secluded beaches that allowed us to socially distance from others and enjoy being outdoors. There’s no better stress reliever than walking on the beach and listening to the waves break on the shore.

This fall we tried a new destination on the Gulf Coast. We spent several days at Lively Beach Resort on Mustang Island in Corpus Christi. The new resort, still under construction, offers a great getaway for beach-loving couples. It would be a nice vacation spot for families with young children. There’s a large pool that looked very inviting. The resort has a boardwalk that gives access to Mustang Island’s beach. The beach isn’t private and not as secluded as we usually like, but it was definitely lively.

The resort’s rooms, including the one bedroom studio where we stayed, all feature completely furnished kitchens. This is a very handy, money-saving feature for families on a budget. However, we were eager to try some fresh-caught Gulf Coast seafood, and not interested in cooking it ourselves. The resort’s rooms are priced from $189 for a studio like ours. For more information about this up and coming resort, visit livelybeach.com.

We found a great spot for a late lunch at Snoopy’s Pier, a spot popular with locals and tourists for its casual, come-as-you-are ambience. They feature just-caught fish fried or grilled to perfection. We both ordered fried seafood platters, and the fried oysters were the most delicious I’ve tasted in some time. The restaurant has indoor or outdoor dining, both offering great views of the gulf and the passing boats.

The restaurant’s history relates how the Redfish Wars, a fight over commercial fishing rights in the late 1970s and ‘80s, caused commercial fisherman Ernie Butler to fear for his industry. Snoopy’s Pier menu relates that “Ernie decided to give up trying to catch fish and shrimp and start cooking them instead.” In 1980 he and Corliss, his wife, bought a small bait stand and burger joint with a 600-foot fishing pier on the Intracoastal Waterway.

An on-site fish house and shrimp breading facility were added to help control the freshness and quality of their seafood. They also added a store selling cookies, ice cream and other treats at Scoopy’s on the Verandah. Several scoops of their strawberry ice cream made the perfect finale for our delightful, leisurely lunch on Snoopy’s Pier. A few local vendors had set up stalls on the pier, selling everything from beachwear to fishing supplies at the weekend market. Snoopy’s Pier is located at 13313 S. Padre Island Drive, only a short drive from Lively Beach.

We requested a 2020 Toyota Avalon XSE hybrid for our 800+ mile-long road trip, trading cargo room for fuel economy on such a long drive. We both liked the sporty Avalon’s performance and stylish good looks. But we loved the savings at the gas pump, and especially enjoyed the freedom to drive long distances without having to stop for gas very often. Fuel economy was estimated at 43 mpg in town or on the highway, but our mileage was even better than that–closer to 45 mpg. With an MSRP of $38,380, Toyota’s top of the line Avalon hybrid is a great sedan for empty-nest buyers like us. 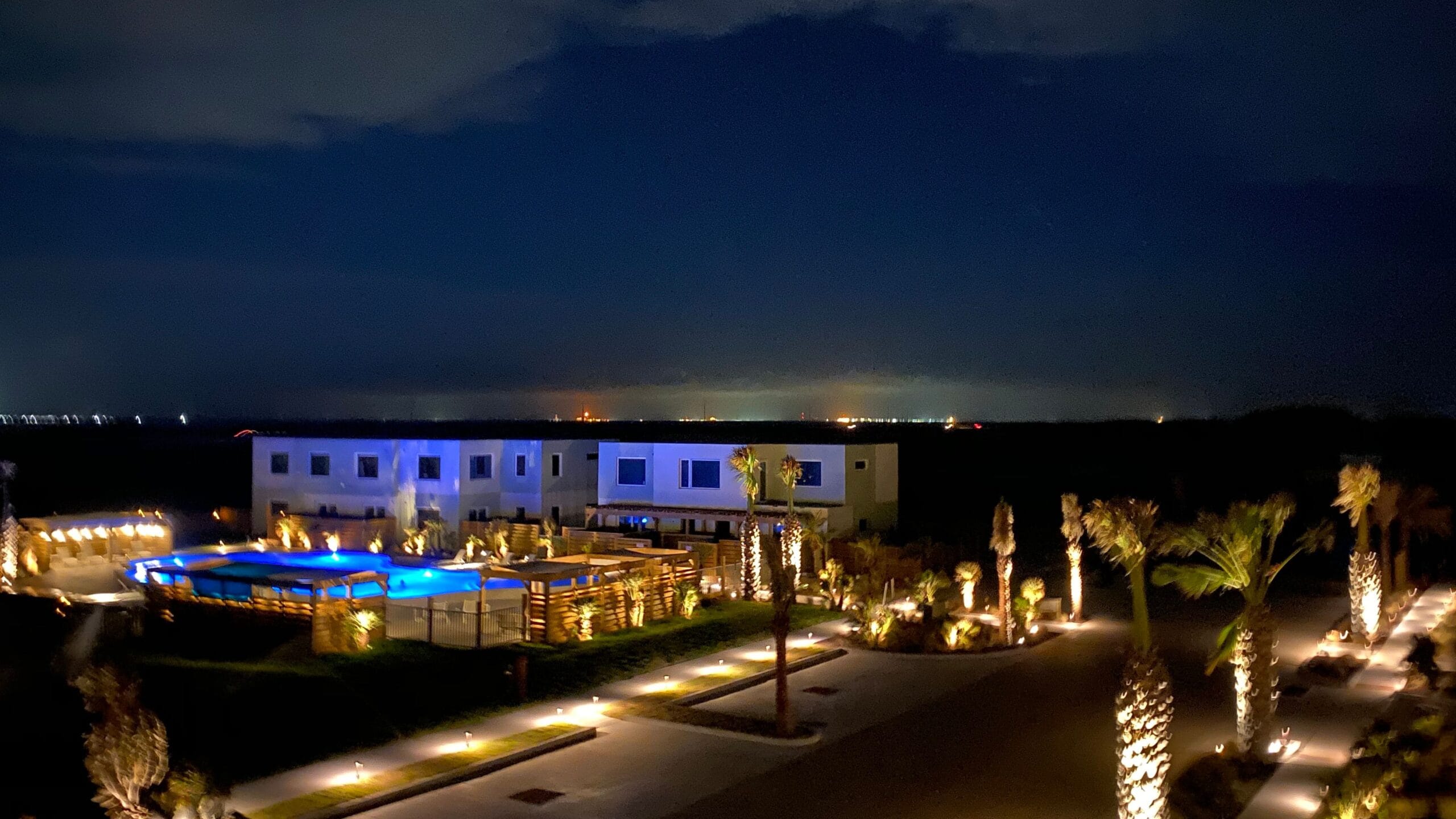 Holidaying In Palo Duro Canyon; My Kind of Social Distancing