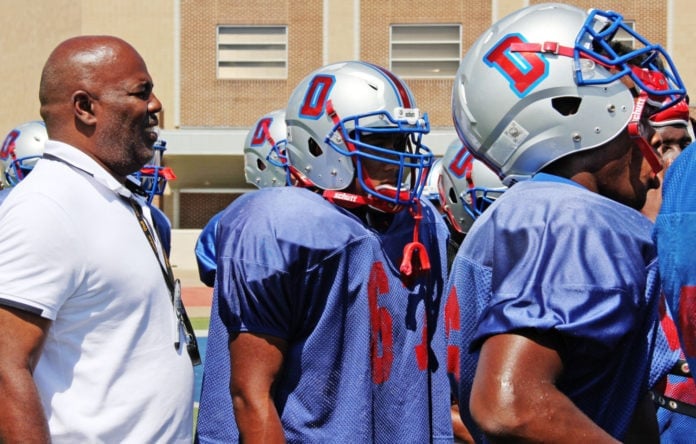 Samples has been a head football coach for 25 years, but he said “coach” is not the primary position he plays on his team. The most important job for Samples is being a father figure.

Coach Samples does not believe in cutting players from the team. “This is not because they’re all needed to complete the squad, but because being a part of the team is necessary to complete them,” he relates.

“Football offers a lot of experiences that can be related directly to life. And it’s not all about how many plays you played or how much you participated,” Samples said. “It’s the ups and downs. It’s the struggle. It’s the hard work.”

“A lot of the goals and things you need to be a successful person are offered in football, he said. “And by cutting those young men I [would have] denied them an opportunity to learn about some things they need to be better men in life, and I won’t do that.”

Samples also spends time practicing teenage psychology. During the summer, Coach Samples sent his assistant coaches looking for a player who had not participated in team conditioning. When the young man finally showed up, Samples could see he was troubled and did not want to talk. Samples told the player he intended to stay in the room with him, even if he missed practice, until the player shared what was going on. It did not take long for the young man to open up. 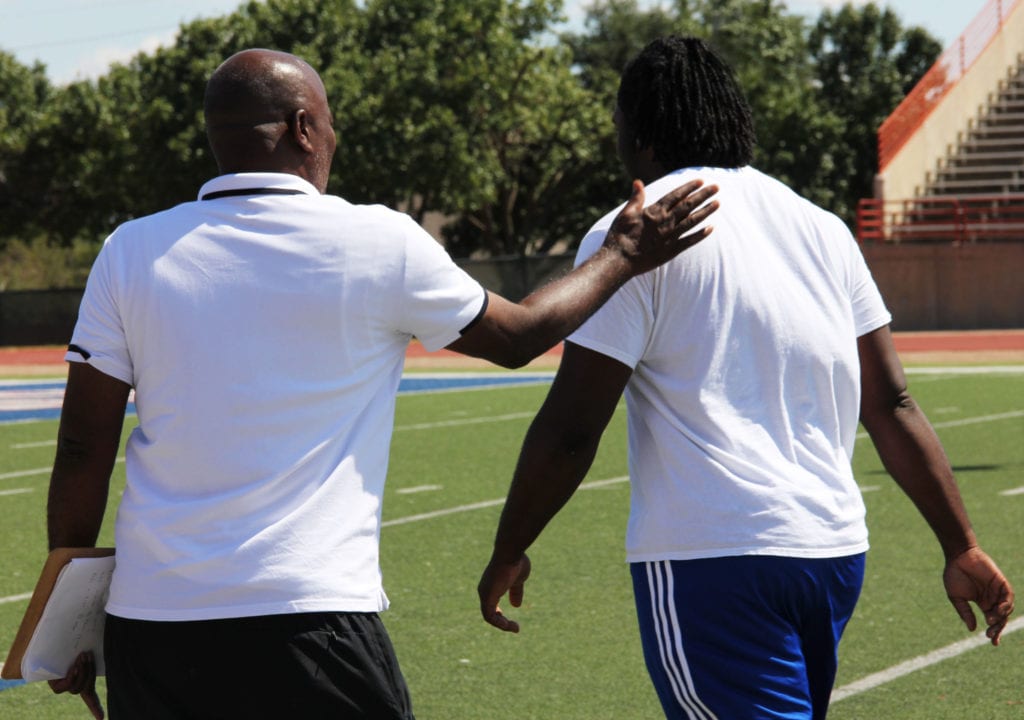 Samples said there is a reason he can get through to some kids when others cannot. “When I was an athlete, I was raised for a long time in a one parent home. A lot of things they’ve gone through I went through. A lot of things that break their hearts, I’ve had my heart broken. You learn what to say because you’ve gone through it,” Samples said. Listening to his players and guiding them in their decisions, according to Samples, is key to their success on and off the field.

Samples knows Panthers fans are looking for a quick resurgence of their football team and he wants to deliver. “Just be patient and know that we’re dealing with 16-, 17- and 18-year old kids. And just like the ones they have at home, we never know what they’re going to do. But in the end, if we do what we’re supposed to do in training them, as parents, as coaches, as adults, then the results will come,” said Samples.

“We’re going to turn the program around, he said. “I don’t know when or how fast, but we’re going to get it done because we have a system in place, and it’s been successful wherever I’ve gone.”