The Red Oak vs. South Oak Cliff game truly felt like a heavyweight boxing match at Dallas’s John Kincaide Stadium. Fox Sports and radio station K104 were in attendance with Focus Daily News. The leader in Dallas Fort Worth hip-hop and R&B, K104, picks the top game of the week and it was South Oak Cliff vs Red Oak. They must have had a crystal ball to know this would be such an exciting match up/

South Oak Cliff quarterback Rodney Hudson III was not able to get the ball snapped to him consistently in the first half of the game. This slowed the Lions down and allowed Red Oak to pounce on a loose ball. This was the spark the Hawks needed to score with a 35 yard touchdown pass from Josh Ervin to Raymond Gay. South Oak Cliff was able to drive the ball down the field to the Hawks red zone. However, Hudson threw a key interception as Corey Cavil stepped in front of the would be wide out, resulting in another turnover. 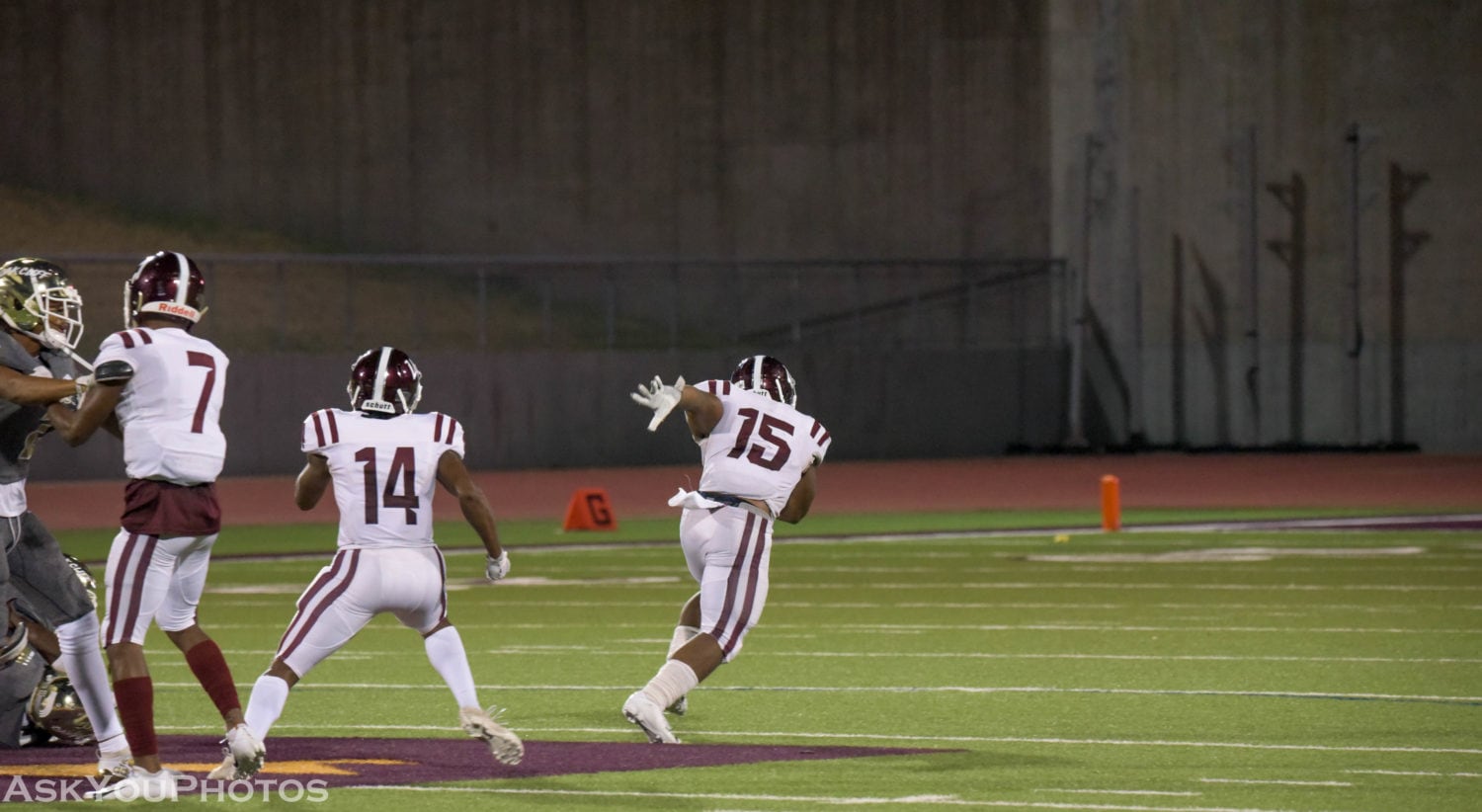 Red Oak’s running game was led by C.J. Palmer’s 117 yards on 23 attempts and two touchdowns. Palmer showed his power and speed with a 55 yard touchdown run. He was able to shake and bounce off would be tacklers as he excited fans with his dazzling run. His second touchdown became the go ahead score.

Coby Cavil only had two receptions for 23 yards but it was is 95 yard kickoff return for a touchdown that still has fans and teammates cheering. Coby demonstrated his speed and cutting ability by zigging and zagging his way in and out of traffic.

Red Oak’s head coach Chris Ross was interviewed by Fox Sports and he gave the credit to his talented players. He talked about how resilient his team is, while the team started their celebration. Red Oak’s next game will be at home vs Jefferson.