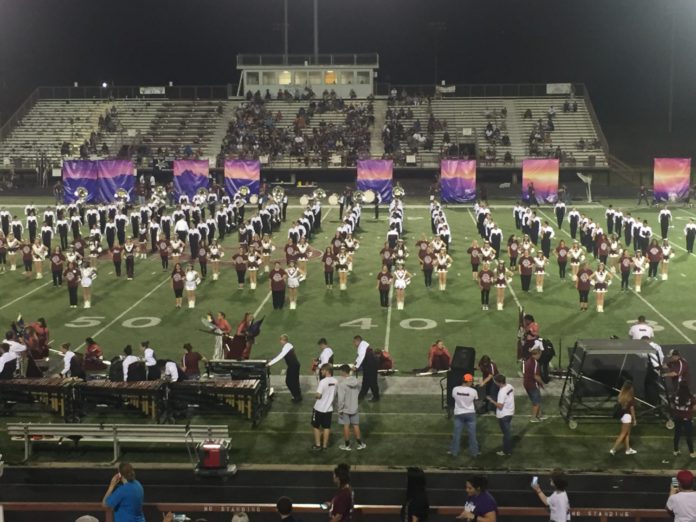 The Red Oak Hawks have tasted victory, winning the last two games. This week they experienced their first loss of the season, when they fell prey to Mansfield’s Timberview Wolves.

In the first quarter the game was tied 7-7. Hopes were high that the Hawks would have three wins in a row.

The second quarter brought quick disappointment to Red Oak fans. Running from a kick-off, Timberview took the ball all the way to score their second touchdown of the night bringing the score to 14-7.

Also in the second quarter was a lot of “mustard on the lettuce.” Several flags on the field, and too many penalties against Red Oak led to frustration. While Red Oak struggled, the Wolves shined.

The Timberview Wolves played a great second quarter. Two quarterback sneaks earned them two touchdowns. A safety at the end of the second quarter brought the score to 23-7 in Mansfield’s favor at the half. Timberview QB Jyron Russell rushed nine times for 70 yards and a touchdown.

Half-time brought memories to last a lifetime. The Hawk Drill Team had guest performers …. their moms! If your daughter is a Red Oak Hawkette then you were out performing on the field with her! Such great moments almost make you forget the score!

The Red Oak Hawks played great defense in the third quarter and the Timberview Wolves were not able to score.

The same did not hold true for the fourth quarter. Holding calls and false starts against Red Oak kept the Hawks out of the end zone. The Timberview Wolves dominated, posting another touchdown making the final score 30-7.

Next week Red Oak faces the undefeated Waxahachie Indians at Waxahachie. The Indians are ranked first in their division and are sure to be a tough opponent for the Hawks on the road.