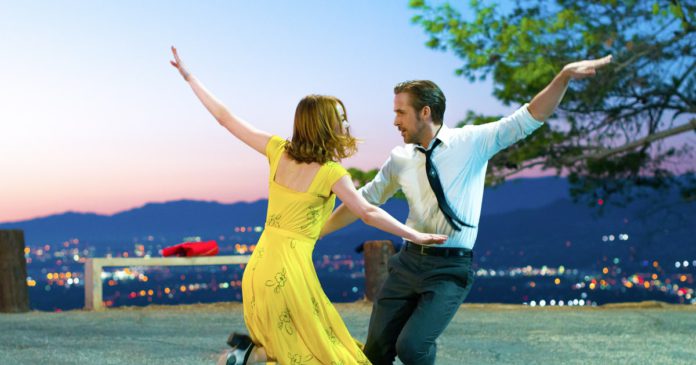 The North Texas Film Critics Association recently named its award winners. The Association voted the romantic musical LA LA LAND as the best film of 2016, according to the results of its annual critics’ poll. The top 10 films of the year are MANCHESTER BY THE SEA (2), MOONLIGHT (3), HACKSAW RIDGE (4), LOVING (5), ARRIVAL (6), CAPTAIN FANTASTIC (7), NOCTURNAL ANIMALS (8), JACKIE (9) and THE BIRTH OF A NATION (10).

For Best Actor, the association named Casey Affleck for MANCHESTER BY THE SEA. Runners-up included Ryan Gosling for LA LA LAND (2), Denzel Washington for FENCES (3), Andrew Garfield for HACKSAW RIDGE (4) and Don Cheadle for MILES AHEAD (5).

Natalie Portman was voted Best Actress for JACKIE. Next in the voting were Emma Stone for LA LA LAND (2), Amy Adams for ARRIVAL (3), Emily Blunt for THE GIRL ON THE TRAIN (4) and Ruth Negga for LOVING (5).

In the Best Supporting Actor category, the winner was Michael Shannon for NOCTURNAL ANIMALS. He was followed by Mahershala Ali for MOONLIGHT (2), Dev Patel for LION (3), Jeff Bridges for HELL OR HIGH WATER (4) and Lucas Hedges for MANCHESTER BY THE SEA (5).

Damien Chazelle was voted Best Director for LA LA LAND. Next in the voting were Barry Jenkins for MOONLIGHT (2), Mel Gibson for HACKSAW RIDGE (3), Denis Villeneuve for ARRIVAL (4) and Kenneth Lonergan for MANCHESTER BY THE SEA (5).

The association voted ELLE as the Best Foreign Language film of the year. Runners-up were THE HANDMAIDEN (2), THE HUNT FOR THE WILDERPEOPLE (3), TONI ERDMANN and THE SALESMAN tied for the last spot (4).

The award for Best Cinematography went to Linus Sandgren for LA LA LAND, followed by James Laxton for MOONLIGHT (2), Bradford Young for ARRIVAL and  Simon Duggan for HACKSAW RIDGE tied for the next spot (3) and Stéphane Fontaine for JACKIE (5).

This year’s awards are dedicated to the memory of our past president, Gary Murray. In his honor, next year the organization will designate an award in perpetuity. The Gary Murray Award will honor the Best Newcomer in a film.