The worst season to date in the win column proved to the best on the field for the Midlothian Heritage Jaguars football team in 2019.

The Jaguars, who began varsity play four years ago, finished 9-5 and reached the Class 4A Division I state quarterfinals (fourth round). While it is the fewest victories in their short history, they advanced deeper in the postseason than any previous Jaguars squad. It has been a very successful playoff history.

In their first season of varsity play, 2016, the Jaguars finished 11-2 and reached the third round of the playoffs. The next year they were 12-1, followed by 11-2 again in 2018, and making the third round each season.

Heritage was one of two area teams to reach the state quarterfinals in their respective classification. Lancaster (11-3) advanced that far in 5A Division I. Meanwhile, Red Oak (11-2) reached the third round in 5A Division II, while DeSoto (9-3) and Cedar Hill (9-3) each reached the second round in 6A.

The team to advance the farthest was the Duncanville Panthers (15-1), who once again finished as the Class 6A Division I state runners-up, falling 31-17 to Galena Park North Shore, the same team that defeated them in the finals on a last-second Hail Mary pass in 2018.

After eight games, the Midlothian Heritage Jaguars stood 4-4 overall and 2-1 in District 9-4A Division I. The district loss, the only one they’d have in league play, was by forfeit after they defeated Crandall 23-7 on the field.

That loss cost the Jaguars the district championship, but it might very well have propelled them to five straight victories and their best season yet. Also a tough pre-district slate that included perennial powers Kennedale, Decatur, Stephenville and LaVega helped, head coach Lee Wiginton said.

“We always structure our season the same way. We are going to try to play the toughest non-district schedule we can find to help prepare us for the best teams in the state that we hope to face in the playoffs,” Wiginton said. “I feel that was the case with this team. Many new starters jumped into an incredibly tough non-district schedule and showed tremendous growth through that competition.”

Once in the playoffs, they defeated Henderson (37-30 in overtime), Navasota (26-14) and Palestine (28-0) before falling 24-7 to Carthage, which went on to win its second state championship in three years.

Wiginton, the only coach in Heritage history, said he knew this season would be a challenge after losing a senior class that had gone 34-5 in three years. But he also knew a tradition had been started and that other players were ready to add their mark.

“Our expectations were to find a way to improve on the previous success. Specifically, our goals were to get beyond the third round of the playoffs,” he said.

“We once again lose a very talented group of seniors that would certainly appear to be impossible to replace. We also have a group of guys chomping at the bit to either fill the spots left from the graduating class or win the spot away from one of these returners,” Wiginton said. “This will be an exciting and competitive off-season leading up to the 2020 football season.” 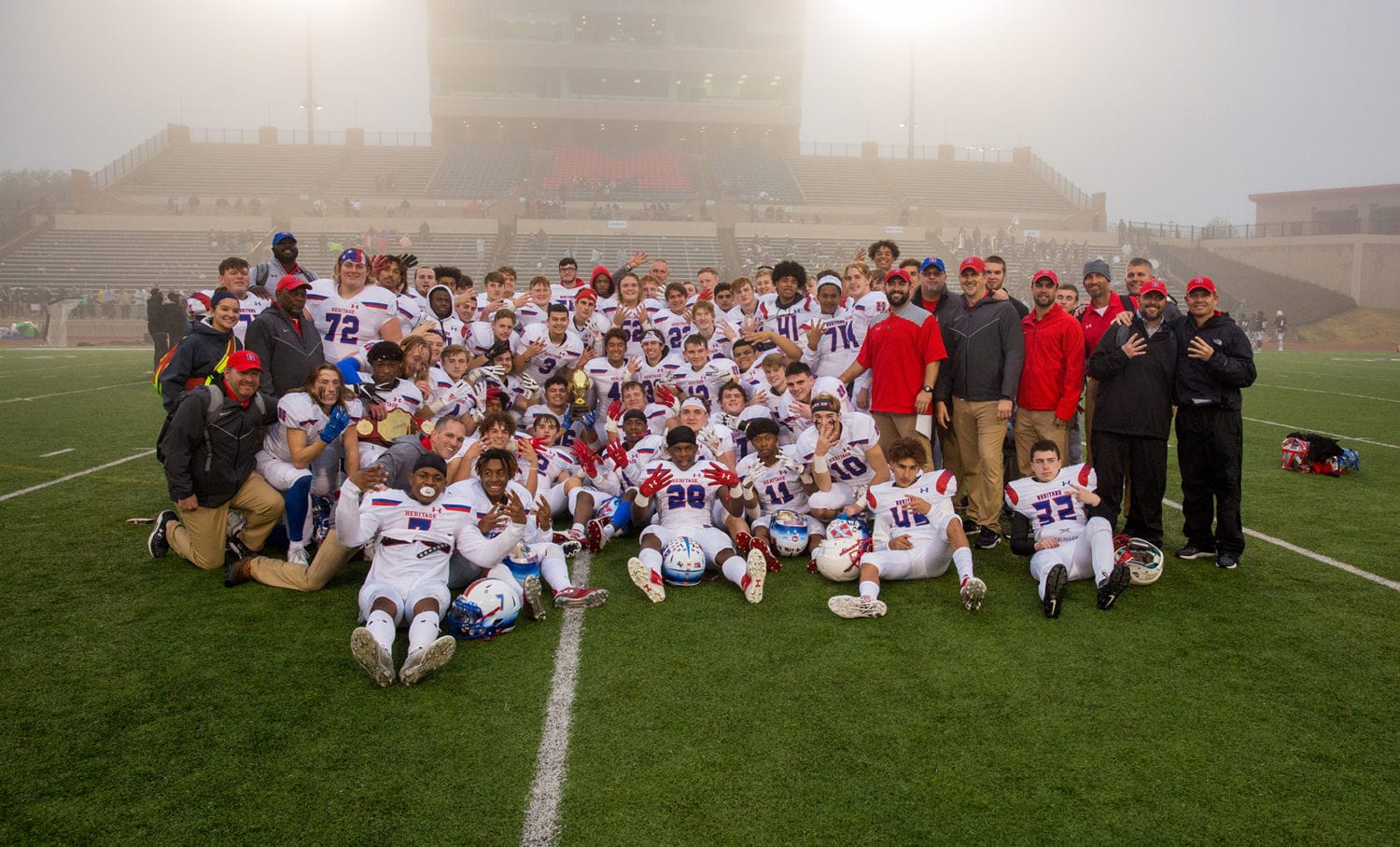