Lancaster and Duncanville both had hard-fought battles in this past weekend’s state quarterfinals, but only one will be headed to the semifinals Saturday.

The Lancaster Tigers (11-3) played their hearts out but came up short against Frisco Lone Star 38-20 at Rockwall Wilkerson Sanders Memorial Stadium on Friday in the Class 5A Division 1 quarterfinals.

Lone Star scored on the second play of the game when Garret Rangel threw a bomb to Marvin Mims for an 84-yard touchdown pass. Mims put on a show as he set a new single season record with 2,487 yards. Mims was Lone Star’s key player with 10
receptions for 214 yards and two touchdowns.

Lancaster head coach Chris Gilbert and his team answered with a 11-play drive with Tre Bradford as the lead catalyst with 31 yards on the drive. Bradford capped the drive with a 5-yard touchdown run. Lone Star was able to take the lead with a drive of their own
that ended in a touchdown. The Tigers came back with a 7-yard touchdown run, but Lancaster was unable to make the extra point. That allowed Lone Star to keep the lead and they soon put up another touchdown to up 21-13 by halftime.

As the second half started, it looked like Lone Star was going to run away with the game as they scored a touchdown as they took a commanding 31-13 lead in the third quarter. Gilbert used his brilliance to cultivate his offense with a six play drive that ended with
quarterback Glenn Rice Jr. to complete an 11-yard touchdown pass to Majik Rector to cut Lone Star’s lead to 31-20. The Tigers defense held Lone Star for three consecutive stops, but they were unable to take advantage of the opportunities to cut the lead. Lone Star scored a touchdown from a turnover by the Tigers on their own 27-yard
line.

Duncanville Panthers (14-0) won in a wild shootout over Southlake Carroll Dragons (13-1) 49-35 in the Class 6A Division 1 quarterfinals at McKinney Saturday, when the two squads combined for a total of 1,000 yards of offense.

The Panthers elite quarterback Ja’Quinden Jackson went a 8 for 8 with two touchdowns and 183 yards in the air, plus Jackson running for 129 yards and three touchdowns.

Roderick Daniels was Jackson’s No. 1 target with three receptions for 78 yards and one touchdown. Zeriah Beason and Marquelan Crowell also contributed with 105 total yards and a touchdown. Running back Trysten Smith helped with 174 yards and a pair of touchdowns.

The Dragons did not go down with a fight. The fourth quarter became a barn burner as Southlake was able to score 21 points, but Duncanville held them off with 14 points of their own. Southlake quarterback Quinn Ewers passed for 393 yards and three touchdowns. Ewers was able to count on John Manero and Brady Boyd, who each had over 100 receiving yards, but it was not enough to stop the Panthers.

Duncanville (14-0) will take on Rockwall (12-2) at McKinney ISD Stadium at 2:30 p.m. Saturday in the Class 6A state semifinals. Rockwall is led by receiver Jaxon Smith-Njigba, who has committed to play at Ohio State University. 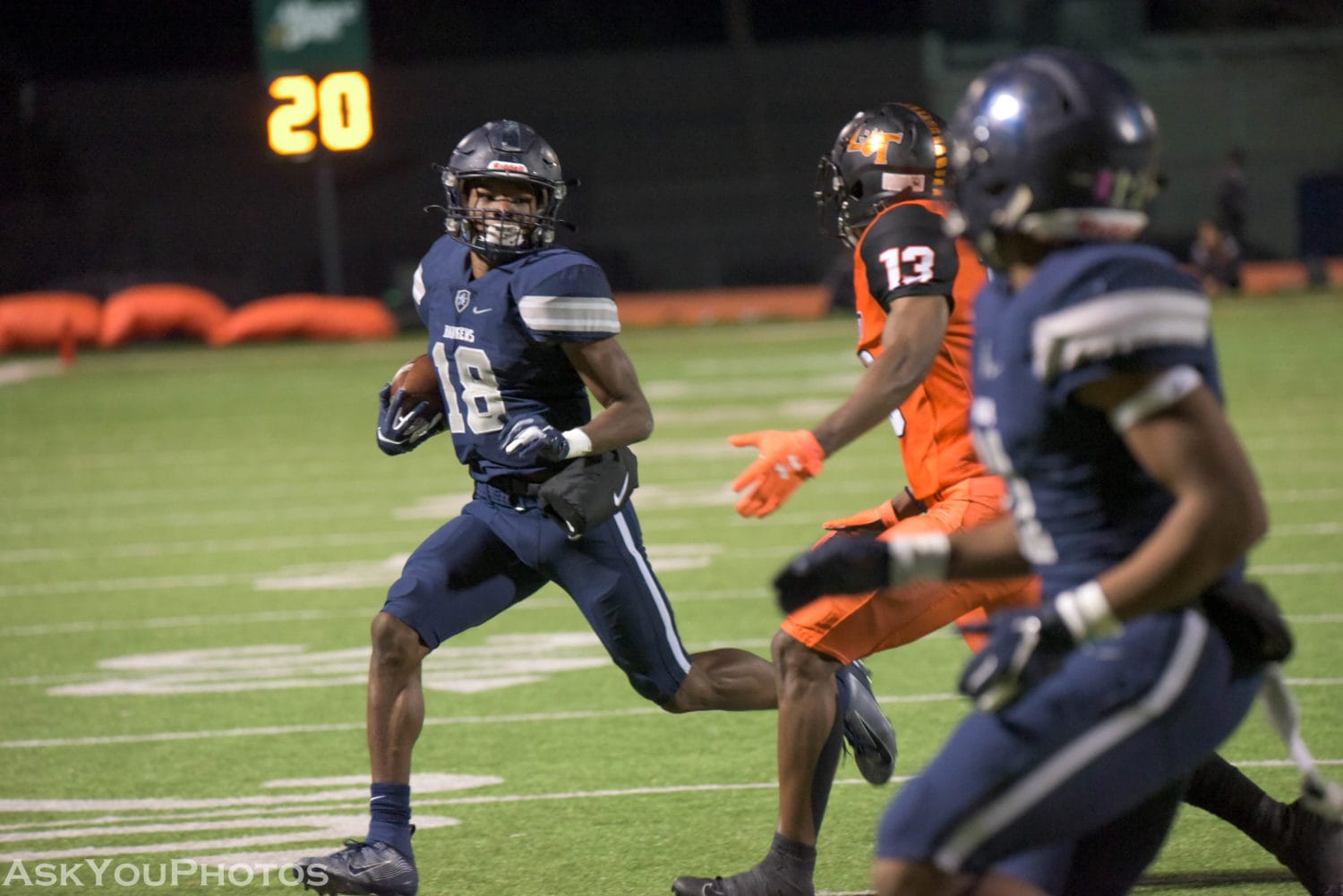