“This is done to educate the public about how the municipal court works because a lot of people are not aware,” Callaway said of the statewide recognition through the Texas Municipal Courts Education System held once a year.

What Does Municipal Court Handle?

For example, municipal courts handle junk vehicle hearings, dangerous dog determinations when a dog has attacked a person, code violations and even assault and family violence that is filed as a Class C misdemeanor. The courts also handle theft and truancy issues with parents who have children not going to school, also a Class C misdemeanor.

“In Texas this year they have created about five or six new Class C misdemeanor criminal offences,” Calloway said. “The purpose of Municipal Court Week is to educate the public. We share what the courts do and inform citizens how municipal courts affect the city. In municipal courts, citizens interact with the courts more than they do with any other city service. It is the predominant thing they connect and interact with and typically it is a negative thing and they do not realize how many good things to courts do. Like in our court we do a program for people to get their licenses back.”

Calloway said Municipal Court Week allows people to see a court and a judge while not in a court setting.

“So people are not afraid of it anymore when they get to see it in a more casual and informal way,” Calloway explained.

Residents, neighbors and friends attended the free celebration. The municipal court staff answered questioned about the court’s role in the community. The police department also gave away free traffic safety materials and other goodies.

Attendees had an interesting time too, experiencing a driving-impaired exhibit. Several residents put on special goggles  which gave the illusion of being intoxicated. Then they were asked to do different tasks. The most interesting task wearing the goggles was attempting to walk a straight line. The task proved almost impossible.  Each resident wearing the goggles weaved in and out unable to walk a straight line.

City staff said they are dedicated to appreciating the contributions that Texas municipal courts make to the safety and well-being of the community. 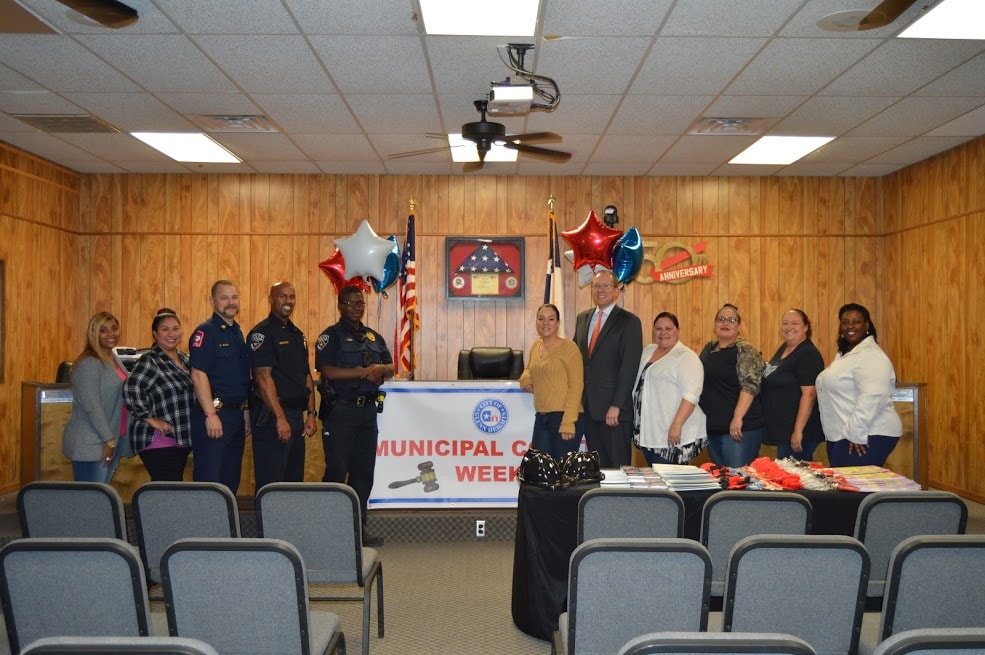