GLENN HEIGHTS –When former Director of Public Safety Eddie Burns resigned recently it opened both the police and fire chief positions in Glenn Heights. Burns had been in the position several years and decided to leave in order to spend more time with family.

Dooley had been the deputy chief of police in Glenn Heights since July 2017. Prior to serving in that capacity, he worked for the Denton Police Department and served in various functions including patrol sergeant, director of training and the interim assistant to the city manager.

“I’m honored to be appointed and value the trust that has placed in me to lead the police department,” Dooley said of his promotion. “I’m humbled to be appointed as the chief of police and am committed to continue to enhance the quality of service that we provide to the community of Glenn Heights.”

His priorities as the city’s police chief are to continue to lower the city’s crime rate, because as he said “one crime is one too many in my opinion. The men and women of the Glenn Heights Police Department are pure servants that love what they do and take pride in their work.”

Moore began his career in Glenn Heights in 1998 as a volunteer firefighter.

He was one of the first of six full-time firefighters hired in the city’s history in 2000. Since then, Moore has been promoted through the ranks before being promoted to fire chief.

“I am excited to lead our professional organization into the future, as we continue to cultivate relationships within our community and display the standard of professionalism our citizens expect and deserve,” Moore said.

Before his promotion he served as the deputy fire chief in Glenn Heights for two years. During that time, he said he was able to expand his knowledge in fire administration and gain several accreditations that he believes will assist him in leading the Glenn Heights Fire Department.

“Although the timetable may have been accelerated slightly, we have no doubt both Chiefs Dooley and Moore are prepared to ascend to their respective leadership positions,” said Community Engagement Administrator Lauren Lewis. “Both represent our continuing mantra of Grow with Glenn Heights.” 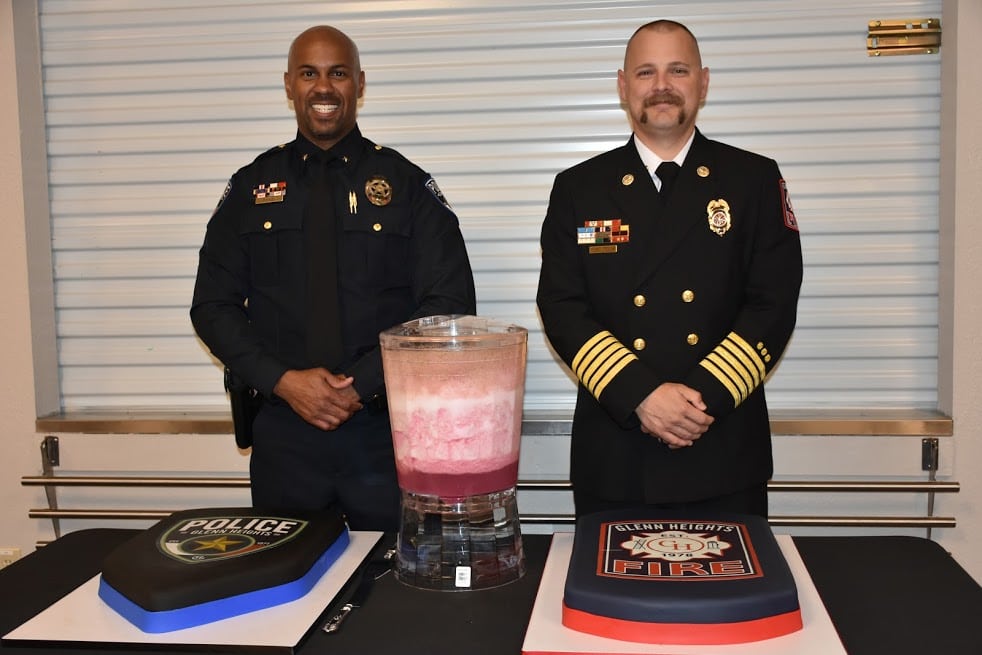