It took nearly two years, but Fuel City’s newest mega station is finally open in Cedar Hill. Local chamber of commerce members, city and government officials, and others turned out to cheer as Fuel City founder/owner John Benda and President Joseph Bickham cut the ribbon for their official opening Nov. 15.

The huge travel center is smaller than a Buc-ees, but much larger than your usual small-town service station + convenience store+ car wash. Future plans for the property even include a possible private zoo. Benda brought Longhorns and other animals from his ranch to graze happily behind his original Dallas store. While there are no animals on the property now, Bickham said they eventually hope to bring in a few Longhorn cattle. After all, the Longhorn is Cedar Hill High School’s mascot.

Cedar Hill’s Fuel City takes up several acres on I-67 South, at its intersection with Joe Wilson Road. Attempting to placate nearby home owners in Shady Brook, a quiet neighborhood close to the new Fuel City, Bickham promised to keep 700 trees on the property. They serve as a buffer between busy Fuel City, which stays open 24/7, and its near neighbors.

The company also agreed to construct a sidewalk and a right-turn lane on Joe Wilson Road to prevent traffic gridlock. In addition, Bickham agreed to hire security guards to work from midnight to 5 a.m. each night. And while the original Riverfront Fuel City in Dallas is known for such fun events as karaoke and other late night entertainment and music, none of these activities are planned for the Cedar Hill location. There’s also no swimming pool like the one in back of the Dallas center.

A giant car wash at Cedar Hill’s Fuel City has a $3 million drive through wash. Plus, there are 20 stations for vacuuming and detail work. In another nod to their suburban neighbors, Fuel City agreed to close the car wash at 8 p.m. and to keep their vacuum 350 feet from nearest homes.

While fuel prices are lower than most other stations in the I-67 corridor, with regular gasoline selling for $2.21 on Nov. 15, Fuel City sells much more than just fuel. They have become renowned for their street tacos, which sell for $1.62 each. They also feature such Tex-Mex specialties as Quesadillas, Burritos, corn soup, rice and beans, and Bowls. The food is made fresh daily in their expansive kitchen. We toured the kitchen area and were impressed by the lengthy assembly-line of food workers. They were busy trying to keep up with the expected demand of thousands of tacos a day.

My photographer and I tried several of their tacos, starting with the Picadillo (ground beef with diced potatoes and green sauce). All regular tacos are served with chopped onions, sliced lime, cilantro, and hot sauce (jalapeno on request). We also tried chicken tacos and a Quesadilla, and found all of them quite tasty, especially for the price.

With the opening of the Cedar Hill travel center, there are now five Fuel City locations in the DFW area. The original store in Dallas still draws customers at all hours. They also own centers in Haltom City, Mesquite and Saginaw.

An article that appeared in our Readers’ Choice Awards edition last summer noted the new Cedar Hill store, like the one in Saginaw, won’t carry the “original” street tacos. Award-winning restaurateur Raul Rios, owner of City View Tacos in Duncanville, says neither of Fuel City’s newer stores will use his original seasoning recipe. So if you want to taste the tacos that Texas Monthly writers once called “Best in Dallas,” City View is also open 24/7. You’ll find it a few miles away, on Duncanville’s Main Street. 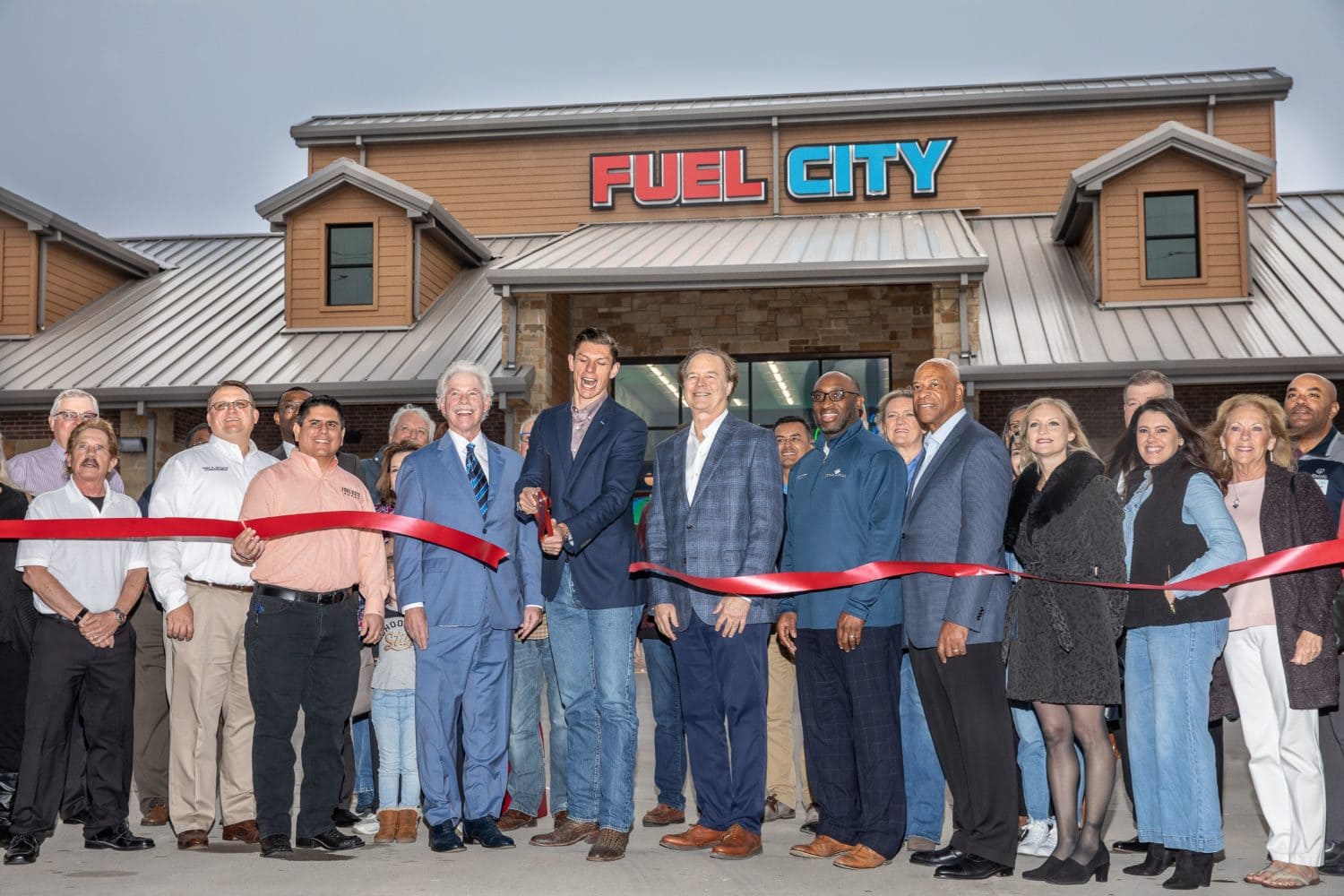