The Desoto Eagles did not disappoint in the second week of their season, showcasing their high powered offense. In the first half the Eagles were able to put up 34 points at will. During the third quarter Desoto slowed down some by not putting up any points at all. In the fourth and final quarter Desoto was able to get right back on track with another 21 points.

Quarterback Samari Collier lit the scoreboard up by throwing for over 400 yards and 6 touchdowns. He was able to complete over 70% of his passes going 29 of 41. Kansas commit Lawrence Arnold was Collier’s number one target in the game. Arnold had 10 receptions 130 yards and 3 touchdowns. His first touchdown catch was a jump ball and the Jesuit’s defender was over matched as Arnold leaped and snagged the ball in the air.

Not to be out done, Ashtyn Hawkins (7 receptions 126 yard and 2 touchdowns) and Jaedon Wilson (5 receptions 105 yards and 1 touchdown) had a great game as well. They were able to get open and make whopping plays as well.

Sophomore running back Robert Richardson was able to rush for 100 yards on only 11 carries.

DeSoto Eagles football head coach, Claude Mathis, was able to keep his young men engaged from start to finish. With his detailed leadership, it should not be a surprise at all the Eagles are 2-0.

DeSoto’s next game will against Bishop Dunn Saturday night at Sprague Athletic Complex. 3701 Boulder Drive, Dallas (75233) with a 6 pm kickoff.

Come out and support your DeSoto Eagles football team on Friday night. If you’d like to purchase any of the photos from this post please contact John with Ask You Photos. 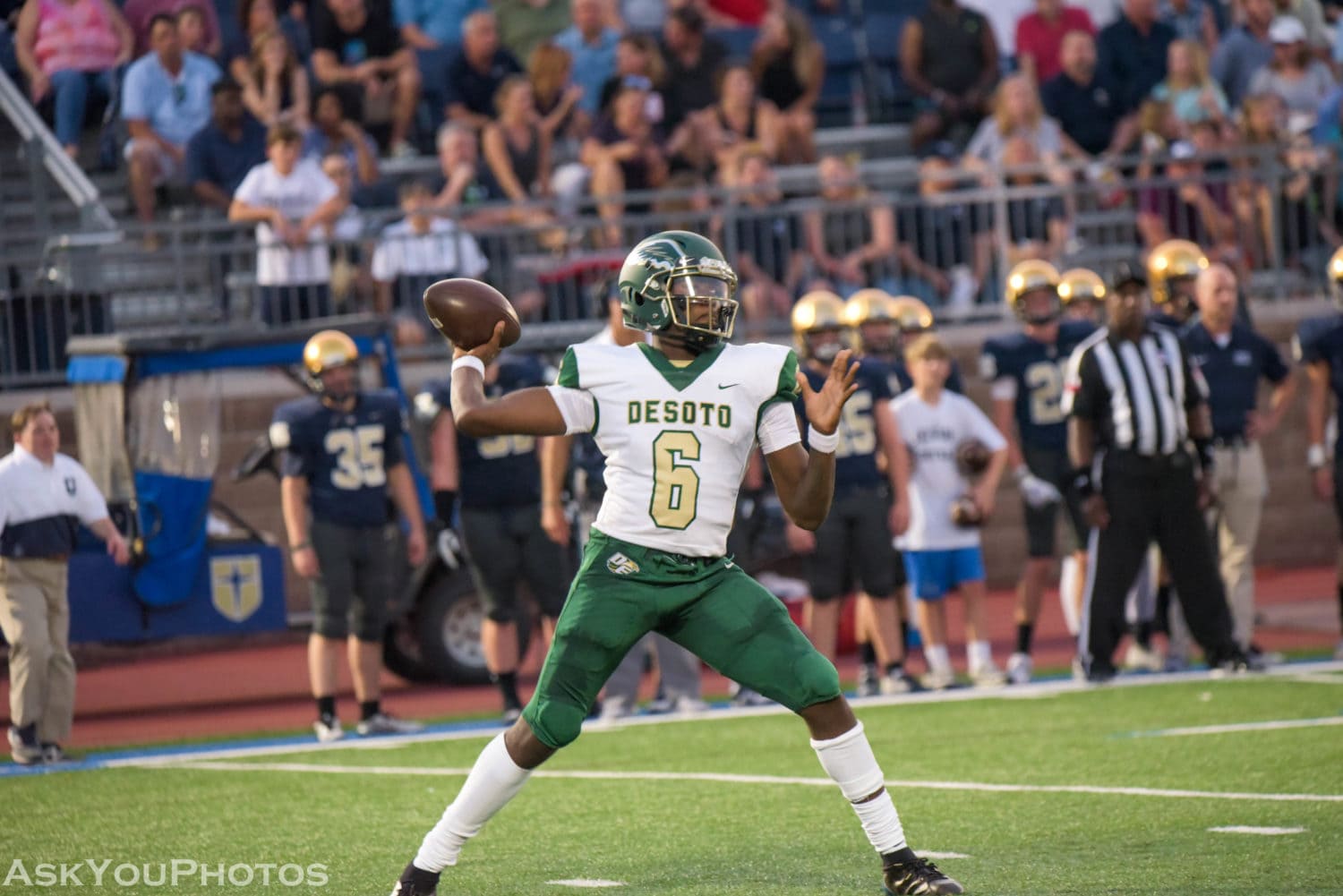