Earl Young, U.S. Olympic track and field gold medalist, is the program speaker for Oak Cliff Lions Club Sept. 25. Young competed as a sprinter in the 1960 Olympics, winning a gold medal in the 4 × 400 meter relay and setting a new world record at 3.02.2. He finished sixth in 400 meters, with a time of 45.9 seconds that matched the former Olympic Record. At the 1963 Pan American Games, Young won gold medals in both 4 × 100 meter and 4 × 400 meter relays.

In 2011, Young was diagnosed with an aggressive form of Acute Myeloid Leukemia at the age of 70. He needed a bone marrow transplant to survive.

“They said I had three months to live if nothing was done,” he said. Two very defining times in my life were winning the gold medal in Rome in 1960, and getting a cancer diagnosis in a doctor’s office in 2011.”

Earl Young’s Team on a Mission

Fortunately, a matching donor was located. In January 2012 Earl received a transplant that cured his disease. Since then, Young has worked just as tirelessly as he did on the track, using the events of his life to help save others. His mission is to give more blood cancer patients the second chance at life that he was so grateful to receive.

His organization, Earl Young’s Team, partners with DKMS (a charity that works in the areas of blood cancer transplantation) to raise awareness about the need for more marrow donors in the U.S. They hold registration drives at universities, including Young’s alma mater, Abilene Christian University. They also hold events at large companies around the country. Young’s efforts have helped add nearly 10,000 new potential lifesavers to the bone marrow registry. 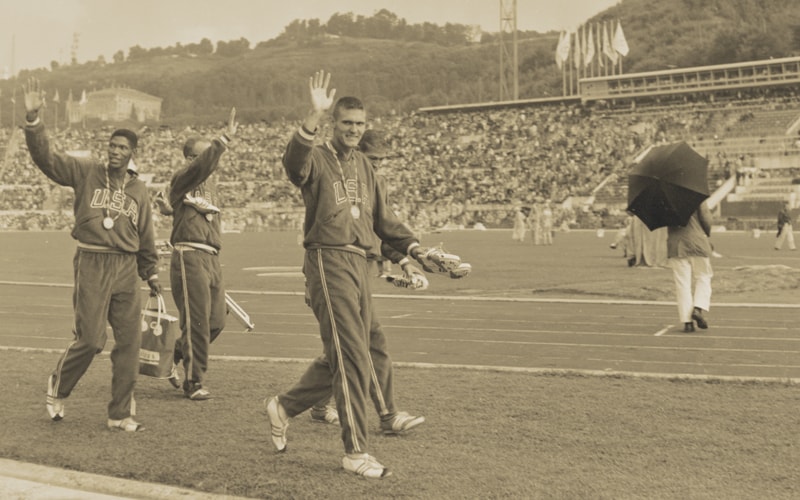