“Hershey Felder: Beethoven, Live from Florence” streams as a benefit for Dallas Summer Musicals (DSM) on July 12. DSM is one of a select group of U.S. arts organizations that will participate in the live stream event.

“We are thrilled to participate in this live performance by my friend Hershey Felder. He is truly an incredible entertainer who brings historic composers to life through his one-of-a-kind combination of musical and acting prowess. You will think Beethoven has come back to life!” said Ken Novice, president of Dallas Summer Musicals. “DSM has been unable to present musical theater for a few months. Joining Hershey Felder: Beethoven on July 12 not only gives our patrons a much-desired theatrical experience, it also provides a new revenue source to DSM that allows us to further our community and educational outreach.”

Proceeds from this live event support DSM’s mission to deliver the spirit of Broadway to North Texas audiences through educational programs and community outreach initiatives. Hershey Felder: Beethoven tickets are $55 per household, and on sale at dallassummermusicals.org starting July 2 at 12 noon. Tickets include access to the live stream performance plus 72 additional hours of on-demand viewing. The video recording of the live stream is available beginning one hour after the live broadcast ends. Patrons will receive a link and password to view the live stream after purchase.

The new live streaming event, “Hershey Felder: Beethoven,” features the music of Ludwig van Beethoven and text by Felder. The production is based on the original stage play directed by Joel Zwick. It will stream at 7 p.m. CST on July 12, and benefit national U.S. theaters and arts organizations. Felder will also donate a portion of the proceeds to the Penumbra Theater Company in St. Paul, MN, to support the work of Black theater artists.

The Hershey Felder Presents Arts Prize Competition honors Beethoven’s 250th birth year. A $25,000 prize will be awarded to one of five artist finalists submitting “anything Beethoven” as inspiration for their video presentation. The five finalists will be presented at the completion of Hershey Felder: Beethoven. Viewers are eligible to vote, with the winner announced one hour after the completion of voting.

Hershey Felder: Beethoven is based on Memories of Beethoven: Out of the House of Black-Robed Spaniards. This first-hand account by Dr. Gerhard von Breuning, a Vienniese doctor who spent his boyhood by the aging composer’s side. The one-man musical play features some of Beethoven’s bestl-known compositions. They include keyboard works like the “Emperor Concerto” to the 5th and 9th Symphonies, his keyboard sonatas, and chamber music selections. Produced by Samantha F. Voxakis, Karen Racanelli and Erik Carstensen, the production was critically lauded in its world premiere at TheaterWorks Silicon Valley in 2017.

Following its record-breaking world premiere, the production broke records at the San Diego Rep, and was the highest grossing production at several other venues. Felder attributes this success to the tremendous popularity of the world’s greatest composer. Director Joel Zwick also collaborated with Felder on George Gershwin Alone, Monsieur Chopin, and Maestro Bernstein. For more information or to purchase tickets for the live streaming “Hershey Felder: Beethoven” visit dallassummermusicals.org. 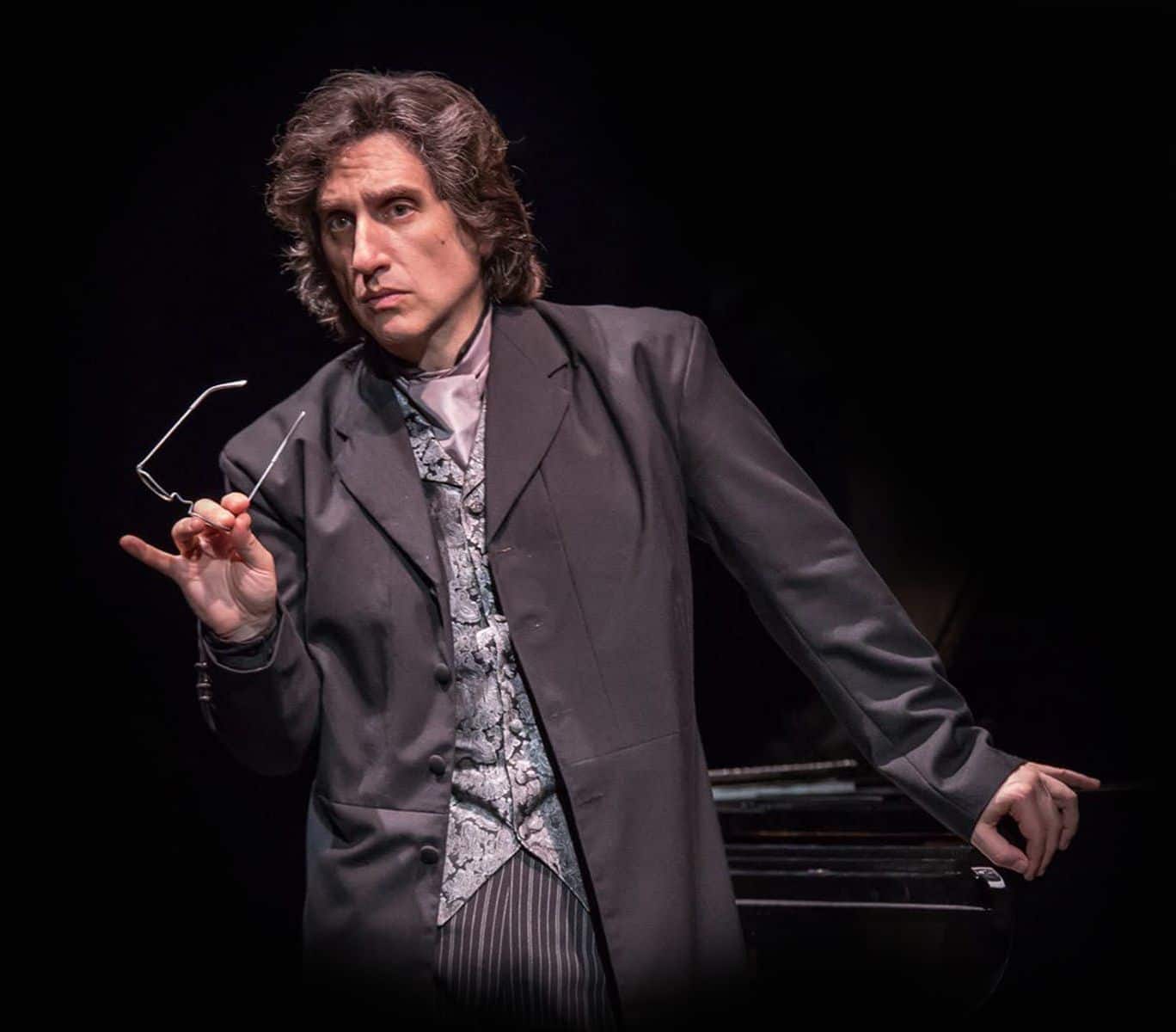