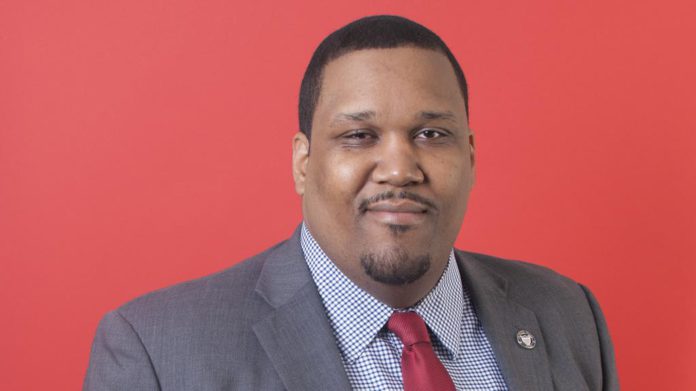 “We are extremely dismayed to have learned of this misuse of funds, and we appreciate the diligent work of the police and District Attorney’s office in thoroughly investigating this matter,” said current EDC President Belinda May.

According to court documents filed Wednesday Dallas County prosecutors presented enough evidence to a grand jury to proceed with a criminal trial. The referral handed down by the jury alleges that during the time span of July 23, 2015 and October 3, 2016 Quarles misappropriated between $2,500 and $30,000 of taxpayer dollars.

On his personal LinkedIn profile Quarles served as the DeSoto EDC chief officer from June 2013 to December 2016. But May asserts that Quarles was asked to resign by the DeSoto City Manager Dr. Tarron Richardson in October 2016. Since then May says that her administration has cooperated with authorities to bring this incident to a head.

“We have been working with local police and the District Attorney on this investigation since last Fall, when questionable personal expenditures of public funds by former DeSoto Economic Development Corporation CEO Jeremiah Quarles.”

Because this is an ongoing investigation and the resulting judicial proceeding are its very early stages, there is very little information officials can release. So there are a number of unanswered question. Like how were funds misappropriated? How was the missing money discovered?

Nevertheless, May says that this is definitely a learning experience for the DeSoto EDC. Moving forward more fiscal oversight is in place for future corporation directors.

“Since there is still an open investigation, we cannot elaborate further on today’s indictment,” May said. “However, we would like to reassure the public that we have adopted new policies to ensure there are strict audit processes and expenditure controls in place going forward.”

The DeSoto EDC has made financial records available for this investigation to DeSoto Police and the Dallas County District Attorney’s office. May says that the DeSoto Economic Development Corporation remains fully committed to serving the community through proactive economic development initiatives that support business growth in the area.

Before this allegation Quarles was known only as a rising star in the financial world. In his twenties he was already advising Fortune 500 presidents. And in 2015 he was named to Development Counsellors International ‘s 40 Under 40 Award.

A five-member committee chose winners from more than 157 candidates. The nationwide search was based primarily on their contributions to the industry.

According to the DeSoto Police Department incident report dated February 6, 2017, Quarles was accused of misuse of the DeSoto EDC issued credit card. Contrary to that Quarles contends that all his purchases were legal and above reproach.

“My top priority is and will always be what is good for the city of DeSoto,” says Quarles. “Every expenditure was approved by the DeSoto Economic Development Corporation Board. Moreover, I have full faith in the process.”

Quarles is a graduate of Michigan State University and a 2018 EMBA candidate at the University of Notre Dame. He is married to The Honorable Candice D. Quarles, DeSoto City Council, Place 6.

Before 2013, he was the economic development director for the City of Glenn Heights. In 2011 he was a project manager for the city of Dallas Office of Economic Development.

While in DeSoto, Quarles oversaw several projects totaling more than $115 million in new capital investment. His administration and created or retained more than 350 full-time jobs, according to DCI.