To celebrate Texas History Month, the Museum of International Cultures in Duncanville will present a timely program about Texas History and Women’s History from 1-2:30 p.m. March 19. Refreshments will be served, including red beans, corn bread and sweet tea. Admission to the event is free.

Historian Pat Thibodeau will present a program at 1 p.m. called “Meet Mary Maverick,” an illustrated biography of this little-known Texas woman. Mary Ann Adams Maverick was born in Alabama and moved to Texas shortly after marrying Samuel Augustus Maverick. He was a Yale graduate who had been the Alamo garrison’s delegate to the Convention of 1836 declaring Texas’ independence from Mexico.

They were the parents of ten children, and together they raised six of them to adulthood. Mary actually did most of the child rearing on her own, as Sam traveled throughout the State and the Southern United States buying land and serving in various government positions.

After she was widowed, Mary published her memoirs chronicling her pioneer experiences in Texas. They included those of her husband being a prisoner of war in Mexico, surviving Indian attacks, and living through the deprivations of the War for Southern Independence.

Mary Maverick was 90 years old when she died. She and Samuel are both buried in San Antonio City Cemetery.

At 1:30 p.m. an art show featuring the first public showing of work by Mellanie Cain, an artist from India Acres, near Ferris in Ellis County. The exhibit, titled “Deep in the Heart of Texas,” will feature paintings that will be for sale as well as special orders.

Cain, who has been painting for 24 years, uses oil paints. Her favorite subject is landscapes.

She says, “I started out painting on wood then progressed to canvas. I was in nursing school when my husband asked me to paint on a tree ring that he wanted to give his friend for Christmas. The piece of wood had a natural heart in it. I told him that if he bought the paints then I’d be happy to do so. I got carried away and just kept painting!” 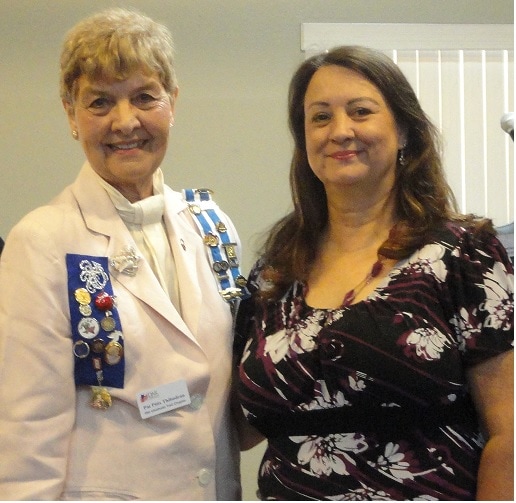