On the opening kickoff, Nimitz fumbled the ball, setting up Duncanville for their first touchdown. The Panthers took possession on the 25 and two plays later scored on a Jakari Brooks run from the four. The two plays ran only 19 seconds off the clock. Josh Delgado was good for the PAT.

Duncanville struck again with 5:19 left in the quarter on a Jaylin Nelson 17-yard pass to Isaiah Upshaw. Again, Delgado’s kick was good.

Nelson would finish the game with 210 yards passing and two touchdowns. Upshaw would be the receiver for both touchdowns. The second occurred on a 29-yard pass for the score. This brought Duncanville’s lead to 21-0 with nine minutes left in the half.

Duncanville scored their last touchdown with 3:59 left in the half on a five-yard run by Tre Siggins. Delgado’s kick was good.

Nimitz scored their only touchdown in the waning seconds of the half on a two-yard pass from Derrick Hamilton to Zach Wilson.

The half ended 28-7 Duncanville, and that would be the final game score as offense sputtered defense ruled for the entire second half.
Brooks led the Panthers in rushing (14-78), and was a major force in their 21 first downs.

There was no scoring in the second half as both teams fell into the maladies of penalties and turnovers. Duncanville fumbled 3 times and lost them all. While Nimitz lost 2 of their 3 fumbles.
Even though Duncanville amassed 432 total offensive yards it was mostly countered by nearly 100 yards in penalties.

With a commanding lead of 28-7 at the half, it looked like Duncanville was about to bust the game wide open. But senseless penalties kept the Panthers out of the end zone. Off sides, holding, unsportsmanlike conduct, and pass interference were problems that were chronic throughout the game.

Even though there were numerous issues on the field, Duncanville’s defense did a superb job. Defensive lineman Javion Adams and Terrace Newman played an intense, quality game. Defensive End Marcus Mosely and Linebacker Keyshawn Johnson contributed tremendously to keeping the total offensive output of Nimitz to only 85 yards. 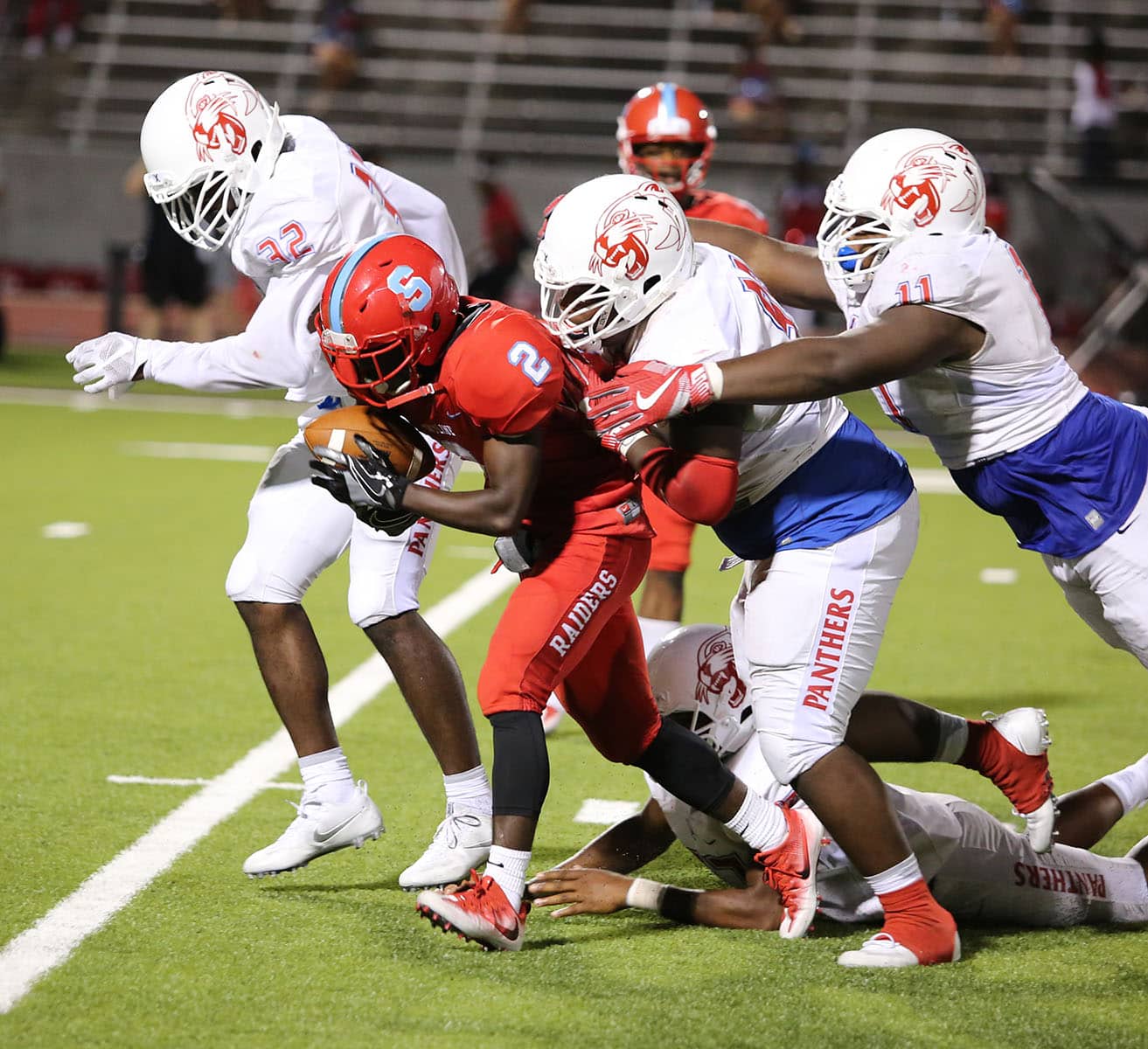