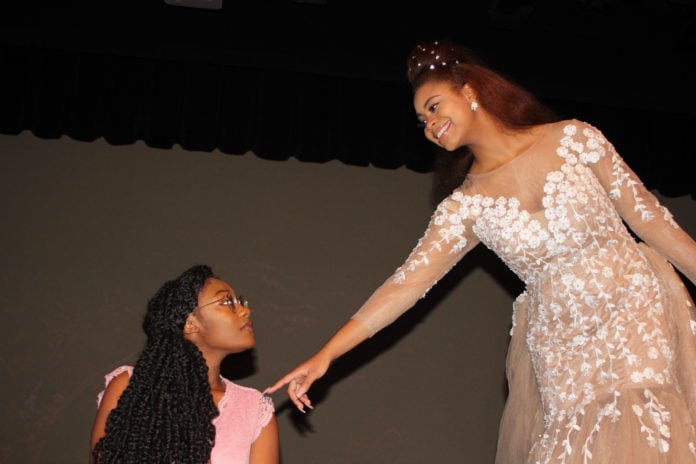 Her mom Naya Walker said, “We are thrilled about this nomination! Alexis was hospitalized for over a week in January after falling ill out of nowhere. We found out she has Type 1 Diabetes having to take insulin 3-4 times a day (going to the nurse during school hours). This was such a blow, since we’ve dealt with her having severe asthma since she was two years old.”

“I am honored and humbled,” Alexis said. “This nomination after all I’ve been through is such a glimmer of hope for me. I know I will be alright and can accomplish anything I set my mind to!!”

The school’s musical program was started by DHS Lead Theatre Arts/Debate Coach Rebekah Lowery. She said, “I came to Duncanville in January 2017, and there was no musical theatre program at that time. The following December I opened ‘Grease’ with my fellow theatre teachers. That spring I submitted the paperwork to add musical theatre as a course, and it was approved. This current school year is my second year of teaching it as a class.”

“Last year, I teamed up with the school’s show choir to put on ‘Bye Bye Birdie,’ but our production dates were outside of DSM’s competition window. I decided to enter the competition this year with ‘Cinderella,’ with the Head Choir Director Jesse Cannon. I had heard of the competition for quite some time, and everyone was excited when I made the announcement. We are already in the planning stages for next year’s musical, and we definitely intend to compete,” Lowery said.

“I absolutely love working with these students. Their dedication makes me so proud on a daily basis, and we all had a lot of fun with this show. They put their heart into ‘Cinderella,’ and the memories we made will always be special to me. Alexis is so deserving of this nomination. She has an extraordinary natural talent, and at the same time exhibits graciousness and a willingness to learn. Her performance as the Fairy Godmother was truly magical,” she said.

Dallas Summer Musicals HSMTA celebrates the power of the arts to improve all areas of education. The annual awards recognize artistic and educational achievements of North Texas students and their high school programs. A diverse group of qualified judges from the theater community evaluated 72 performances from 68 participating high schools for the program. The digital awards program will stream on DSM’s YouTube channel at 7 p.m. May 14.

Several Best Southwest schools were also nominated for the Buckley Awards, presented by Casa Manana. Their award is named for Tony Award® winning actress Betty Lynn Buckley, who started her musical theatre career at the Fort Worth theatre.

Alison Fuentes from Grand Prairie High School was nominated for Costume Design for “Chemical Imbalance: A Jekyll and Hyde Play.”