The HSMTA showcase features 500 talented students performing with a professional 25 piece orchestra. They will compete for 16 awards and 17 scholarships during this exciting showcase.

DSM HSMTA event chair is John R. Clutts, with Patty and Berry Epstein as honorary chairs. Leah and Jerry Fullinwider are founding donors of the program. Ron Corning of WFAA TV fame will serve as emcee for the event.

Two-time tony Award® nominee Stark Sands will appear and also perform at the event. He will accept the Fullinwider Award for his roots and educational years in the Dallas theater community. Sands is a Dallas native who attended Highland Park High School. He is known for his role as Tunny in the original Broadway cast of “American Idiot,” and originating the role of Charlie Price in “Kinky Boots” on Broadway.

DSM High School Musical Theatre Awards celebrates the power of the arts to significantly improve all areas of education. Since DSM’s first HSMTA in 2012, it has developed into a regional program. Schools as far away as Lubbock and Oklahoma plus new and returning schools from North Texas are included. DSM’s HSMTA is the largest program of its kind in Texas, and the second largest in the nation. DSM HSMTA has been recognized by The National High School Musical Theatre Awards as their official affiliate program for North Texas.

The evening begins at 5:30 p.m. with Red Carpet arrivals by the nominees. A VIP reception for sponsors, judges and DSM executive board members will be held at 6 p.m. The show begins at 7 p.m., with performances from the Best Actor, Best Actress and Best Musical nominees accompanied by a live orchestra. Winners and scholarship recipients will be announced.

DSM HSMTA is the only program in the nation, other than the National High School Musical Theatre Awards (the Jimmy™ Awards), to offer Best Actor and Best Actress winners $10,000 scholarships to continue their education. To date, DSM HSMTA College Scholarship program has awarded $135,000 in cash scholarships to deserving students. DSM has also launched a scholarship endowment drive to raise $1,000,000 to be used for future DSM HSMTA scholarships. DSM HSMTA has already raised $270,000 through this initiative.

Winners of the Best Performance by an Actor and Actress not only receive a $10,000 scholarship, but also an all-expense paid trip for five days to New York City. There they will represent their high school in the National High School Musical Theatre Awards (the Jimmy™ Awards) for the chance to win prizes and other scholarships, which vary by year. 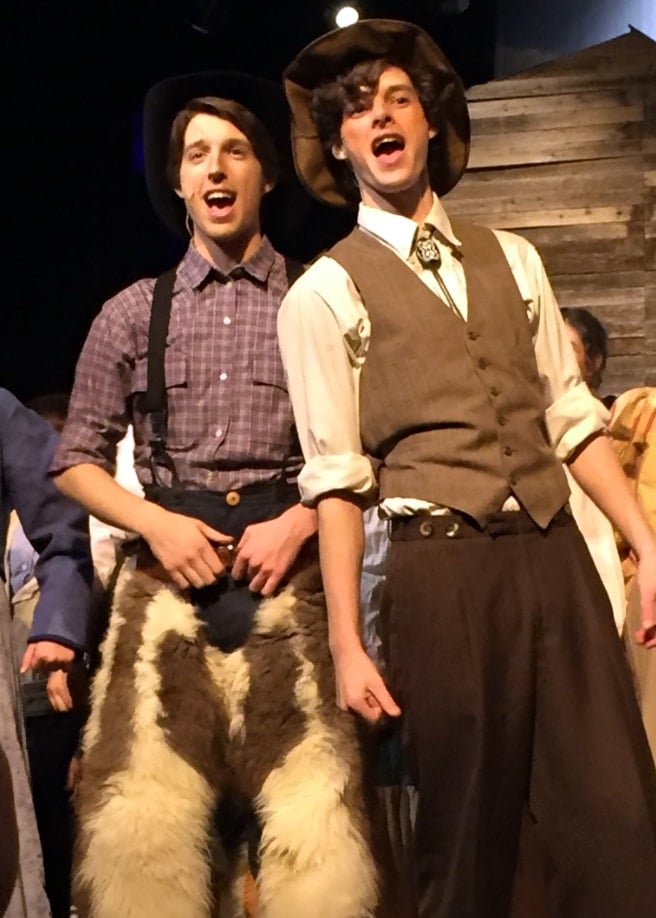