It was a great day for some of the Best Southwest schools competing at the UIL Track & Field Championship in Auston.

Coach Beattie said he wanted ‘all the smoke’ and the team listened as they showed up at the UIL state meet in Austin. DeSoto Girls Track and Field Team brought the heat and for the 5th consecutive year won the state championship! The ladies track team is the third girls team in UIL history to win at least five straight team titles. Overall, this is DeSoto’s ninth girls team state championship.

The Lady Eagles Track & Field Team has tied Skyline for second place in UIL history, in first place is 12-time champion Lancaster. Welcome the Lady Eagles back to DeSoto and congratulate them on their title tomorrow at 1pm at DeSoto High School Fieldhouse.

The Cedar Hill High School Track & Field Team had a phenomenal afternoon on Saturday at the UIL Class 6A Track & Field Championships in Austin, winning three gold medals in less than four hours.

Senior Brya Brewer, the top girls high school triple jumper in the United States, won the gold medal in the Triple Jump. The Texas Tech commit’s best jump – 42 feet, seven and a half inches was two feet farther than the silver medalist from Richmond George Ranch.

Alief Taylor was a third of a second behind both schools, in third place.

The Boys 4×200 Meter Relay of Green, junior Robert Richardson, Ware and Good won the gold medal in 1:23.99, defeating Cypress Ridge by nearly three-tenths of a second. 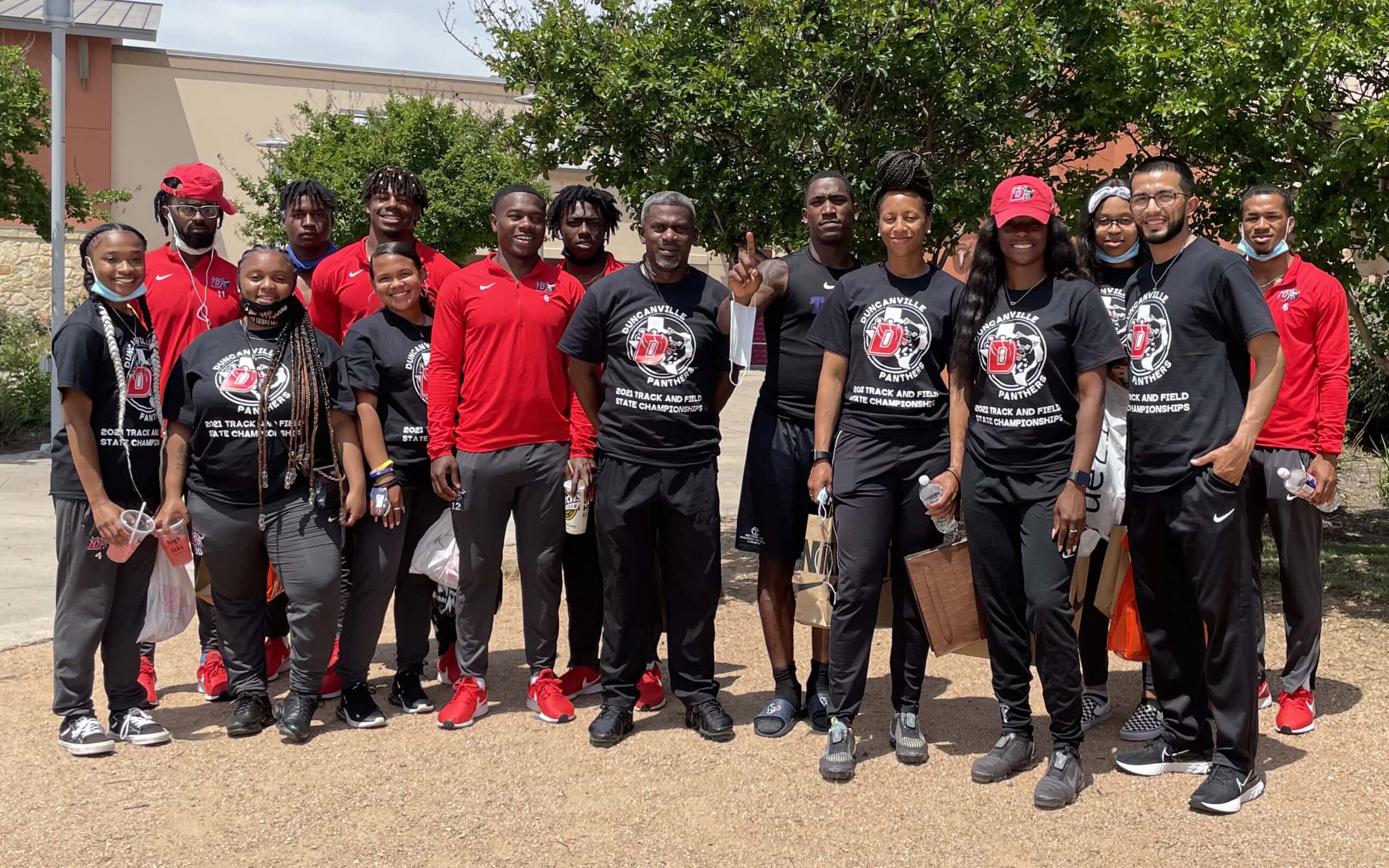 Congratulations to the boys and girls track teams for their successful seasons. Both sent relay teams to the state meet last weekend.

The girls finished fifth in the 4×200 meter relay. The team was comprised of seniors Laroncia Alexander, and Makhiya McDonald along with Sophomore Kennedy Brow and freshman Aaliyah Gipson. 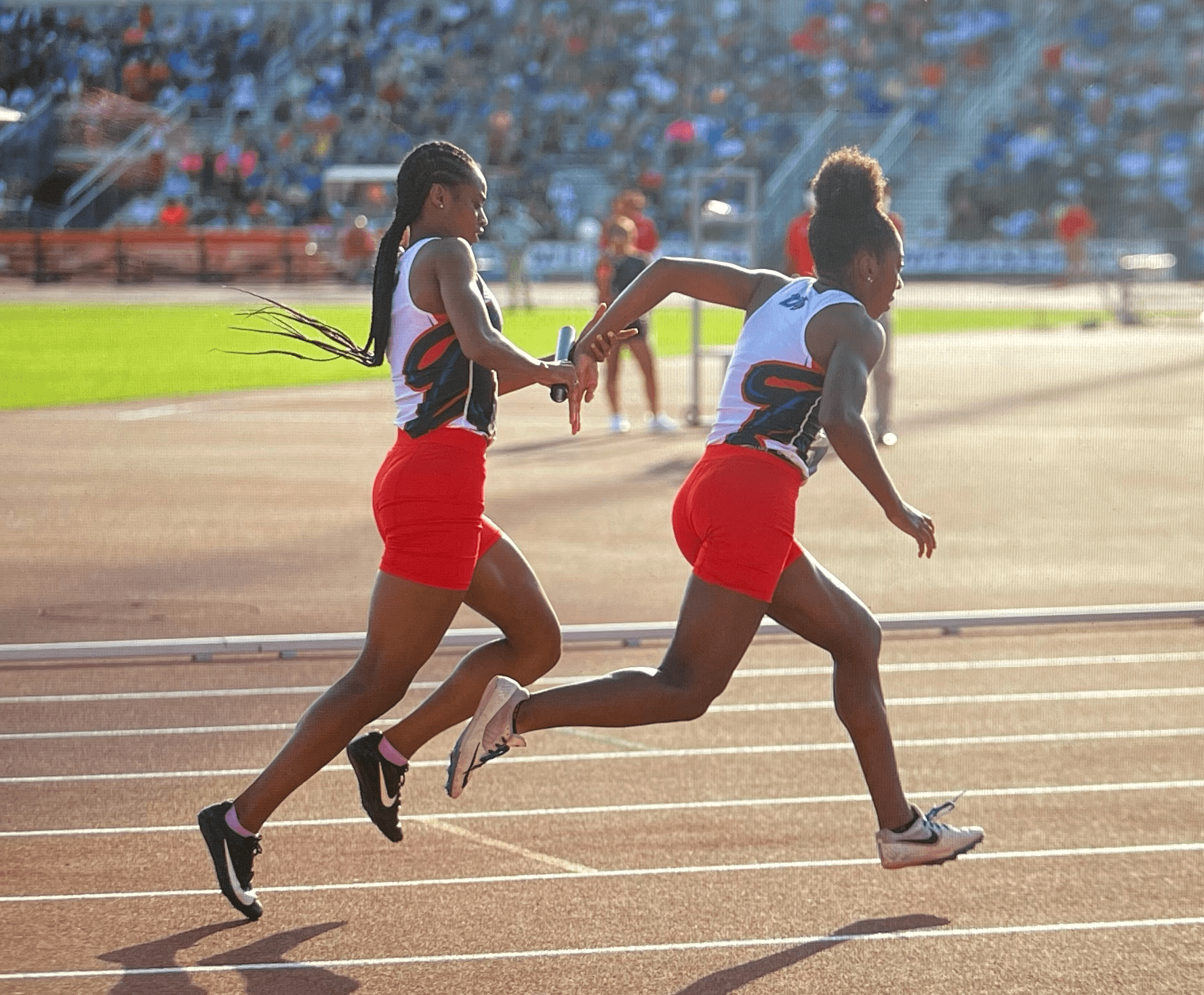 The boys took eighth in the state in the 4×100 meter relay. That team included seniors Treveon Johnson and Elijah Keeton, along with juniors Donte Hamilton and Pierre Goree Jr.
The girls and boys track teams were highly competitive throughout the season and proudly represented their school, community and families.

State Champions 5A Girls – Lancaster Congrats to the Lady Tigers Track Team as they continue their winning legacy by tying for the Class 5A State Track and Field Team Title. The Lancaster girls have won a UIL record of 13 team state titles!

Heritage High School junior Leah Anderson won the gold in both the triple jump and 100-meter hurdles events! She is also the first state champion in Heritage track and field history.