Dallas Theater Center (DTC) is planning a new film adaptation, “In the Bleak Midwinter: A Christmas Carol for Our Time.” The film version sets Dickens’ classic Christmas novel in a modern setting.

“The challenges of COVID prevent us from being able to revive our large-scale production of A Christmas Carol for live audiences. But we are determined that the Christmas spirit will live on at our theater,” said Kevin Moriarty, Enloe/Rose Artistic Director, Dallas Theater Center. “Faced with the assignment of creating a new version of Dickens’ classic story that could be rehearsed and filmed with strict safety protocols, we began by compiling a list of all the things we could NOT do: no special effects, children, dancing, live music, crowd scenes, ghosts or actors standing within six feet of each other. But from these limitations, we’ve created a brand new, one-time only contemporary version that remains true to the spirit of Dickens’ masterpiece and allows us to re-examine the story in fresh, surprising ways that will fill our audience with the hope of redemption. It has become very close to my heart and I’m eager to share it with our audiences.”

DTC’s unique film adaptation demonstrates the timelessness of Charles Dickens’ story. On Christmas Eve, Ebeneezer Scrooge faces the heartbreak and happiness of his life when his life passes before his eyes. He must take the path of redemption or damnation.

Bryan White, Director of Production for DTC, said, “Creating this film is forcing us to use new vocabulary, expand our skill sets and approach the design of the physical production in new and interesting ways. We have robust safety protocols in place, including a testing regime for everyone involved with the production, strict use of masks and rigorous social distancing. As we go through the production process for this film, we’re eager to learn a lot of lessons that we will bring forward for how we design and build future shows, whether for a live or digital audience.”

A Christmas Carol for Our Time

Dallas Theater Center, founded in 1959, performs to an audience of over 100,000 North Texas residents annually. DTC is now a resident company of the AT&T Performing Arts Center and presents its Mainstage season at the Dee and Charles Wyly Theatre, and at its original home, the Kalita Humphreys Theater. 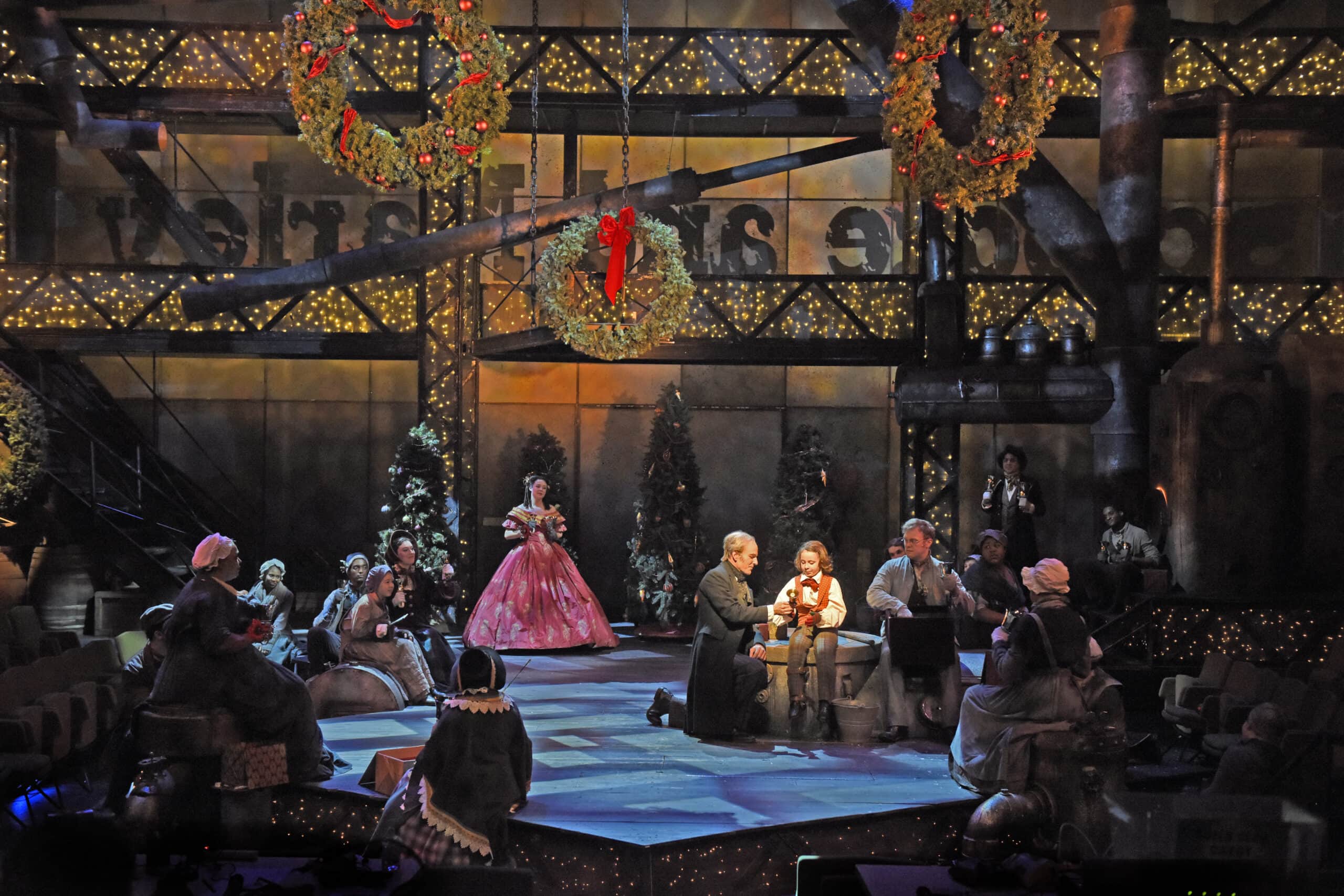