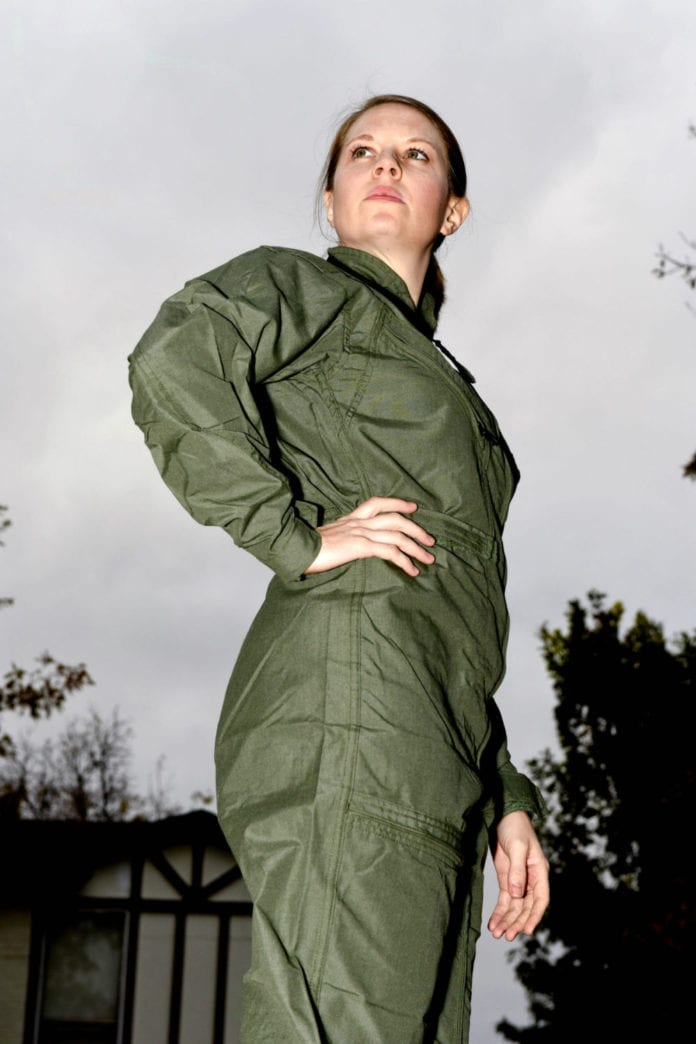 The area premiere of “Grounded,” written by George Brandt, kicks off the 2017 season for Second Thought Theatre. Artistic Director Alex Organ will direct the production, a one-woman show about a female fighter pilot. Jenny Ledel plays the pilot, who balances a career in the mostly-masculine world of modern warfare with her more traditional role as wife and mother.

“Grounded” begins with previews on January 11 and runs through Saturday, February 4. All performances of “Grounded” will be held at Bryant Hall on the Kalita Humphreys Campus, 3636 Turtle Creek Blvd. Tickets are available for $25, and can be purchased online at 2TT.co.

“I have been looking forward to exploring this piece for some time,” said STT Artistic Director Alex Organ. “The play is incredibly multi-faceted in terms of message and relevance. Change is something we’ll explore in every show this season, but in particular, Grounded explores how we navigate dramatic changes in a culture that is evolving faster that we can sometimes process. The idea that we’ve essentially removed the danger – the possibility of harm to our own forces – from the equation is a question of great moral ambiguity.”

When Ledel, a fighter pilot at the top of her game, is grounded by an unexpected pregnancy, she is reassigned to operate military drones. By day, she hunts and kills terrorists. By night, she returns home to domestic life with her husband and daughter.

Press materials said, “…the Pilot will operate the latest in Air Force fighter technology – Unmanned Aerial Vehicles – which she will maneuver from a Barcalounger in the Nevada desert. A far cry from active duty deployment life, the Pilot must make the taxing transition from 12-hour shifts operating drones and hunting the enemy to returning home at night to tuck her young daughter into bed. Thus, the already impossibly difficult choices she must make from day to day begin to take a toll on her psyche.”

“Working on this one-person show, I found I have no place to hide,” said Ledel. “You either lean full force into the vulnerability or you run the risk of turning a play into one long speech. Alex Organ is a dream director, helping me find the uncomfortable or vulnerable place and then the strength to live in it.”