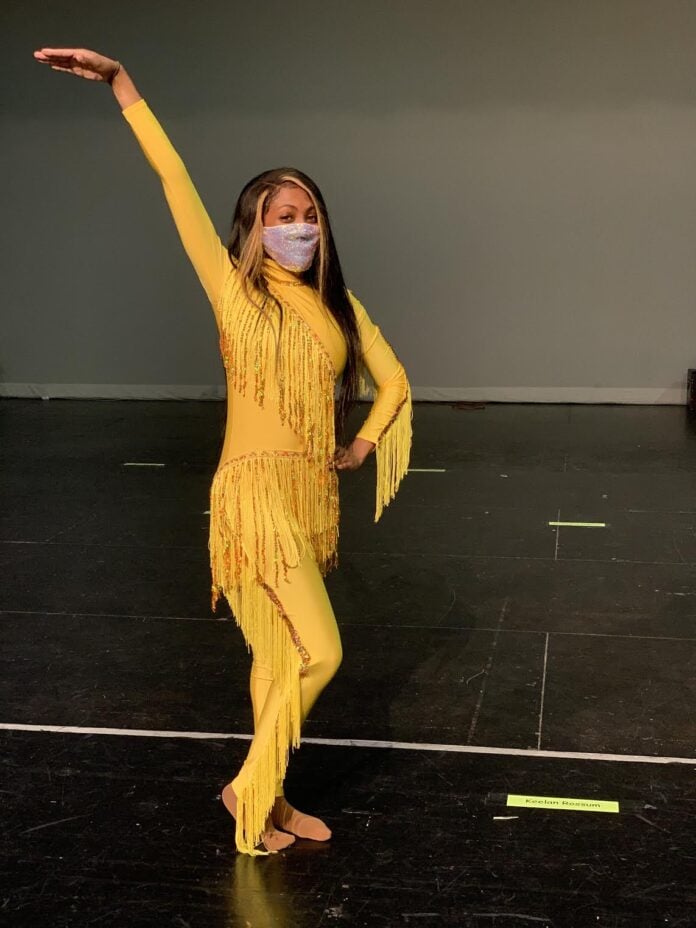 Brianna Turner Will Debut In Cedar Hill’s “The Wiz”

(CEDAR HILL, TEXAS) There’s something that Brianna Turner really enjoys about being involved in a theatre production.

“It’s my senior year, and I wanted to give it a chance,” said the Cedar Hill High School senior.

Turner had been enrolled in Theatre courses since her sophomore year, but she didn’t participate in musical theatre productions over the past two years.

Fast forward to the summer of 2020, and Turner wasn’t sure if Cedar Hill High School would even have a musical, given the challenges of performing during the COVID-19 Pandemic.

“I didn’t know how we’d pull through, but here we are,” Turner said. “We wear masks and social distance, while acting and dancing.”

“It has been a joy to watch Brianna grow as a performer throughout our rehearsal process,” Kennedy said. “She walks into the space with a smile and contagious positive energy almost every day. It is our hope that she continues to shine her light on stage beyond high school.”

Turner has always had an interest in theatre, sparked by watching Broadway shows on YouTube. She was in the choir from 2017-2020, so that was her focus.

Senior year was the time to make the leap into theatre, and she earned the role of Aunt Em, who is responsible for the lead character, Dorothy, after her parents pass away in a tragic accident.

“I have a vocal solo as Aunt Em,” Turner said. “Acting gives you a great opportunity to express yourself.”

Turner said she devoted a considerable amount of time to learning about Aunt Em. She watched both “The Wiz” and “The Wizard of Oz” and researched as much as she could on the Internet.

In addition to the Aunt Em role, Turner is one the dancers in “The Wiz.” In that role, she plays the tornado, the yellow brick road and as she says, “the whole ensemble.”

Turner enrolled at Bessie Coleman Middle School in 2016 after previously going to a charter school. She’s enjoyed her CHISD experience and plans on continuing in theatre when she begins college.

Turner was accepted to Texas Southern University and plans on majoring in Business and minoring in Theatre at the Houston-based university. One possible career path, Turner said, is opening her own theatre.

“Texas Southern has a great business school, and Theatre is something I love,” Turner said. “Combining those two interests is a great opportunity.”