(CEDAR HILL, TX) Arlin Lorenzana didn’t know much about band or instruments six years ago, but now she can’t imagine a life without the camaraderie or instrumentation of the Cedar Hill High School Red Army Marching Band.

“We’re all a family, and we have created so many memories,” said Lorenzana, a Cedar Hill High School senior who plays flute in the band. “We have the discipline, so we know we have to put in the work and stay focused.”

Because the band is so close, they refer to one another as family. But it was actually a sibling who motivated Lorenzana to join the band.

Lorenzana is the youngest of three siblings to attend CHHS. Her oldest sister, Marisol, graduated in 2009 and now works in the healthcare field in Austin.

Her sister, Leslie, graduated in 2015 and is now studying social work at UT Arlington. Leslie played the flute in the band, and she was a senior when Lorenzana was a sixth grader at Joe Wilson Intermediate.

“When they see me in the band, it brings back memories for them,” Lorenzana said.

Due to the COVID-19 Pandemic, the band has had to change its approach from previous years. They practice wearing masks, while staying six feet apart. There are no UIL Competitions, and they will take double the number of buses to away football games.

“She’s an awesome band scholar with a great attitude,” Cedar Hill Marching Band Director Derrick Walker said. “She juggles both band and softball without missing either. Her flute ensemble last year received a superior rating at Solo and Ensemble festival held in Midlothian.”

Lorenzana is optimistic about her fourth and final season in the band. She’s set her sights on attending Baylor University next year where she hopes to study Communications Science & Disorders.

Looking To Make An Impact With A Future at Baylor

“I want to make a difference and an impact,” Lorenzana said. “As a Speech & Language Pathologist, I can make an impact and make my parents proud. Baylor’s program stands out more than any other college.

Lorenzana has felt the impact of COVID-19 in several ways. Classes are held virtually until October, and she missed most of her junior year of playing outfielder for the junior varsity softball team. She hopes to make the varsity squad this spring.

“I like our teamwork – we’re always there for each other and supporting each other,” Lorenzana said.

She also lost her part-time job as a restaurant hostess.

Still, Lorenzana used the extra time to research colleges and apply for scholarships.

“Throughout my entire life, I have tried to maintain Advanced Placement or Pre-AP Classes,” Arlin said. “I really like that learning environment.”

Arlin is a self-described “book nerd” who has thoroughly enjoyed Sandra McGee’s English classes at CHHS. Mystery novels are among her favorite.

Next spring will be bittersweet for Lorenzana, who first enrolled at CHISD as a Kindergartner at Highlands Elementary in 2008.

“I can’t picture myself being in any other district – it feels like home,” Lorenzana said. 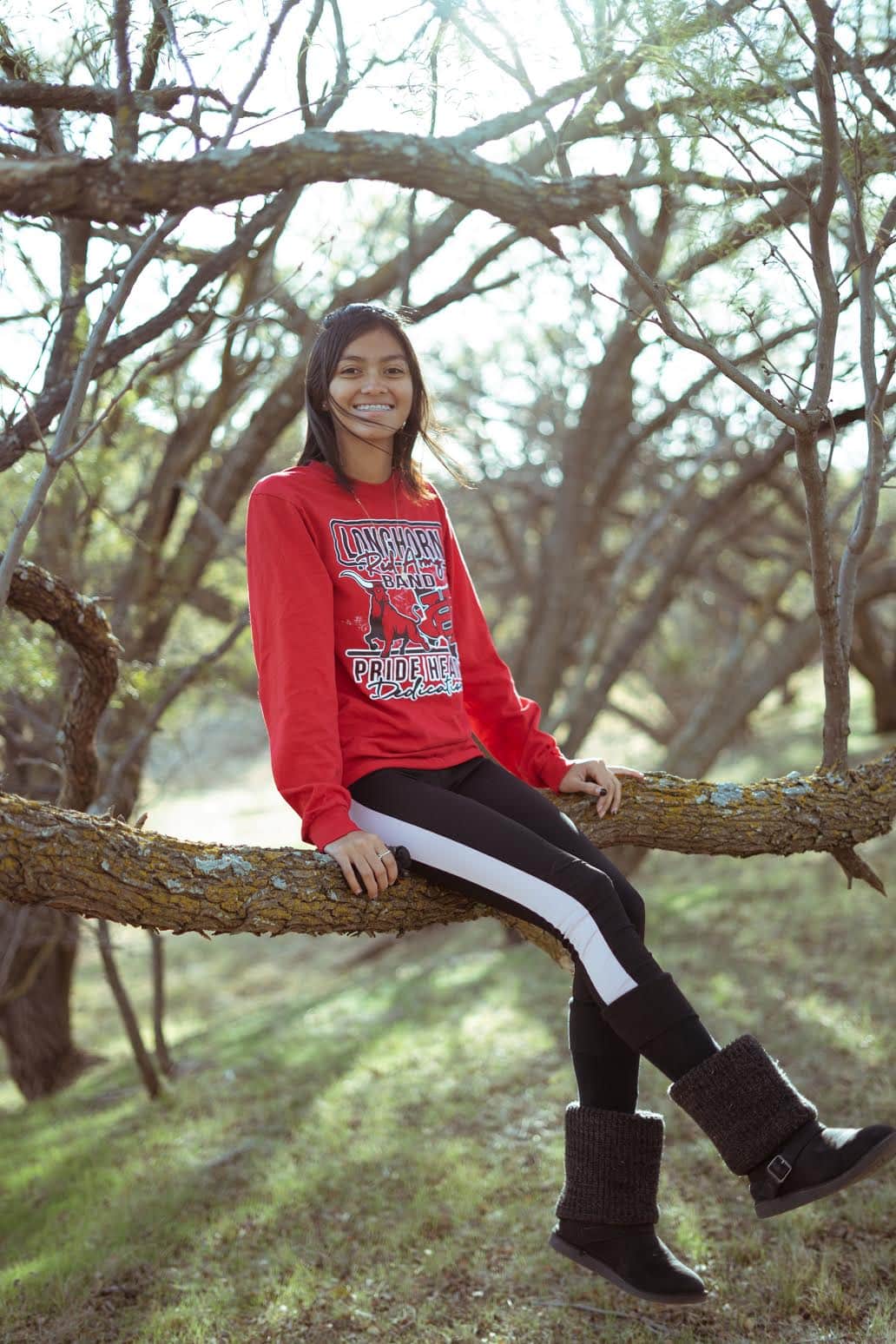