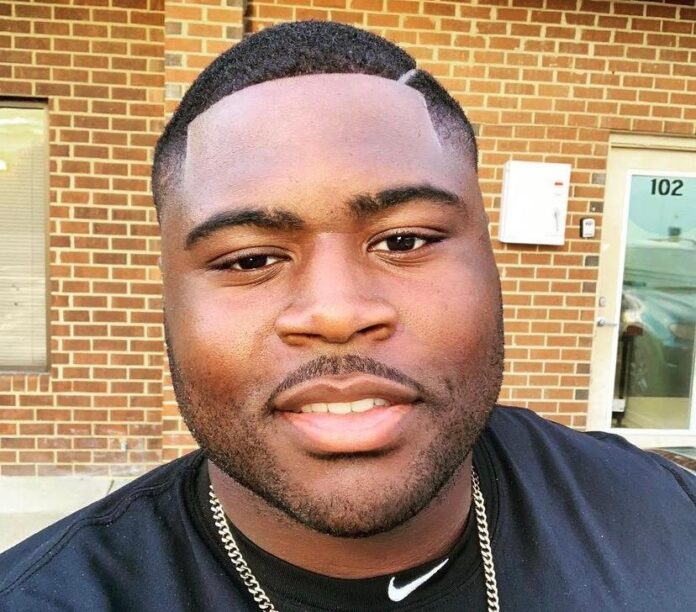 (CEDAR HILL, TEXAS) Not long ago, Brice Musgrove was defending America as a Naval Officer in the United States Navy.

While serving on active duty, he worked as an assistant coach to rebuild a struggling high school football team in coastal Virginia.

He recently retired from the Navy as a Lieutenant, and he’s headed home. The 2010 Cedar Hill High School Graduate will teach History or Science this fall and coach the defensive line for the CHHS Football Team.

“After I left the military, I knew I wanted to come back and coach at Cedar Hill,” Musgrove said. “(Cedar Hill Head Football) Coach Carlos Lynn reached out to me. I came and interviewed, and they wanted me to come join the staff.”

Musgrove is teaching Harris’ US History course for the rest of the school year, and he’s coaching in spring practice with the Longhorns – which runs through the Spring Game on May 19.

Musgrove is the fourth Cedar Hill ISD Graduate on the football staff, joining Adam Shead, who was his classmate in the Class of 2010, freshman coach DeAndre Wynn and Bessie Coleman Middle School coach Michael Cunningham.

Musgrove and Shead like to joke around with each other about their playing days, but they are very serious about success on and off the football field.

“We both do things the Cedar Hill Longhorn Way,” Musgrove said. “We’re both excited to continue to motivate these guys to be ready for the upcoming season.”

Musgrove was a three-year letterman for the Longhorns, leading the program to a pair of district championships in 2008 and 2009, respectively. Cedar Hill reached the Regional Championship Game in 2008 – Musgrove’s junior season.

He played football at the United States Naval Academy in Annapolis, Maryland.

“It was definitely an experience like no other – football coupled with the military,” Musgrove said. “It’s a high intensity academic school. I learned a lot about football and grew as a person.”

‘A Game You Should Definitely Have On Your Bucket List’

Musgrove enjoyed competing in the historic Army-Navy rivalry. During his time in Annapolis, the Midshipmen went 4-0 against the Cadets.

“There’s no other rivalry in the country like it,” Musgrove said. “It’s a game you should definitely have on your bucket list. It’s a very, very competitive game.”

Musgrove was stationed mostly in Virginia but traveled throughout the globe for military assignments.

He’s now ready to be home in a community where he first arrived as a Belt Line Intermediate fifth grader in 2002. Musgrove was part of the first graduating class at Bessie Coleman Middle School in 2006.

A few months later, he was on the freshman team when the Cedar Hill Football Team won its first ever State Championship.

“He was a good football player who served his country, and I think he’ll be a good role model for the kids,” Lynn said.

Musgrove is coaching a talented group of defensive linemen, led by Syncere Massey, who has already received scholarship offers from the likes of USC and Arizona State.

When the Longhorns host Rockwall on August 27 to open the 2021 season, it will be the first time in 12 years that Musgrove will be on the Cedar Hill sidelines.