Friday night football is finally here as we had an exciting game with the Cedar Hill Longhorns vs the Arlington Colts last night. COVID-19 truly put a different spin on Friday Night Lights as the game was held at Globe Life Park. This enabled more people to attend the game while maintaining a safe distance. On the Jumbotron there were guidelines and reminders of ways to prevent the spread of COVID-19.

Fans could see reminders of the pandemic as the coaches and even the cheerleaders were all wearing masks to not only protect themselves, but also to protect others. Even the coin flip was different from last year. There was only one player from each team that met in the center of the field with the two referees (Arlington’s cornerback Richard Toney and Cedar Hills’s quarterback Kaidon Salter).

Colts Coach Peach As a Mentor

The Arlington Colts head coach Scott Peach joined with his players as they took a knee before the anthem. They shared a heartfelt video showing how they can make a difference in the community. Coach Peach wore a shirt that read “No matter the color that’s my brother” and on the back of the shirt they had two arms locked together. Coach Peach is a wonderful mentor as he is able to connect with all of his players. This will have a brilliant ripple effect in these young men’s lives.

In the second quarter, the Colts were able to take the lead with running back Rodney Talton blazing past would be tacklers for a 28-yard touchdown! Cedar Hill Coach, Carlos Lynn, was not rattled even with the Longhorns not able to score a touchdown on the last play in the second quarter.

The Longhorns meant business as they were able to march down the field on a 12-play drive. Quarterback Kaidon Salter threw a 4-yard bullet to Javien Clemmer to tie the game 14 all. Shortly after the score, the Longhorns were able to recover a fumble on the kickoff.

This gave life to Cedar Hill as running back Kevin Young scored on a 10-yard touchdown run! It seemed that the Longhorns were about to pull away but that was short lived. The Colts showed a never give-up mentality with running back Rodney Talton able to tie the game back up 21-21 in the 4th quarter.

Coach Lynn knew that his team was battle tested and with his senior quarterback Kaidon Salter leadership, the Longhorns were able to get the win. Kevin Young Jr scored on a 14-yard run to take a 28-21 lead.

The Longhorns were able to keep the lead with defensive-end Charles Esters III having at least three sacks in the game. Next week (Oct 9, 2020) the Longhorns will host the Allen Eagles at 7:30pm. 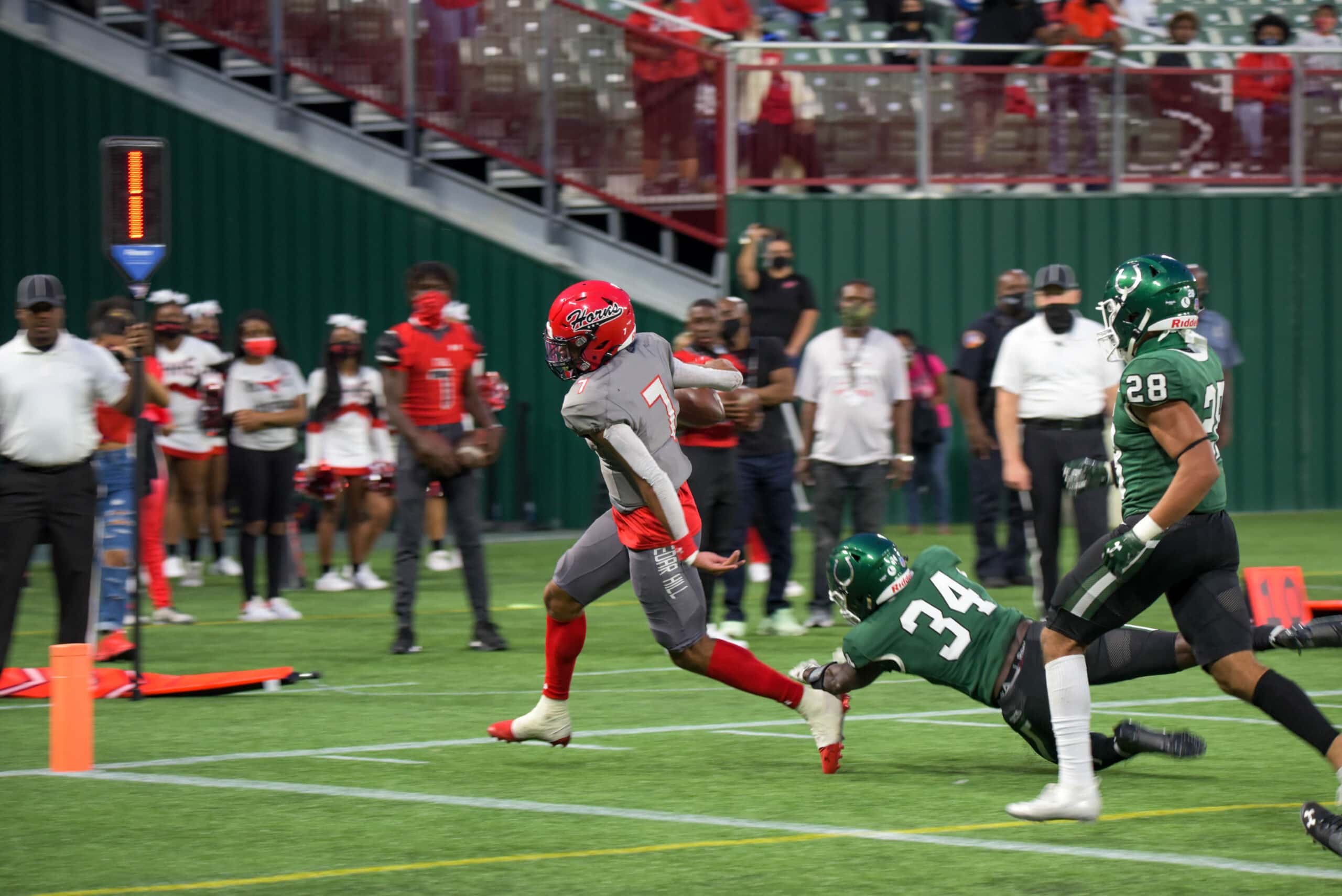