(CEDAR HILL, TEXAS) The honesty is apparent in the eye contact. The trustworthiness is evident in the firm handshake. The attentiveness is obvious when he shows up early to each and every meeting.

These are life lessons that Cedar Hill High School Assistant Principal Keric McGowan learned from the late John Shelton, a Fort Worth telephone company employee whom he considered the most influential person in his life.

“He taught me about the example I can set each and every day,” McGowan said. “He taught me about being polite and being a gentleman, about remembering someone’s name. ‘A man’s word is all he has’ is something John Shelton used to tell me.”

McGowan has taken ‘remembering names’ to heart. He’s made it his personal mission to learn the name of every scholar and staff member at the Class 6A high school campus where he’s employed.

And he’s learning it, all in the name of showing respect.

“The Shelton Family always told me to pay it forward and that every day is an opportunity to impact someone in a positive way,” McGowan said. “Whether it’s a kind word or a positive memory, you can help create that. They saw something in me and encouraged me. Here I am today.”

McGowan is a campus administrator and United States Air Force Veteran who has a Master’s Degree in Education from the University of Texas-Arlington. But the Fort Worth native knows his career success and incredibly optimistic attitude wouldn’t be possible if it weren’t for John and Maria Shelton, the parents of his childhood friends.

That is why McGowan always tries to be “firm and fair” with scholars he encounters throughout the day.

“I will work with any scholar in any situation,” McGowan said. “I want them to know that I am an advocate for them. Most of the scholars just want someone they can trust. I try to listen and show compassion. And I am an open book. I have no problem sharing my story with them.”

The Sheltons were there for McGowan after years of personal tragedy in his own life.

McGowan was born in Fort Worth in 1973. Tragedy first struck when he was 5 years old.

There was a domestic violence incident between his parents. His mother responded by fatally shooting his father.

“I still remember my father’s face and his smile,” McGowan said.

McGowan’s grandmother encouraged the authorities to pursue the case with leniency. She did not want her grandson to be without a mother and a father. They listened, and McGowan’s mother received probation.

Some of McGowan’s classmates knew about the tragedy, and they would tease him. He would become understandably upset at their insensitivity and get into altercations.

McGowan wishes he’d received counseling after the tragedy, but it wasn’t readily available at the time.

The hardships didn’t end there.

McGowan’s mother began using illegal drugs, which resulted in her being in and out of prison for the better part of a decade – mostly through McGowan’s high school and early adult years.

His mother’s absence resulted in becoming the family’s caretaker as a teenager. He wasn’t just responsible for himself, but also, his two younger sisters.

McGowan and his sisters spent time in homeless shelters and were homeless for approximately two years. He was scared about what might happen, so he slept in the same clothes that he wore during the day.

“My faith is Number One,” McGowan said. “I knew someone was looking out for my sisters & I.”

Eventually, his grandmother took in his sisters, while he lived with his great-grandmother – where he was expected to pay rent.

All the while, he was a student at Dunbar High School in Fort Worth. In order to keep his family intact, McGowan knew he had to keep a low profile, so participating in extracurricular activities wasn’t an option.

“Some of my classmates knew some things were different, but nobody knew the extent,” McGowan said. “I didn’t come to school every day, and I had a job at a popular Fort Worth restaurant.”

Few, if anyone, knew the real challenges he faced as a head of household at ages 14 and 15.

“I wasn’t ready to be a father, but I was a father figure,” McGowan said.

McGowan enlisted in the United States Air Force. He married Arista Owens-McGowan – whom he had met in middle school – at age 19. He was stationed at Shaw Air Force Base in South Carolina as an Intelligence Operations Specialist, and Owens-McGowan was enrolled at the University of Oklahoma. They have been married for 28 years.

McGowan learned that his sisters were having challenges living with their grandmother that became increasingly more difficult.

Eventually, he traveled back to Fort Worth, officially adopted his sisters and moved them to South Carolina.

McGowan visited his mother once while she was incarcerated. He made the four-hour roundtrip drive to the prison in Gatesville.

“It was on my heart to go and tell her how I felt,” McGowan said. “My philosophy was that she did something that she needed to account for. I didn’t want to make a habit of visiting. I thought that being at Gatesville was a good place for her to get off drugs and self-reflect on her life.”

Today, McGowan’s mother is drug-free and retired in Fort Worth. He forgives her for everything that happened, and she is very apologetic about the mistakes she made.

“That is the only mother I have,” McGowan said. “I was always afraid to get into trouble. My mother always taught me about protecting my sisters, no matter what, and in order to protect them, I had to be around. I missed my childhood, but I am OK playing the cards I was dealt. This is my life and these are my cards.”

McGowan said he’s taken the life lessons he’s learned and tried to have a positive impact on scholars at CHHS where he is one of four assistant principals on campus.

“My experiences have made me extremely strong, compassionate and understanding, but also relentless and persistent,” McGowan said. “I don’t allow people to give me an excuse about what they can’t do. That’s why I’m so open and honest about the things I’ve been through. You have to make a decision of what you want your life to look like. Being an educator, this is a wonderful opportunity to impact a generation, not only of scholars but people. People, especially right now, need to be encouraged.”

McGowan said he is “open and honest” with his two sons, ages 21 and 11, about his experiences. The 21-year-old has followed his parents into the education profession and currently works in Everman ISD.

After serving honorably in the US Air Force, McGowan returned to the Metroplex and joined the United States Post Office, working in Arlington.

He later became a licensed barber, an insurance agent and a private investigator.

McGowan enjoyed each of those experiences for the most part, but his wife – who’s now the Executive Director of School & External Partnerships in Fort Worth ISD – encouraged him to work in public education.

He started as a substitute teacher and then became a paraprofessional, a special education mathematics teacher and eventually, an assistant principal in Everman ISD. All of that happened over the span of a decade.

McGowan gradually earned degrees, first at Tarrant County College and then, UT-Arlington. He’s thinking about pursuing a doctorate at UTA.

It was at Everman that McGowan worked for then-Everman Principal Jason Miller. When Miller, a Cedar Hill native, returned to become principal at Cedar Hill High, McGowan decided it was time to apply for a position with CHISD.

“Mr. McGowan has always been a ‘kids-first person’,” Miller said. “He has always been willing to go above and beyond for scholars and employees. In Everman, he was a jack of all trades. He could be seen repairing items throughout the campus or teaching a lesson in Math. I knew he had to be a member of my administration team at Cedar Hill.”

McGowan has considered becoming a principal one day.

“I know if I had the opportunity, I could run a school,” McGowan said.

She is grateful for the advice and wisdom that her father shared, not only with his daughters, but with McGowan as well. Holmes now works as a nurse in Fort Worth.

“I think my parents always wanted a son, and Keric became a part of our family,” Holmes said. “Some people, you can see are driven and want more for themselves at an early age. It was easy to tell that Keric had a lot of drive. I am really proud of him and so was my dad.”

The Sheltons perhaps had the largest impact on McGowan, but there were two other families that looked out for McGowan.

The parents of a classmate co-signed for McGowan’s first car. That family has since moved to Greece, but McGowan still appreciates them to this day.

The Cedillo Family welcomed McGowan into their lives, and they reflect proudly on the person he has become.

Alice Cedillo, the wife of McGowan’s childhood friend, Jerry Cedillo, said McGowan and her husband were classmates and co-workers.

“Keric’s journey brought out the best of his empathy and compassion and I know he is a champion for scholars,” Cedillo said. “We need more Keric McGowans in this world to be living examples that one’s circumstance does not determine one’s destiny.”

Cedillo was so inspired by McGowan that she wrote a college paper about his journey during her freshman year.

It was titled “Unsung Hero.”

“The challenges he faced, the obstacles he overcame, the many times he could have given or wallowed in self-pity and didn’t,” Cedillo said. “I made an ‘A’ on that paper, and I completely gave him all the credit. Keric would like to give Jerry and I some credit for how his life turned out. But all we did was love and support him and his dreams. He is the epitome of resilience and to say we are proud of him is a huge understatement.” 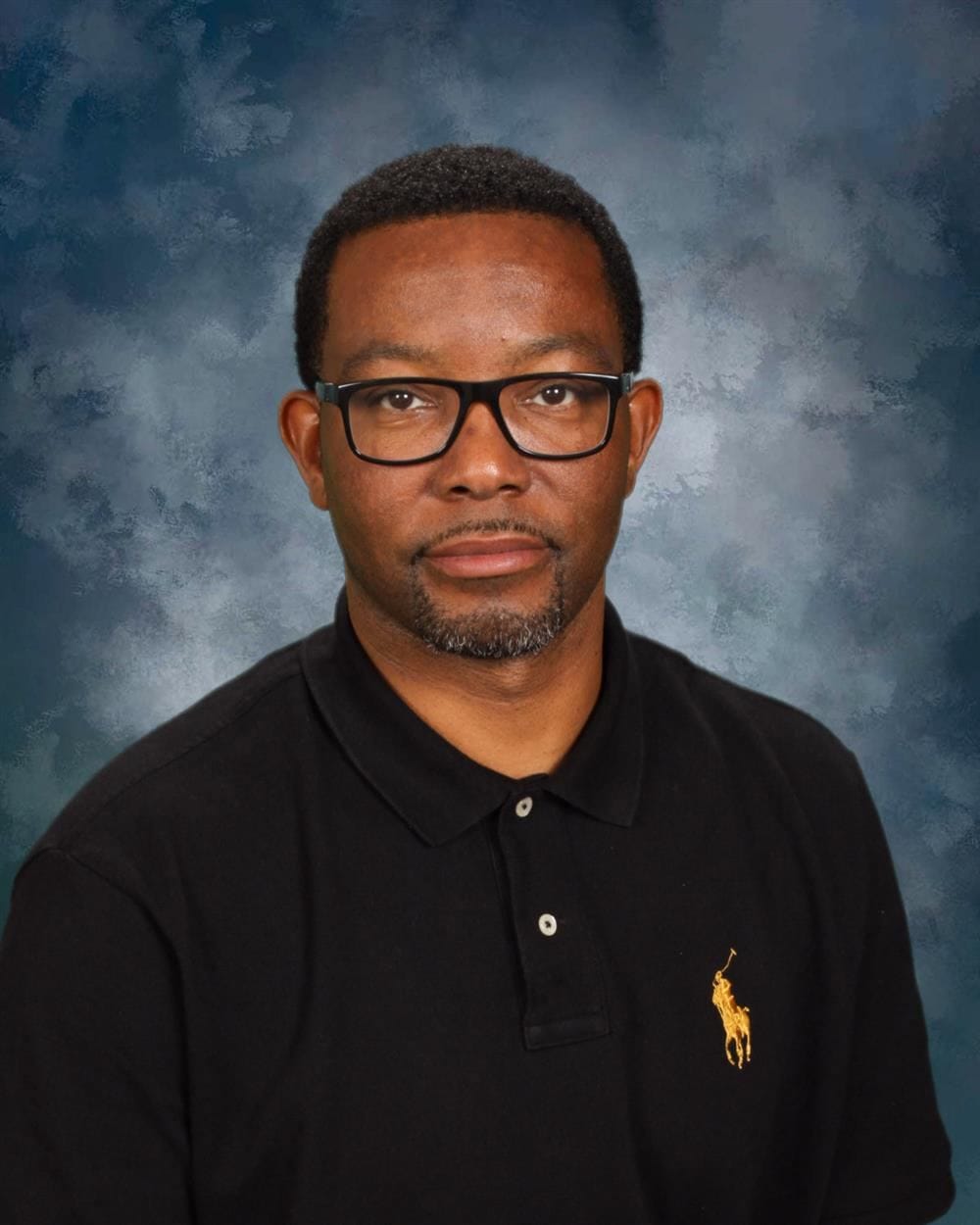