Home Commentary Sports And Life Lessons From My Grandfather

Father’s day is a holiday that is often underappreciated by the mainstream media. Television commercials, advertisements, flower companies and Hallmark cards are dedicated to celebrating that special woman in our lives.

But, often there is hardly anything for the special men in people’s lives. Fatherhood is pretty much taken for granted in this society. Sure, the mother raises and rears the child. But the father’s role of providing for and protecting the child is just as important. The man who did that for me is J.L. Benson.

Although he is my grandfather, he fulfilled his role as both a grandfather and a father to me. He has supported and been there for me all my life. Whether I needed the finances to pay for college tuition, needed a ride to and from school, or just a place to stay while my mom worked nights, he was someone that I have relied on my entire life.

He didn’t just provide for me financially, he also spent time with me, even if it was just watching TV on boring weekends. Watching baseball with him has recently become my favorite hobby.

When I was younger, I wanted to change the channel to what I wanted to watch. We would often fight over the remote with my grandmother forcing me to surrender the remote back to my granddad. Now that I’m older, I am able to realize the importance of spending time with him.

Now I deal with his constant need to watch the Rangers all throughout the week. Watching baseball has grown on me as well. Recently, I have learned some of the rules of the game. This has made watching the game less tedious. I  still admit, however, no time limits is the only thing that still annoys me.

Baseball isn’t the only sport that we watch together. Football was always enjoyable and entertaining for me, but its always more fun watching it with my grandfather and other people. This past season, watching the Dallas Cowboys was especially exciting, not only because of the savior Dak Prescott, but also because it great to see my grandfather happy after watching a Dallas Cowboys game.

My grandfather no longer utters the Cowboys name in disdain after a disappointing season. Seeing my grandfather happy makes me happy as well. Maybe, the team can make it all the way to the Superbowl this year and I can finally witness a home championship and enjoy the moment with my granddad.

With me spending so much time with my grandfather, some of his influence has rubbed off on me. From him, I learned that taking care of your family and working hard is what’s important in life. When I was younger, I would see him wake up at 4 a.m. every day without complaint. Then he would come home tired and still would spend time with his family.

Without him, I probably wouldn’t be able to afford to go to college. I would have never learned to appreciate baseball, or have any good male influence in my life. For that, I am thankful. 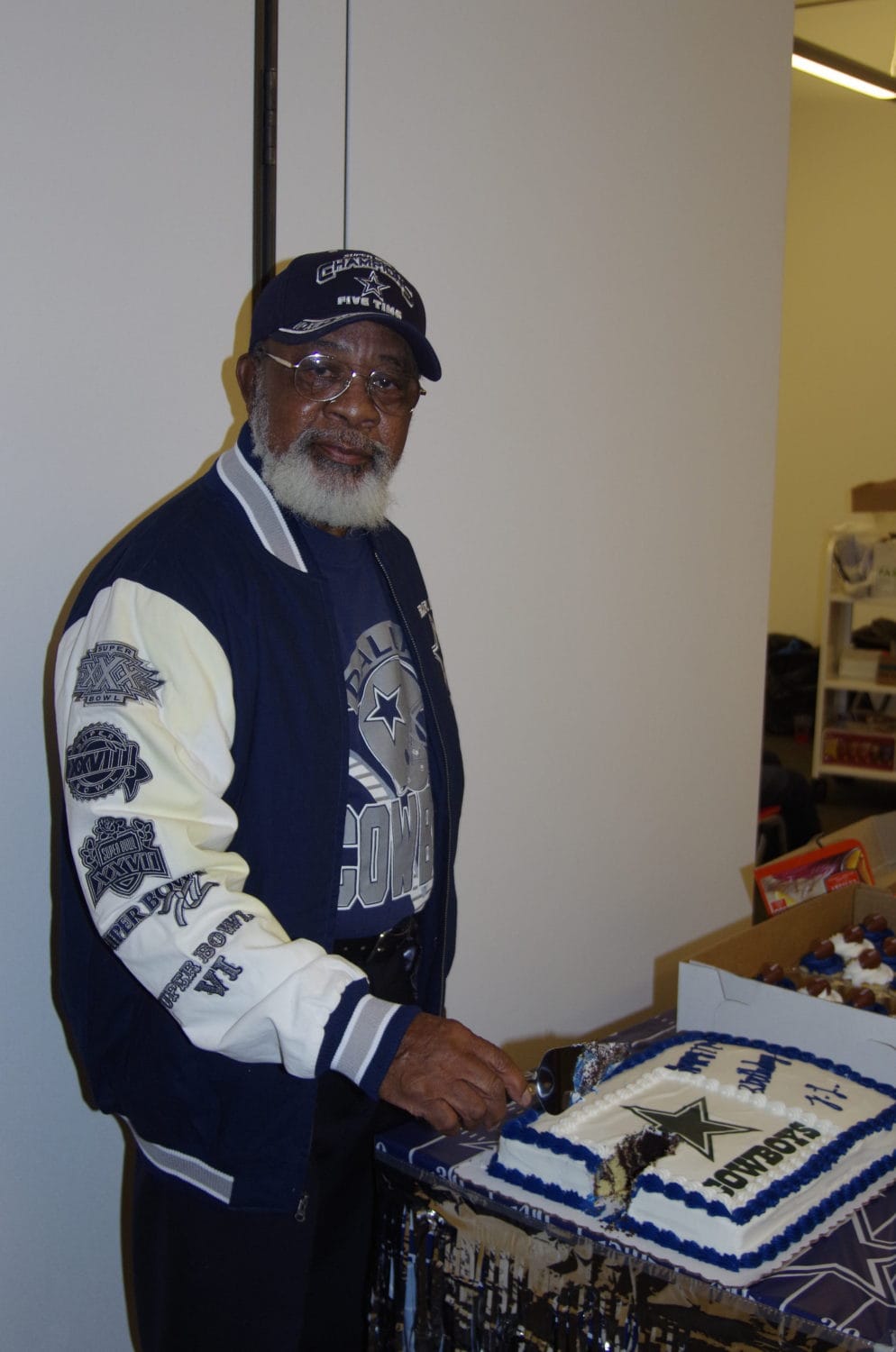