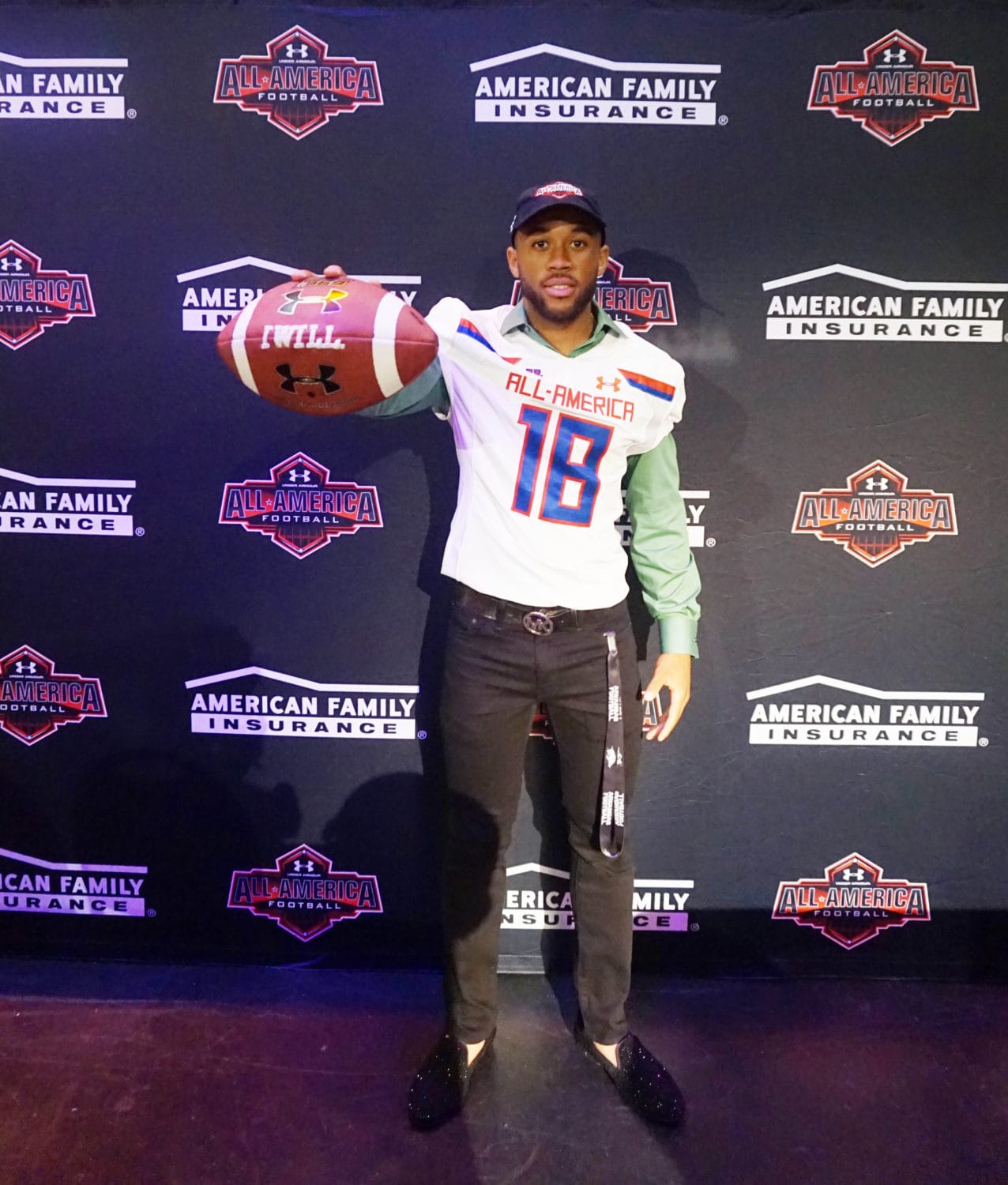 DESOTO—Defensive back Byron “B.J.” Hanspard Jr. was officially honored with his Under Armour All-America Game jersey on Tues., Oct. 3 in front of his teammates, family, coaches, and fellow students during a press conference ceremony at DeSoto High School as part of the American Family Insurance Selection Tour.

Hanspard is the No. 13 ranked athlete in the country and a top-15 overall prospect in the state of Texas. He is committed to play collegiately at the University of Arkansas.

The culling process was done by a panel. They compared all the players on film and in person. Besides their ability on the field, they also looked at what type of character each player had off the field and with their team. 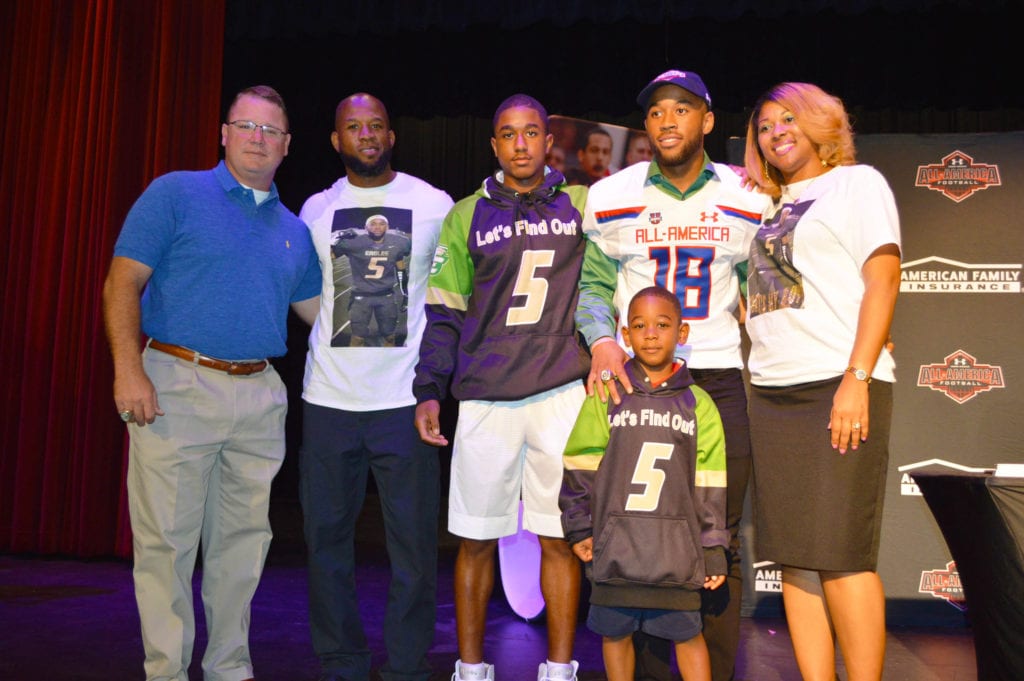 Hanspard, the son of former Texas Tech University standout Byron Hanspard — is committed to the University of Arkansas. He was an integral part of the defense that helped lead the Eagles to its first state championship in 2016.

Hanspard got his honorary game jersey during a celebration at DeSoto High School on Tuesday. The event was part of the three-month American Family Insurance Selection Tour for the Under Armour All-America Game.

Hanspard is one of more than 100 players selected to compete in the 10-year anniversary game of. The annual Under Armour All-America Game presented by American Family Insurance is a nationally televised game.