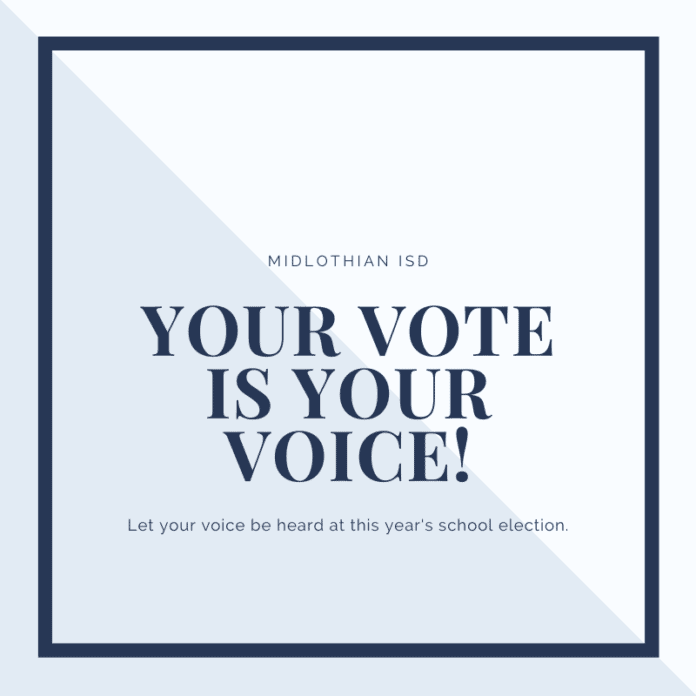 MIDLOTHIAN – Even if you do not have a horse in the race sometimes you still have a favorite horse you want to win.

That may be the case in the strange circumstances of the Midlothian ISD school board race next month. There are two positions with candidates running against incumbents: Place 6 and Place 7.

After looking at MISD campaign financials in part motivated by the mysterious case of if Taya Kyle is running for Place 7 or not. There were some interesting discoveries, making us wonder who is supporting whom in the upcoming races and what is their motivation.

During the Chamber of Commerce Candidate forum, Tonja Millet posted, “Tom Moore must have upped the ante in how much he’s paying Taya to run. Gotta buy those school board votes for contracts that benefit former and current school board members.”

Former Midlothian ISD trustee Tom Moore and his wife donated $500 to Kyle’s campaign back in February.

Kyle had initially been running for the seat but then in late August announced she was withdrawing to focus on her family. In recent weeks, her desire to take the Place 7 seat from incumbent Andrea Walton has been refueled.

Focus has made numerous attempts to contact Ms. Kyle via phone, email and Facebook but she has not responded.

A Closer Look At Campaign Contributions

Supporting his friends in the city, Moore no longer lives in Midlothian, but when asked why he still took part in Midlothian politics he said because “most of my friends are still there.”

He also said his children graduated from Midlothian, his wife taught there, and he also served on the ISD board.

While on Facebook there have been questions about Moore’s contribution to the Kyle campaign and his friendship with her, he said simply she is a friend he is supporting. He said he is aware political races are expensive so he made contributions to Kyle and two Place 6 candidates, Will Marks and David Thomas.

I implored Moore to have Kyle contact me for an interview since he had contributed to her campaign, but he said “I am not the person to get in touch with her to ask her to contact you.”

Place 6 Contributions-Why Is A Current Board Member Donating To A Candidate Running Against An Incumbent?

Moore also contributed to William Marks and David Thomas campaigns – both candidates are running against incumbent Tami Tobey for Place 6.

Moore said again, he contributed because he was contributing to several friend’s campaigns. Campaign finance documents show he donated $300 to the Mark’s campaign

“I have known Will Marks since he was five years old,” Moore said.

Smith did not respond to an email regarding his contributions to the Place 6 candidate challengers by press time.

Moore gave the Thomas campaign $150. It was noted on both Place 6 donations the money came from an account with a Midlothian address versus his current Waxahachie address.

Moore said there was a simple explanation. The bank account he used to donate to the Place 6 candidates still has his Midlothian address listed.

Moore, along with MISD trustee Carl Smith, sits on a non-profit called Mentor’s Care  founded by Dena Petty with the idea to connect at-risk high school students with adult volunteers to mentor students toward graduation and purposeful lives.

Editor’s Note: In some district’s like Cedar Hill and Mansfield ISD, campaign finances are posted online. This is not the case in DeSoto ISD, Midlothian ISD or Red Oak ISD.