He would attend the Cedar Hill High School football games with his father. Together, they shared memories of watching the Longhorns win consecutive UIL State Championships in 2013 and 2014, respectively.

“My father would say ‘your time is coming’ and I knew that I would take advantage of that,” Austin said.

Austin debuted on varsity last season, catching two touchdown passes as the Longhorns finished 9-3 and reached the second round of the playoffs.

On Friday, Austin will be one of 51 CHHS Senior Football Players honored during the Longhorns’ Senior Night/Home Opener vs. Allen High School. Cedar Hill (1-0) is ranked 12th in Class 6A, and Allen (2-0) is ranked fifth.

“I’d gone to their football camp and had been talking to their coach since last year,” Austin said. “I prayed on it and talked to my parents. I decided it would be the best place for me.”

Oklahoma Baptist finished 7-4 last season, but their 2020 has been postponed due to COVID-19.

Austin hopes to become a high school football coach after he graduates from OBU.

Coach Lynn Says Austin Is “Going to do well”

“Julian is a smart kid, and Oklahoma Baptist has high academic standards,” Cedar Hill Head Football Coach Carlos Lynn said. “He pretty much routes his course pretty well with his work ethic and how he goes about his business. He’s going to do well.”

Lynn graduated from East Central University in Ada, Oklahoma and played on ECU’s 1993 National Championship Team. ECU and OBU both compete in the Great American Conference, with OBU making the jump from NAIA to NCAA in 2015.

Austin appreciates everything he’s learned from Lynn and the coaching staff and hopes to pass that knowledge to a new generation of scholars.

Austin began playing football during his days at High Pointe Elementary and continued while he attended West and later, Bessie Coleman Middle School.

During his earlier years, he played defense, but since arriving in high school, he’s focused solely on playing wide receiver.

Over the summer, Austin had a chance to volunteer alongside former CHHS Longhorn Wide Receiver Quincy Adeboyejo, who starred in college football at the University of Mississippi and has competed in the NFL. Together, they delivered meals to families in need.

“It was great volunteering with Quincy, seeing smiles and giving back to the community,” Austin said. 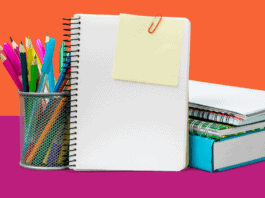 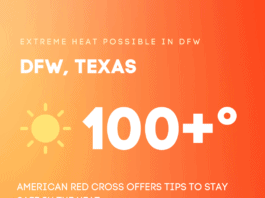