and, No, it never was going to be a Panther!

A few months ago I wrote that I had a special opportunity to drive the new 2017 Chevrolet Camaro as part of the Find New Roads campaign from Detroit to New York. I found the 2017 Chevrolet Camaro the best I had ever driven and loved it immensely. I felt so strongly about the next gen Camaro, that I wrote my article on the car while riding in the passenger seat while my son, David, drove it on the final leg of our journey. I posted my article to the internet via the onboard 4G LTE wi-fi hotspot built into the car – an innovative feature I absolutely love.

This week, I received a press release that the 50th Anniversary celebration of the Camaro will be held this August in Detroit (hold on folks, I’m sure there will be “sub-celebrations” throughout the country as well – keep up with FocusDailyNews.com and the newspaper itself for updates).

On June 28 1966, 1966 Chevrolet officially introduced the public to the “Camaro”, so it’s fitting that the announcement of the anniversary celebrations are being announced fifty years to the day after the Camaro name was publically revealed.

Festivities that have been announced thus far include:

“Over the past half-century, the Camaro has fostered enthusiasm, camaraderie and memories like few other vehicles,” said Steve Majoros, marketing director of Chevrolet Cars and Crossovers. “It’s a passion Chevrolet takes seriously and the activities this summer are a way of giving back to those who have made the Camaro an icon.”

“This is an unprecedented opportunity to get a behind-the-scenes look at building the Camaro from the ground up,” said Todd Christensen, Camaro marketing manager. “Whether you’re a Camaro owner or simply a fan, it’s an event you won’t want to miss.”

The original June 28, 1966, announcement of the Camaro’s name was a tongue-in-cheek press conference hosted by Chevrolet general manager Pete Estes, who announced everyone in attendance – including reporters from 14 cities on the line in a first-of-its kind teleconference – were charter members of the Society for the Elimination of Panthers from the Automotive World. He said it was the first and last meeting of the group, before revealing the name Camaro.

The Panther reference had floated in the news for the previous two years, when word got out Chevrolet was working on the Camaro. The project was code-named Panther, but Chevrolet had always intended to give the car a “C” name to follow the convention of its other car models such as Chevelle and Corvette. The “Panther society” press conference playfully put to rest the speculated name for the new car.

When asked about the meaning of Camaro upon its introduction, some Chevrolet managers reportedly said it was a small, vicious animal that ate Mustangs. The public got its first look at the all-new Camaro in September 1966. In its first model year, the Camaro achieved 220,906 sales. 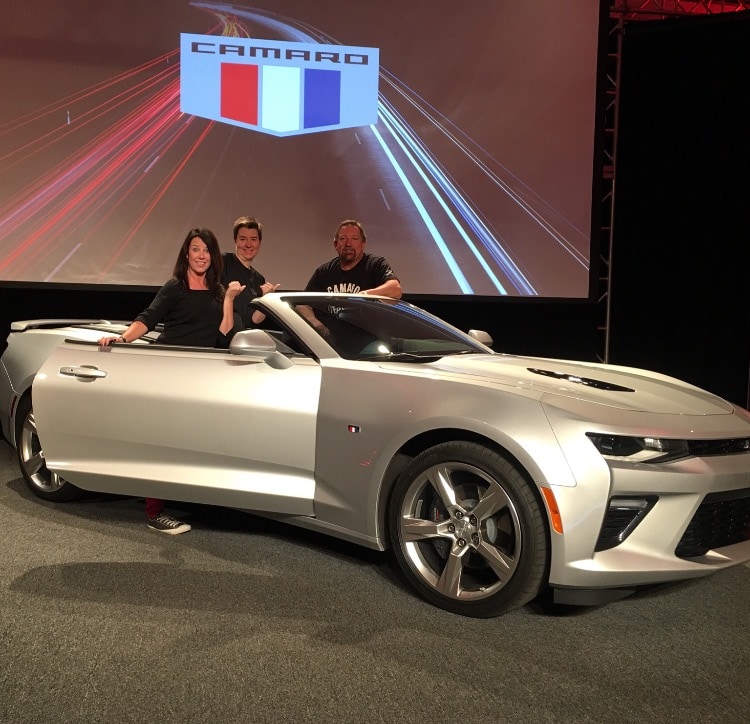