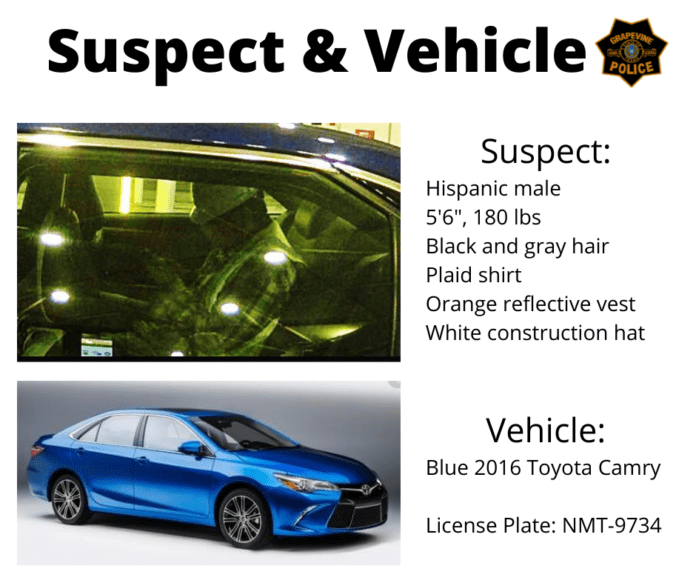 NEWS RELEASE – Grapevine Police are investigating a carjacking and assault that occurred shortly before 7am, and are seeking the public’s help in locating the suspect and stolen vehicle.

The victim is an Uber driver, and was dropping off a passenger outside the Amli apartments in the 400 block of Dallas Road when the passenger attacked him. The victim was stabbed multiple times before the suspect got in the driver’s seat and drove off.

The victim was spotted by residents in the area who called 911. He was taken to the hospital and is expected to recover from his injuries.

The suspect is described as a Hispanic male, approximately 5’6”, 180 pounds with black and gray hair. He was last seen wearing a plaid shirt, orange reflective vest and white construction hat. He may be driving the victim’s vehicle, which is a blue 2016 Toyota Camry with license plate NMT-9734.

Anyone who sees the vehicle or suspect should call 911 immediately and avoid any confrontations with the suspect, as he may still be armed with a knife.