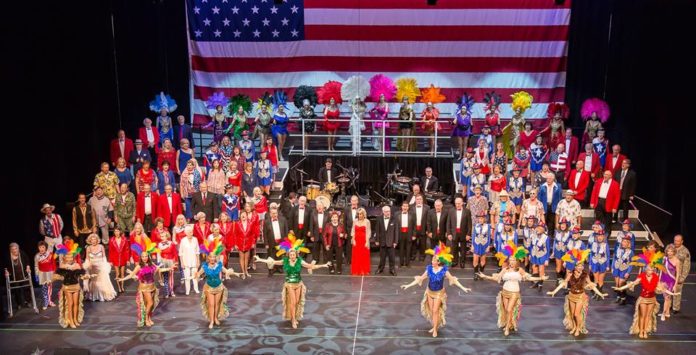 Presenting “A New Attitude!” for its 11th year, Spectacular Follies performances kick off September 12. The show runs through Sept. 15 with matinees at 2 p.m. daily. There is a special Saturday evening performance at 7 p.m. Sept. 14.

Late vaudeville performer Ned Startzel and Dallas showman Mark Carroll staged the first Follies in 2008. It provides a showcase for performers who love live theater and want to keep performing even if they are over 55. Starting with a cast of 40, the musical review was an instant success. The show entertains over 4,000 audience members with five performances annually.

Several new performance segments include a classical music portion, an acoustic segment, a country western “hoe-down” and tribute to one of country’s biggest stars, and Gospel music. Audience favorites like Rose-Mary Rumbley, Jackie Troup Miller, Class Act and Tap Dazzlers dance groups are also featured. A full orchestra will be in the pit, as well as onstage musicians. Old favorite numbers include a Broadway segment along with a patriotic finale saluting America are included.

The famous Follies Showgirls return to dazzle viewers with their lavish costumes and gigantic head dresses that rival anything Vegas might offer.

The mission of the Spectacular Follies is to preserve the traditions and legacy of the American performing arts for future generations. Also to provide community outreach that inspires all age groups, educate by example and reinforce the vibrancy of seniors by presenting high quality performances with senior entertainers 55 and older.

Spectacular Follies tickets are now on sale at the Eisemann Theater Box Office or by phone, 972-744-4650, ext. 4. Group discounts are available. Visit seniorfollies.com for more information.