DESOTO—The 2016 football season is over but the awards keep rolling in for Quarterback Shawn Robinson. Saturday Robinson was honored by Ford Motor Company as their Built Ford Tough Texas High School Football Player of the Year.

It’s no secret that Texas high schools produce some of the greatest college and professional football players in the nation. The 2016 season is no exception. For eleven years, Ford Motor Company has recognized these outstanding athletes through the Built Ford Tough Texas High School Football Player of the Week program.

Week 5 Player of the Week

Before Robinson was Ford’s Player of the Year, he was Player of the Week. In Week 5 of the regular season Robinson and Co. had just trounced an area rival Duncanville, 42-17.

When Shawn Robinson transferred to DeSoto last fall, Head Coach Todd Peterman already knew he had a good one. What he didn’t know that Robinson would be bring immortality to the DeSoto program.

Robinson led the Eagles to the program’s first-ever state football title in a 38-29 spine-tingler over Cibolo Steele at AT&T Stadium.

“Folks around here waited 60 years for this,” said Coach Peterman. “We put the ball into Shawn’s hands and he delivered.”

With the win, DeSoto produced a perfect 16-0 season. With a 28-10 halftime lead the Eagles held onto the heretofore elusive championship victory. Robinson hit on 17 of 24 passes for 222 yards; 2 TDs and rushed for 197 yards and a 17-yard first-quarter score.

Just as he found a home at DeSoto last year after stops at Fort Worth Chisholm Trail and Denton Guyer, he has also found next year’s home at TCU, where he enrolled in January. Owner of a solid A/B average, his coaching parents (mom is DeSoto’s girls’ basketball coach; dad is on the football staff) have seen to it that he’s very well-grounded.

While he’s already a Horned Frog, high school traditions aren’t lost on him. He says he still plans on attending the football banquet, the senior prom, and graduation at DeSoto.

“Nothing Shawn does surprises me,” says Coach Peterman. “His dad and I are very close, and I’ve known Shawn since he was an infant. He’s a humble young man and his teammates love him. He bonded with them instantly and that’s the way he is around everyone. 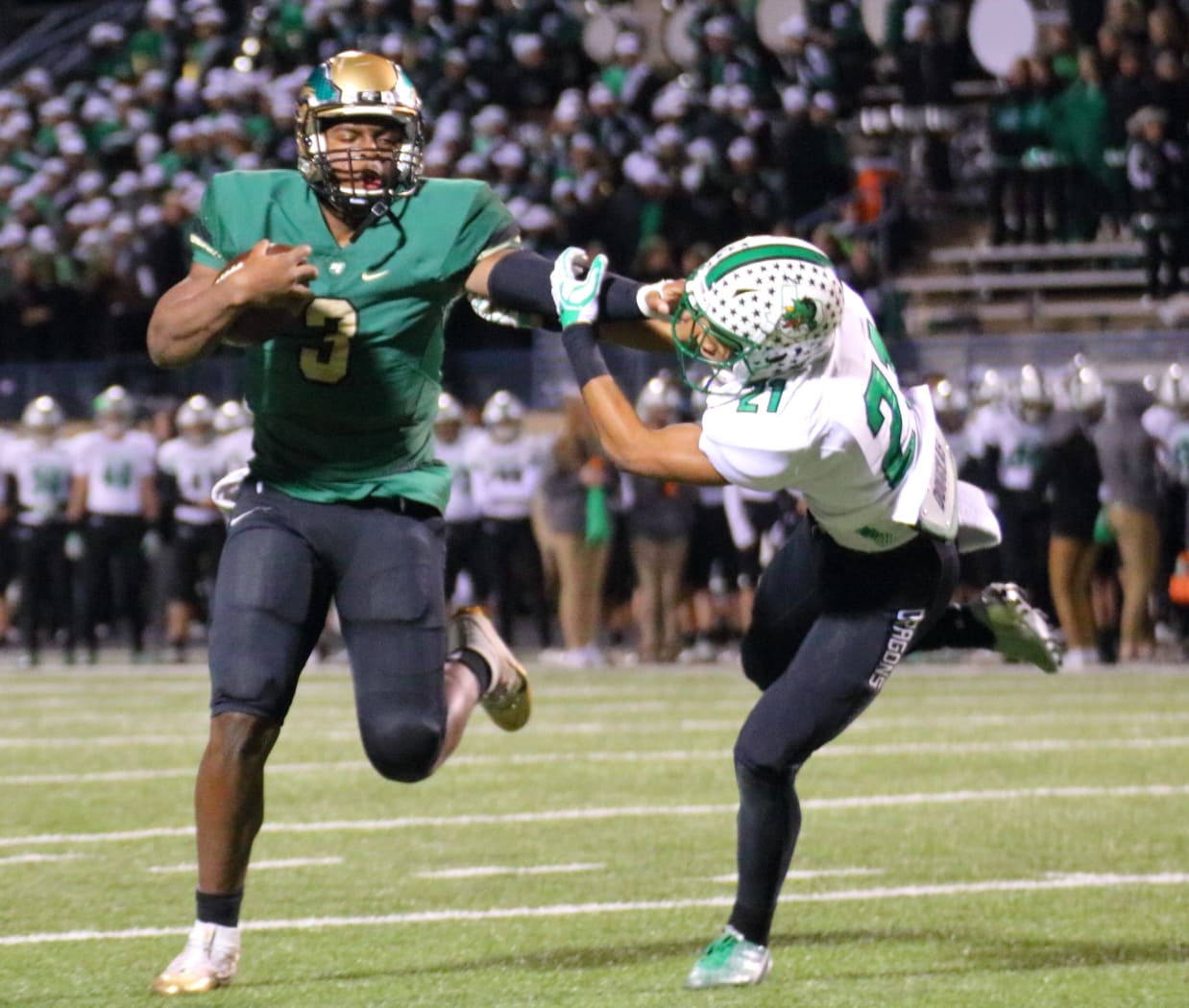