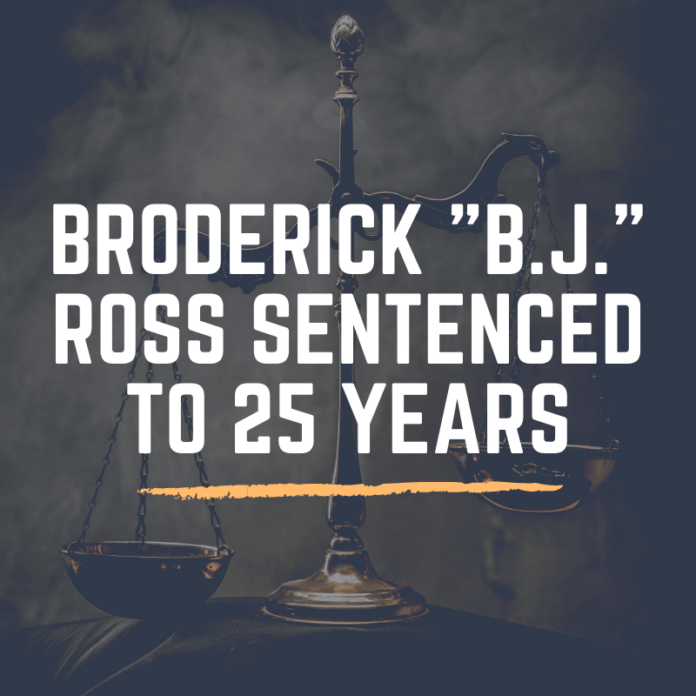 (Fort Worth, TX) – Tarrant County Judge Wayne Salvant on Tuesday sentenced former college football player Broderick “B.J.” Ross to 25 years in prison for his role in the death of a North Texas man.

Ross, a former quarterback at McMurry University in Abilene, pled guilty to murder in this case.

Chris-Dion Russell, 29, was robbed and killed in Fort Worth on January 11, 2017.
Dontrell Dock, a former running back for McMurry, previously was convicted of felony murder for the shooting death of Russell and sentenced to life in prison.

Salvant said Tuesday that he can’t look into the future to see what Ross will do.

“What I can do is judge your actions in the past, … which is not very good,” Salvant said. “This is a very serious case.”

Salvant said that he factored in to his decision the fact that nearly two dozen letters of support were submitted on Ross’s behalf – and that he comes from a good family.

“Your co-defendant got a life sentence,” he said. “There is something redeemable in you. I
needed to give you something to get your attention. We have a young man who is dead.”
Assistant Criminal District Attorneys Marcus Hanna and Kacey Fickes prosecuted this case.
Judge Salvant presides over Criminal District Court No. 2.