An enthusiastic audience of students, teachers, community leaders and civic officials turned out December 4th for the groundbreaking of PlayGrand Adventures in Grand Prairie. The unique, ten-acre playground will feature adventure play zones that stimulate and encourage development of several skill sets.

Plumer said, “The PlayGrand Adventures project is a very important addition to the park system, the City of Grand Prairie, and EpicCentral. This was evident in the number of people who turned out for the Ground Breaking. We have estimates that more than 250 people braved the cold morning to celebrate the beginning of construction of Phase I.

“This project has touched so many people in the community, the excitement and enthusiasm was on full display,” Plumer said. “City staff and volunteers have been at many city events, civic organizations and schools talking about the playground and raising support. From tile painting events, car washes, and a city sponsored carnival, fund raising has been an entire community effort.”

PlayGrand Adventures Phase I will be completed in the fall of 2019. Tentative grand opening events are scheduled for October 2019. Phase I will include The Adventure Zone, offering high intensity play for all ability levels. The zone will feature vibrant and whimsical play equipment, with a wide variety of play opportunities.

Grand Prairie citizens voted to use a portion of their tax dollars for the construction and operation of Epic Recreation Center, popular Epic Waters indoor-outdoor water park that opened in January, and an all-inclusive PlayGrand Adventures playground. 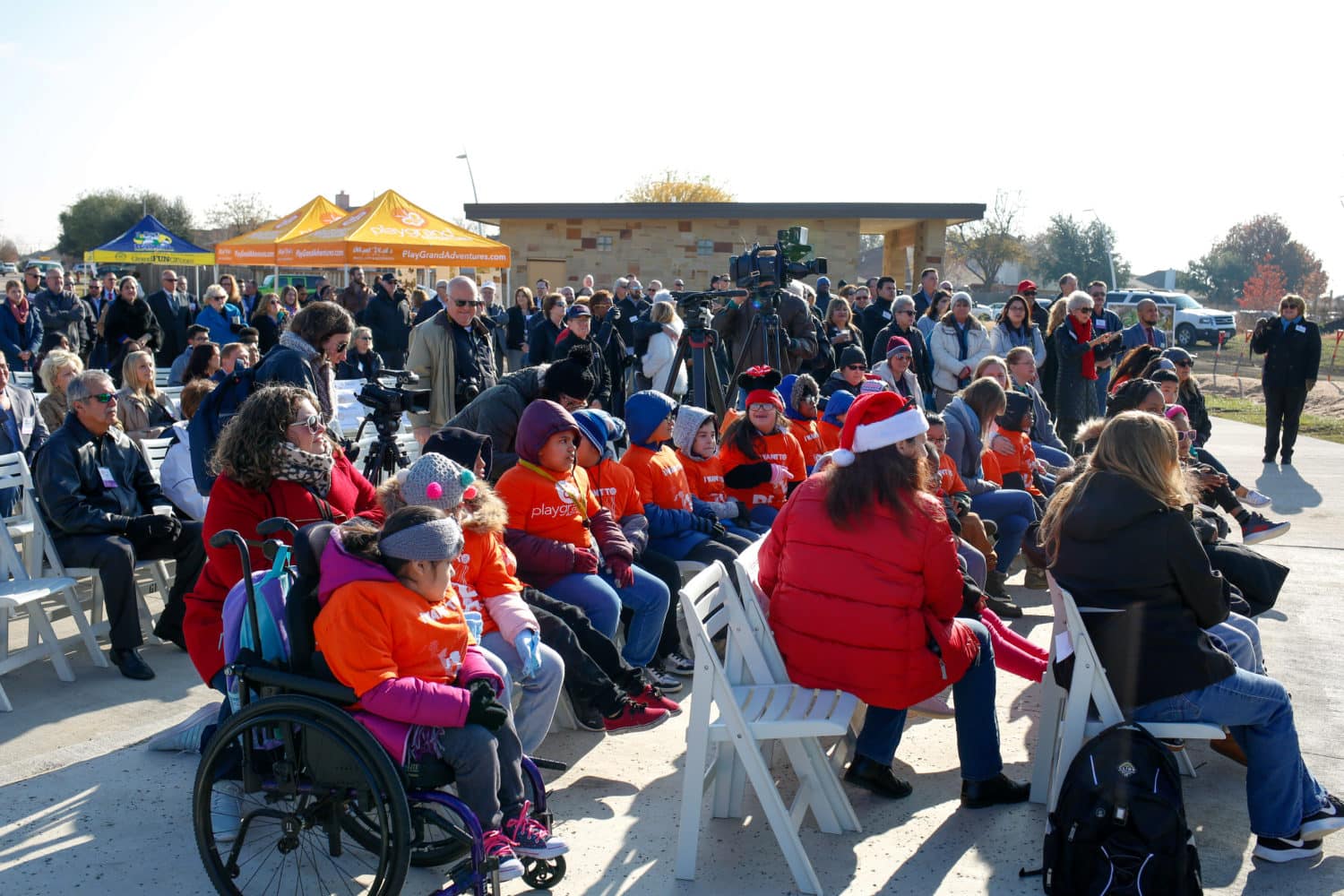