The first phase of a new 30,500-square-foot two-story building between the Develop­ment Center and City Hall was completed in January. The new digs are easily accessible from Main Street.

The $15 million addition, City Hall Central, connects the existing City Hall with the city’s Development Center. It was constructed with an idea to not only increase building security, but to consolidate city offices. This consolidation will help increase work efficiency among departments and will make it easier for visitors. The new complex also addressed structural challenges that were apparent in the existing century-old city buildings.

“Our new City Hall is a point of pride for both employees and citizens,” Deputy City Manager Steve Dye said. “The attention to detail and modern design has created an environmentally friendly space that is accommodating to all who utilize it.”

Grand Prairie officials are also proud of the new safety features in the City Hall Central building. These safety features include bullet-resistant glass, Kevlar walls and a secure front desk for visitor check-in. As well, there is a sound mask­ing system in the ceiling of both floors creating white noise. The white noise will allow employees to work more effectively in an open environment.

In 2020 while phase 2 renovations are underway at the existing De­velopment Center, renamed City Hall East, city service business will be conducted at the following locations:

Code Compliance, Information Technology, Communications and Mar­keting, Fire Prevention – customers may enter at the new City Hall Central entrance and check in at the front desk;

“The new City Hall makes a gorgeous grand entrance to Grand Prairie, and our citizens deserve such a point of pride” said Grand Prairie Marketing Director Amy Sprinkles. “From a staff perspective, we love the connecting hallway between buildings, but I miss having the City Manager and Mayor next door to my office in what is now City Hall West.”

For more information on Grand Prairie city services or for questions concerning the new location at 300 W. Main visit www.gptx.org. 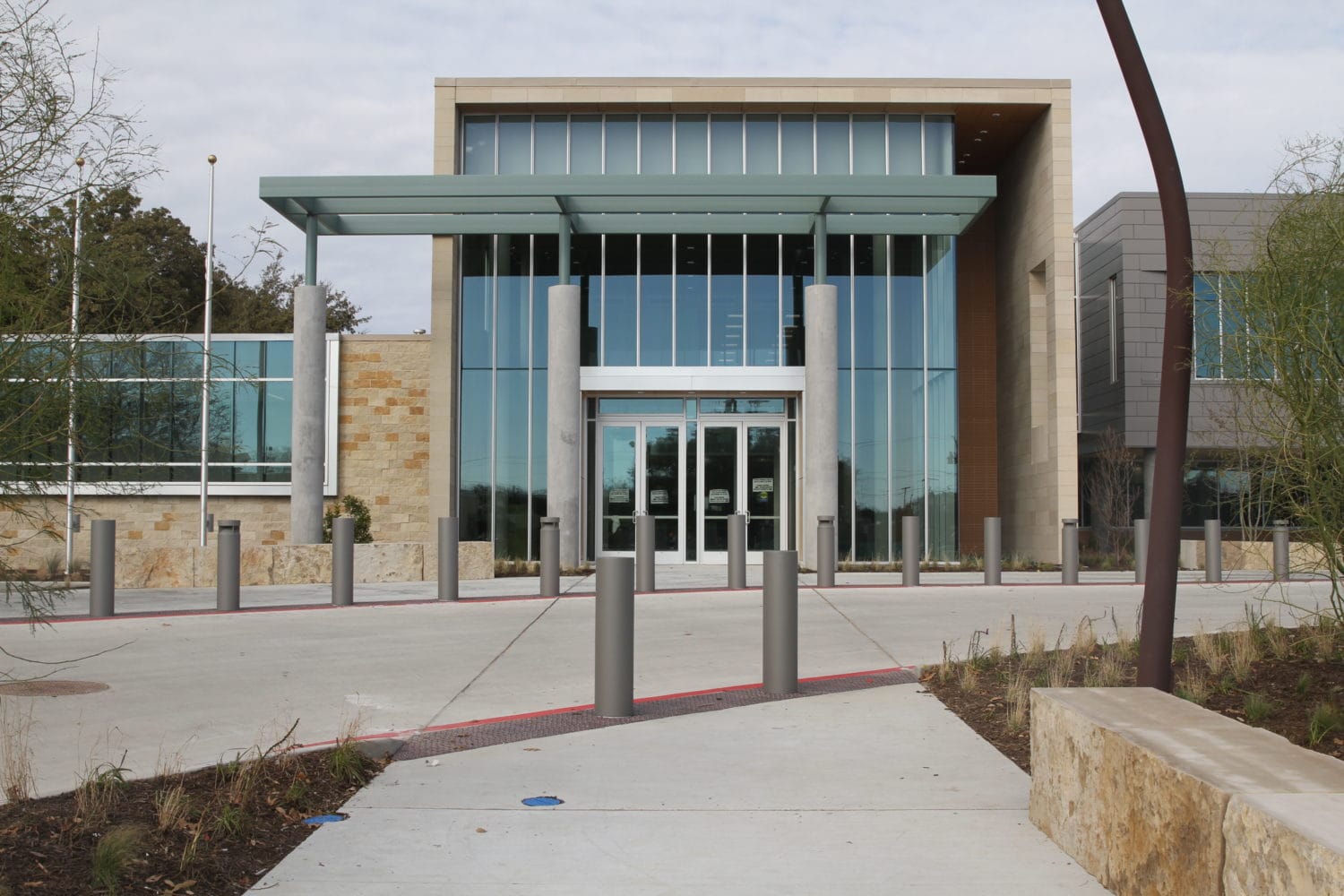