Manna House is a community organization who strives to give families a helping hand. It empowers them to rise above their immediate crisis with a sense of dignity. The Gobble Wobble race committee is excited to announce the community event raised $11,000.

Gobble Wobble promotes an active, healthy living lifestyle while supporting local efforts to feed the hungry during the Thanksgiving season. Groups who actively supported the race were the Rowdy Runners of several Midlothian ISD elementary schools, and Midlothian Running Club. Along with the race, other activities included music by DJ Madness and appearances by large, inflatable turkeys. Also special guest appearances by Batman, Spiderman, and the Gobbler Turkey, who led the race. The turkey rode in a jeep provided by Ellis County Jeep Club. 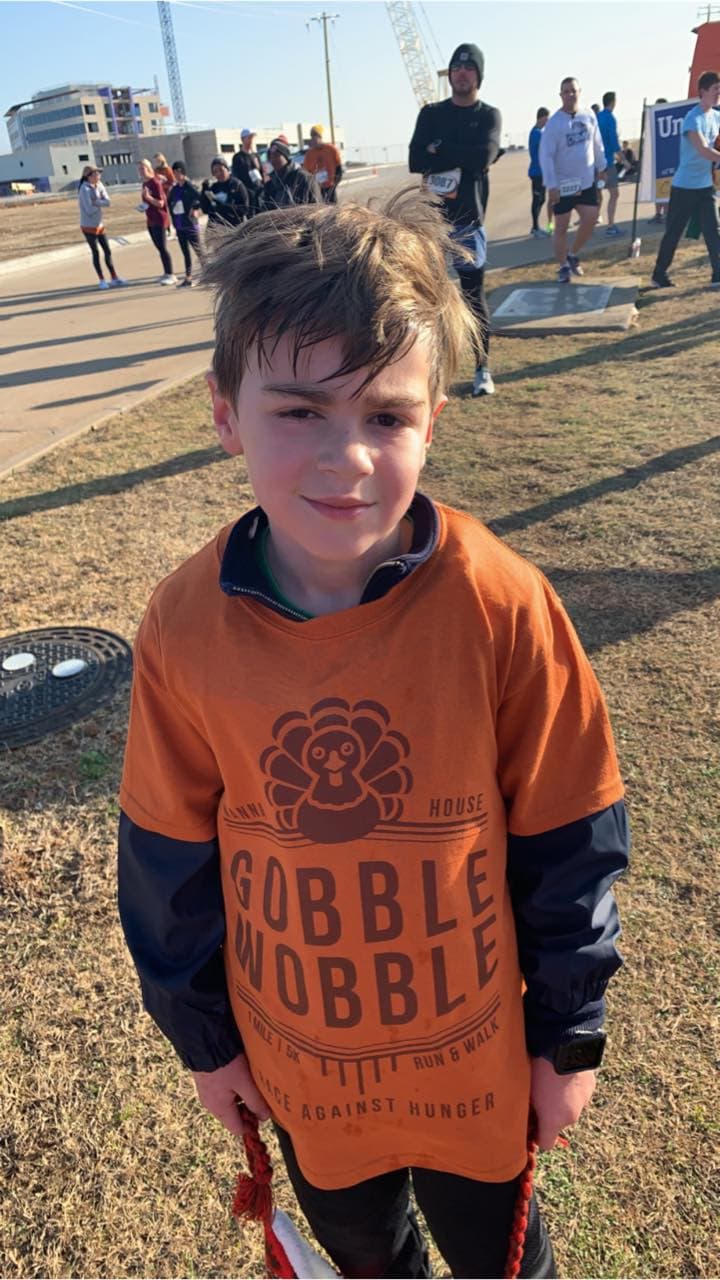 United Way’s executive director and race director Kasey Cheshier, a marathoner himself, ran the longer race. He then stood at the end, high-fiving participants as they crossed the finish line.

Cheshier said, “We were so excited to bring this high-quality event to Midlothian. l am excited about the turnout from the community during the first year. Likewise, I was thrilled about the amount of money raised for an amazing organization here in the region that is doing very important work… Manna House.”

Award winners for the 5K included Virgilio Martinez of Waxahachie, who was the “Overall-Male” champion with an amazing time of 15:50 minutes (a 5:06 min average per mile). Thirteen year old Jordynn West was the “Overall-Female” winner. Michael Helms of Ovilla won the “Masters-Male” division and Christy Rollins of Midlothian won the “Masters-Female” award. The elite race is designed to attract some of the best runners from throughout the region.

Renee Elliott of Midlothian Heritage High School, who recently finished in the top ten at the 4A UIL Cross Country State Meet, was the honorary race starter for both the 1 mile and 5k races. Jim Norris of MISD, Midlothian Mayor Richard Reno, and Executive Director of Manna House Sissy Franklin handed out awards to participants at the end of the race.

Race committee members included Norma and Craig Belcher, Marty Brasfield, Kasey Cheshier, and Meredith and Peter Chase. Also Justin Coffman, Sissy Franklin, Crystal Gaither, Anna Hammonds and Mike Marshall. They all played a vital part in making the event a success. The committee is also extremely grateful to the City of Midlothian and Midlothian Police Department for their partnership and support of the fundraiser.

Gobble Wobble Race Director Kasey Cheshier said, “The Gobble Wobble truly demonstrated the best of the community. It’s amazing to see so many come together to support those individuals in a time of need.”